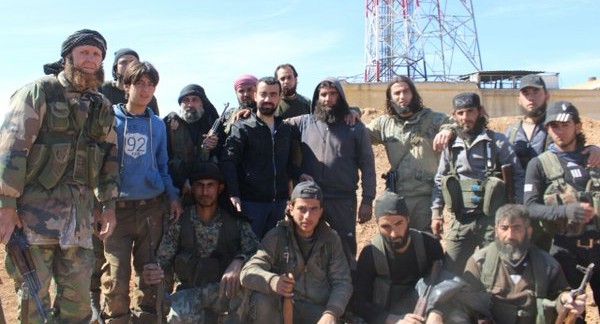 The Jaish al-Fatah bloc expanded their control near Khan Tuman, the town close to the Aleppo-to-Damascus highway that they captured last month. They defeated Iranian units and Iranian-led foreign militia to the east of the own, destroyed a battle tank and several vehicles. Among the area taken was a large military fuel depot (see map).

The rebels held the positions despite, in the words of one local source, “Insane air attacks on the battlefield. Russia and regime deploying everything that can fly.”

Pro-regime outlets have confirmed the loss of the territory as well as the villages of Khirbat Mirata and al-Qarassi.

Rebels are now attacking al-Humayra (see map) and, according to a source, “looting the Iranian weapons depots” near the village.

If the positions are maintained, the offensive will be the third major success for rebels and the jihadists of Jabhat al-Nusra in southern Aleppo in the last two months. At the start of April, they captured the town of al-Eis on the Aleppo-to-Damascus highway. In early May, they moved into Khan Tuman, overrunning the Iranian-led units and inflicting scores of casualties. The Iranians and foreign militias lost more troops in subsequent failed attempts to retake the town.

On the frontline with advancing rebels:

A report from the captured fuel depot:

Video has also been posted of captured Iranian-led foreign militia. 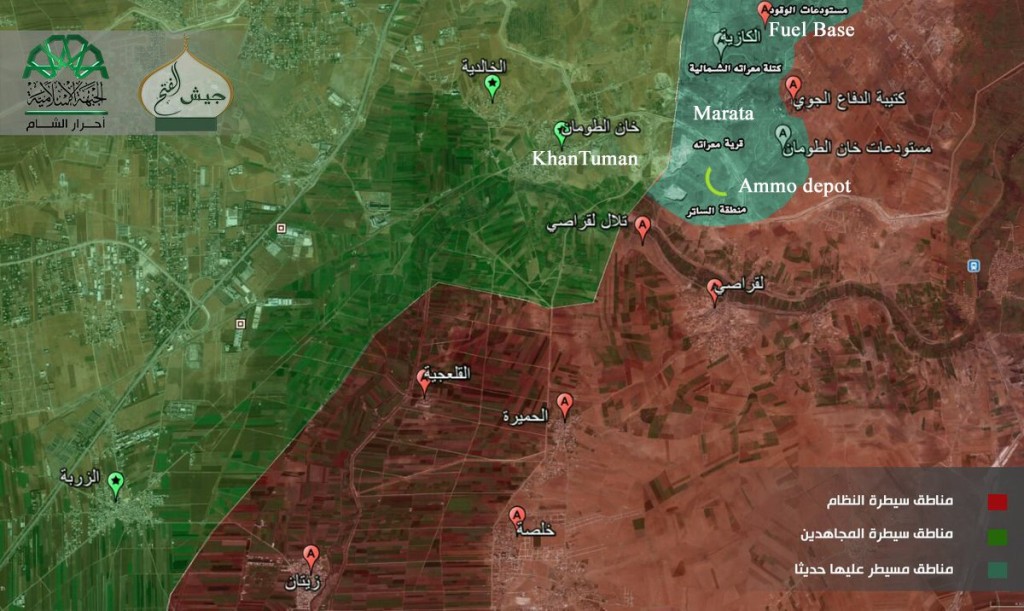