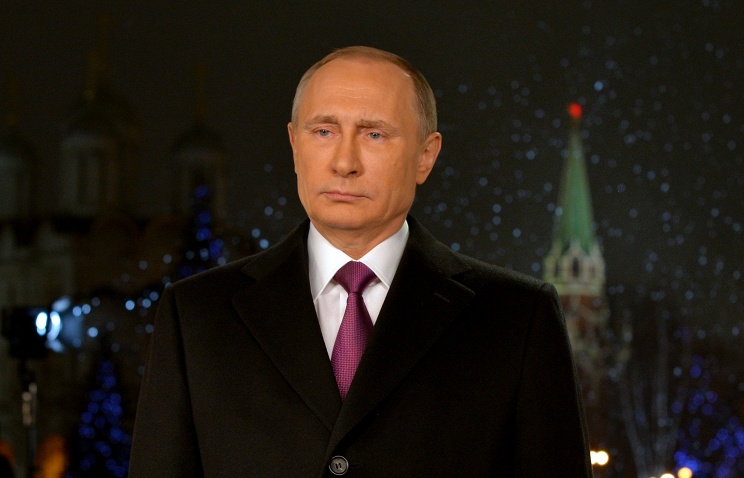 Analysis: Obama — We Just Need Better Packaging of Our Strategy

Continuing its propaganda campaign and pressure on Washington, Russia has said that the US is only pretending to fight the Islamic State inside Syria.

It will suffice to say that US pilots that have flown in the sky over Syria and Iraq for a whole year “have not noticed” convoys of fuel tanker trucks with smuggled oil that feeds the terrorists’ forces.

Generally, an impression is being created that the US-led coalition is hostage to its politicized approach and is rather imitating the struggle against the IS.

Russia has claimed that the Islamic State is the focus of its bombing campaign since September 30, although more than 80% of airstrikes have been on opposition-held territory. Moscow has also claimed, without evidence, to have destroyed more than 1,000 Islamic State “fuel tanker trucks” — in reality, trucks of local drivers carrying the oil for several dollars per barrel.

Having criticized the US for not carrying out effective airstrikes, Syromolotov said that Washington and its allies should not be attacking at all: “The actions of the US-led anti-ISIL coalition in Syria are in principle illegitimate – the sovereignty of that state is openly violated, as neither the UN Security Council, nor official Damascus gave their permission to bombings of Syria to coalition forces.”

Since the start of its intervention, Russia has denounced the US for a supposedly impotent approach to the Islamic State, while pressing Washington to accept Moscow’s own attacks on Syrian rebels and a political resolution that will keep the Assad regime in power.

Syromolotov repeated Russia’s latest maneuver, set out by Foreign Minister Sergei Lavrov on Wednesday, for “acceptable” negotiations. Moscow is trying to exclude two leading rebel factions, Jaish al-Islam and Ahrar al-Sham, from any participation with their inclusion on a list of “terrorist” groups.

The Deputy Minister said, “Jaysh al-Islam and Ahrar ash-Sham are criminal terrorist organisations that should be liquidated, and their criminal activity — stopped. There is, believe me, convincing evidence to this that is also known to our foreign partners.”

Meanwhile, President Vladimir Putin implictly referred to the Syrian intervention in his New Year message, “I would like to address special thanks to those of our military servicemen who are waging a war on international terrorism and safeguarding Russia’s national interests far away from home.”

Kurdish militia, allied with a dissident rebel faction, have taken territory from other rebels in northern Aleppo Province.

The Kurdish forces claimed the capture of the village of Tanab, near the town of Azaz on the Turkish border.

Fighting erupted last month when the dissident faction Jaish al-Thuwar, led by one-time US favorite Jamal Maarouf, moved into several rebel-held villages. Meanwhile, there were clashes in the area between the Kurdish canton of Afrin and opposition-held Azaz.

A ceasefire was reached in early December, but clashes resumed earlier this week.

There are unconfirmed claims that the Kurds and Jaish al-Thuwar also occupied the village of Tat Mrash on Friday.

Amid Russian bombing and an escalation in Iranian ground forces in Syria this autumn, Velayati has said several times that the retention of Assad and the regime is a “red line” for Tehran.

The security of [the] region is the security of Iran. If Iraq or Syria or any other neighboring country is in danger…, we should not remain indifferent. So…on the base of the request of the legal governments of Baghdad and Damascus, we have tried to help these two governments to fight against terrorism.

The aide backed Russia’s latest attempt to exclude certain rebel groups, such as the Jaish al-Islam and Ahrar al-Sham factions, from discussions. He said there could be no “negotiations with terror groups”.

After meeting Deputy Foreign Minister Hossein Amir Abdollahian, Hassoun said, “The Islamic Republic of Iran’s defense from Syria is not defending a specific person, but it is defending Islam and the Muslims against the enemies of Muslim world and also defending the axis of resistance against the Zionist regime.”