Syria Daily, Nov 3: Obama “No US Troops Except for Special Operations Forces” 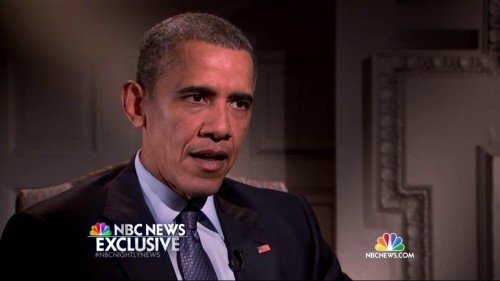 President Obama said on Monday that the US will not put troops into Syria, except for a small number of special operations personnel.

Obama told an American television network, “Keep in mind that we have run special ops already and really this is just an extension of what we are continuing to do. We are not putting US troops on the front lines fighting firefights with ISIL [the Islamic State].”

On Friday, the White House announced that special operations units would be inserted into northern Syria. Officials said “up to 50” personnel were involved.

The units are likely to be placed alongside Kurdish militia in northeast Syria. US officials have said that they want an offensive on the Islamic State’s center of Raqqa; however, Kurdish officials have indicated that this is not a priority as they consolidate their territory along the Turkish border.

Obama did not give any further explanation of the American strategy, saying, “I have been consistent throughout that we are not going to be fighting like we did in Iraq with battalions and occupations. That doesn’t solve the problem.”

Russia: We Are in Contact With Opposition and Its Field Commanders for Our Airstrikes

The Russian military says it has established contact with leaders of the Syrian opposition and its field commanders.

The General said the military was ready to “cooperate with all Syrian patriotic forces struggling against terrorists from the Islamic State and Jabhat al-Nusra”.

He did not say which groups gave the coordinates to the Russian air force; however, a Syrian opposition journalist offered an explanation that the Kurdish militia YPG are involved:

The rebel counter-offensive has advanced farther in northern Hama Province, taking the hilltop at Tel Othman (see map) for the first time.

Further to the east, the rebel coalition Jaish al-Fateh has closed on Morek, putting more pressure on the town on the Hama-to-Aleppo highway.

Supported by the Russian military, the Syrian military launched an offensive — the first of its six fronts — across northern Hama Province on October 7. The advance soon stalled, however, and the rebel counter-offensive later in the month has reclaimed all of the territory except for a single village. The rebels have then seized regime-held areas to reach the outskirts of Morek, held by the Syrian military since last October.

Russia has proposed another meeting between Assad regime officials and selected opposition members in Moscow next week.

“We will invite opposition representatives to a consultation,” Deputy Foreign Minister Mikhail Bogdanov said, “The meeting…will possibly be with the participation of government representatives.”

Foreign Minister Sergei Lavrov will meet the UN envoy to Syria, Staffan de Mistura, in Moscow on Wednesday, according to the Foreign Ministry said. De Mistura has been in Damascus briefing the Assad regime about Friday’s international talks in Vienna.

Ministry spokeswoman Maria Zakharova told a Moscow radio station that Russia handed over a list of 38 acceptable Syrian opposition figures to US, Saudi, and Turkish Foreign Ministers in Vienna last week: “We have been working with these organizations, both in Moscow and in European capitals and in the Middle East, for four years.”

She said the Russian list “partially coincides” with that of the US and Saudi Arabia, who had added some organizations to their preferences.

Russia has hosted inconclusive talks between regime delegates and nominal representatives of the opposition in early 2014 and in January and April this year. The discussions have failed even to agree an agenda.

Another Iranian Commander Killed in Syria

Another commander of Iran’s Revolutionary Guards has been killed in Syria.

Colonel Mostafa Ezzatollah Soleimani died in Aleppo Province. Before going to Syria, he led the elite Battalion of the Hazrat Bani Hashem (AS) Brigade 44 in western Iran.

It is not clear whether Soleimani was killed in fighting with the Islamic State east of Aleppo city or in battles with rebels to the south.

The colonel is the 6th Guards commander to be slain in Syria — including Iran’s overall commander in the country, General Hossein Hamedani — since October 7.