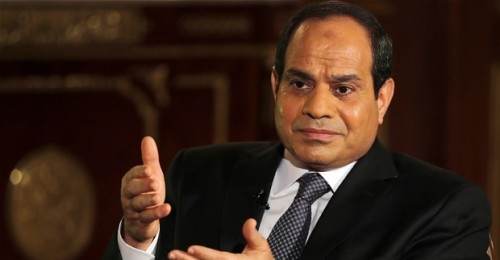 The Obama administration secured vital support for the Iran deal last week, after it emerged that at least 42 senators endorsed the proposed agreement, announced in July in Vienna at a summit between Iran and world powers. The White House won’t have to veto a congressional bill aimed against it, meaning the pact’s smooth passage is now more or less a fait accompli.

That, of course, doesn’t mean the rancorous debate over the rights and wrongs of the deal will end. The threat of Tehran’s nuclear program has seemingly sucked up all the foreign policy oxygen in Washington in recent months and will stalk the election campaign in the months ahead, beginning with a Donald Trump-Ted Cruz rally last Wednesday in the capital.

Yet, removed from the bluster in Washington, the Middle East’s most vexing challenges have little to do with Iran’s capacity to build a nuclear weapon — one that a consensus of arms control experts believes will be curtailed by the current proposed agreement. Here’s what is far more of a problem.

The current refugee crisis in Europe has highlighted the ordeal of tens of thousands Syrian refugees fleeing war and hardship. While there’s now plenty of scrutiny on the continent’s disorganized systems for asylum and immigration, as well as a stirring degree of global sympathy for the Syrians’ plight, less has been said about the root cause of the influx.

That’s perhaps understandable. The brutal Syrian civil war has raged for more than four years, killing at least 300,000 Syrians and displacing roughly 11 million more — about half the country’s population. But despite its horror,the geopolitical complexity of the conflict has led to strategic paralysis and public apathy elsewhere.

Support for the regime of Syrian President Bashar al-Assad from countries like Russia and Iran remains strong, while much of the international community views the motley opposition with apprehension. All the while, the Assad regime continues its merciless barrel bombing of civilian population centers and a constellation of rebel factions, foremost among them the barbaric Islamic State, take part in their own share of atrocities.

The beleaguered United Nations envoy to Syria has admitted that diplomatic efforts to broker a truce are “stuck.”

The spread of the Islamic State

The extremist organization still controls stretches of territory in Syria and Iraq, including the major Iraqi city of Mosul. It still presides over a brutal campaign of pillage and slaughter, enslaving and butchering minorities, whiledestroying priceless pre-Islamic antiquities and heritage sites as the international community looks on helplessly. Nearly 13 months of a U.S.-led air war against the jihadists has yet to adequately dislodge the group from its redoubts, and has likely also led to dozens of Syrian and Iraqi civilian casualties. Moreover, the reach of the Islamic State appears to be growing: Its operatives have taken credit for attacks in Europe, allegedly plot strikes as far afield as Australia and the United States, and have opened prominent branches from Libya in the west to Afghanistan in the east.

The war in Yemen

Lost among the headlines last week was a startling development: Dozens of soldiers from the United Arab Emirates had been killed amid the conflict in Yemen. The casualties underscored the extent to which the oil-rich Persian Gulf states have gotten involved in Yemen’s own miserable civil war. This week, Qatar announced it would deploy 1,000 of its own troops in a bid to combat the country’s Houthi rebels, who have loose backing from Iran. Led by Saudi Arabia, the Gulf states’ military intervention into Yemen has involved months of blockades, withering aerial bombardment and a further unraveling of the little that was left of the failing Yemeni state.

According to the United Nations, since the beginning of the Saudi-led campaign, which some observers deem a costly strategic blunder, nearly 1.5 million Yemenis have been forced from their homes and almost half of the country’s population is in need of urgent food aid.

It’s been a bloody summer in Turkey. Starting in July, a fragile peace between the Turkish state and the PKK, a Kurdish separatist guerrilla outfit deemed a terrorist organization by Ankara and Washington, collapsed. Since then, more than 100 Turkish security personnel have been killed in bomb blasts and targeted attacks, as well as dozens, perhaps hundreds, of PKK fighters in airstrikes and counter-insurgency operations.

Critics of Turkish President Recep Tayyip Erdogan say his government, led by Davutoglu, is deliberately fanning the flames of anti-Kurdish sentiment ahead of fresh elections scheduled in November. In June’s vote, the pro-Kurdish HDP secured a historic 14 percent of the vote and broke the parliamentary majority of Erdogan’s ruling party. On Tuesday night, dozens of HDP officeswere reportedly targeted in what appeared to be a coordinated assault on Kurds and Kurdish institutions by nationalist mobs.

The Turkish military, meanwhile, pressed into Kurdish areas in northern Iraq, a mark of how Turkey’s own civil conflict perennially risks turning into  a regional conflagration.

Over the summer, in separate acts of protests, tens of thousands of Lebaneseand Iraqis took to the streets of their nations’ capitals in heated anti-government demonstrations. Both countries are cast as sectarian powder kegs, but the protests illustrated a different tension: the broader anguish of ordinary citizens frustrated by corrupt governance and feckless political elites. While security wonks fret from afar about these governments’ ability to counter terrorism and militancy, the demonstrators sought something that’smore elusive, and perhaps more vital: accountability.

The zombie afterlife of the two-state solution

The two-state solution — the plan for a separate, viable Palestinian state existing alongside Israel — is, at best, a distant prospect. Many people of differing political persuasions contend that the idea, which has been an article of faith for successive American administrations, died a while ago. U.S. Secretary of State John F. Kerry made an exerted effort to kick-start the stalled process, but talks collapsed by the spring of 2014.

Some senior members of the right-wing government of Israeli Prime Minister Benjamin Netanyahu don’t hide their disdain for the very notion of Palestinian sovereignty. If the new status quo needed to be hammered home any further, a Republican presidential candidate recently curried favor among Israeli settlements whose existence are considered illegitimate by the U.S. government and the bulk of the international community. (Those settlements in the West Bank aren’t going anywhere, and are expanding.)

A host of Western governments, increasingly exasperated with Netanyahu’s government, have held parliamentary votes recognizing Palestine as an independent state; movements to encourage boycotts and divestment from Israel are growing more mainstream, particularly in Europe.

In the absence of any recourse for Palestinians to win equal civil rights under Israeli occupation, the specter of more violence and conflict looms. And given how widely troubles in the Holy Land register across the region, U.S. policymakers will eventually have to confront the post-two-state-solution — before it confronts the U.S.

Four years ago, the Arab world’s most populous state led the region’s most inspiring story. A pro-democracy uprising toppled an entrenched dictatorship; spring was in the air. That bloom of optimism for the Middle East has decidedly withered and in few places is the “Arab winter” as stark as Egypt: Since a 2013 coup installed former general Abdel Fatah al-Sissi in power, the country’s fragile democratic gains have been totally reversed. Dissidents have been rounded up and disappeared; journalists have been jailed.

Some boosters of the Sissi regime argue that this is the price of stability in the Arab world. But the facts prove otherwise. The country faces a desperate security crisis, particularly in the semi-lawless Sinai Peninsula, where elements of the Islamic State have reportedly now gained a foothold.