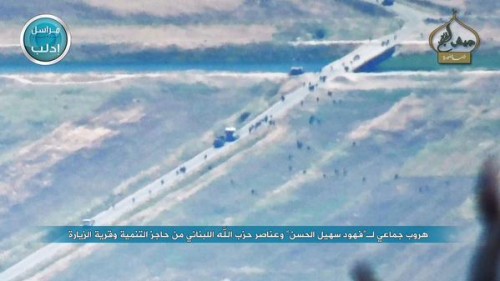 Syria’s rebels have advanced farther in the important offensive in the al-Ghab Plain in Hama Province, with regime forces falling back on two key military bases close to neighboring Latakia Province.

The rebel coalition Jaish al-Fateh took about 1/3rd of the Plain in the spring, as they moved south after taking almost all of Idlib Province in northwest Syria. Since then, territory has been handed back and forth, as the Syrian military — including elite forces and supported by Hezbollah fighters and Iranian-backed militia — tried to hold a defensive line.

Last week, Assad forces staged a brief counter-offensive in the Plain and even moved back into Idlib Province; however, rebels soon regained the initiative. They began taking areas in the west of al-Ghab, moving into Qarqur on Friday and al-Msheek on Saturday.

This morning reportedly and photographs claim that regime troops and Hezbollah retreating. They have given up the town of Ziyarah and also handed back towns such as Mansoura and Tal Wasit that they took in their counter-offensive.

Fighters and vehicles appear to be retreating to the two bases at Joureen, which both bombard Idlib and Hama Province and shield the Assad stronghold of Latakia Province on the Mediterranean.

If the Joureen bases cannot be held, then rebels can move on cities such as Latakia and Tartous, considered part of the regime’s essential defense line if there is a de facto partition of Syria.

Journalist Hadi Alabdallah with a fighter in front of a burning regime tank in Mansoura: 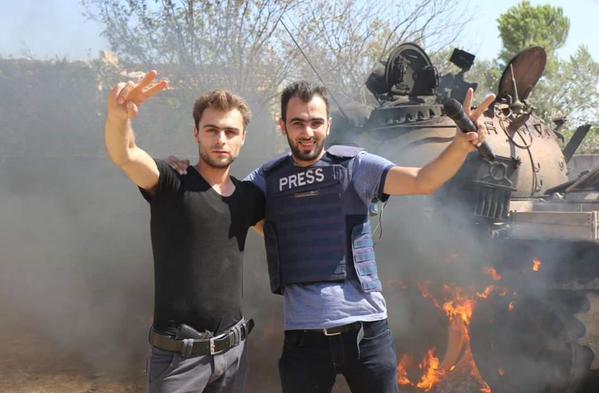 Al-Abdallah and rebels near Khirbet al-Naqous, also recaptured on Sunday: