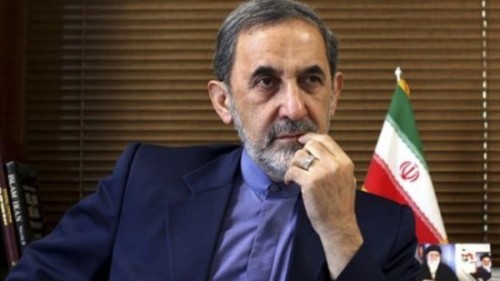 In another get-tough pose, even as Iran moves towards implementation of the July 14 nuclear deal with the 5+1 Powers, the Supreme Leader’s top aide for foreign policy has said that Tehran will never restrict its ballistic missiles.

Ali Akbar Velayati said the Islamic Republic will object to the UN Security Council resolution endorsing the nuclear agreement if it imposes the restriction: “The recent UNSC resolution on Iran’s defensive capabilities, specially its missiles, is unacceptable to Iran.”

Adopted on July 20, UN Resolution 2231 makes no direct reference to ballistic missiles, which can carry conventional or nuclear warheads. The nuclear deal, known as the Joint Comprehensive Plan of Agreement, prevents Iran from obtaining or exporting ballistic missile technology for eight years.

The Iranian Foreign Ministry made clear last week that Iran’s ballistic missiles are outside the provisions of the nuclear deal:

Within this framework, Iran’s military capabilities, including its ballistic missiles, are exclusively for legitimate defense; these equipment have not been designed for the capability to carry nuclear payloads and thus, fall outside the scope and the jurisdiction of the UNSC resolution and its annexes.

Velayati’s statement may be used by US-based critics of the nuclear deal to claim that Iran is resisting its provisions; however, it is unlikely to have any effect on the progress of the agreement through the Iranian system.

The deal, which has been presented to the Parliament, is to be formally endorsed by the Supreme National Security Council.

Instead, Velayati’s statement is part of a PR campaign, headed by the Supreme Leader, to show Iran’s strength and defiance against the “West”. amid Tehran’s concessions over its nuclear program:

This resolution has been prepared under the influence of expansionist western states to undermine Iran’s defense, and specially missile capabilities, and it is unacceptable from Iran’s point of view.

The goal of these moves by the UNSC which is under their (the western powers’) influence is to deprive Iran of its Islamic-Iranian identity, independence and territorial integrity, but Iran will not accept this and other similar resolutions.

Fars News, the outlet of Iran’s Revolutionary Guards, summarizes the message this morning:

Despite the damage done by the illegal sanctions regime, Iran’s real strength lies at home. It is the most democratic and stable country in the region. It is completely ethnically, religiously, culturally, and linguistically homogeneous AND united.

True, the US and Iran have come to a turning point away from an era of outright hostility. But as maintained by Supreme Leader Ayatollah Khamanei, it is wrong to assume the nuclear accord binds the two nations to years of engagement and leaves the door open to a far fuller relationship. As long as Iraq, Syria, Yemen, and Afghanistan are burning, it is a total no-no for Washington.