Syria Feature: The Islamic State’s War for Gas and Electricity 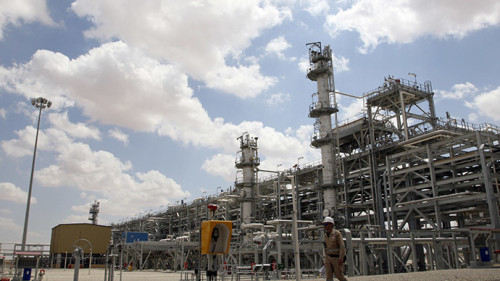 Yezid Sayigh writes for the Carnegie Endowment for International Peace:

While much of the world’s attention has recently focused on the threat of pillage and destruction posed by Islamic State forces to the ancient Syrian desert city of Palmyra, damage to the energy supply and potential earnings is probably a bigger concern for the regime of Syrian President Bashar al-Assad. The Islamic State immediately followed its May 2015 capture of Palmyra with the seizure of nearby gas fields, depriving the regime of 45% of its gas and electricity resources, according to Syrian opposition estimates.

The Fields Near Palmyra

The self-proclaimed Islamic State has had its eye on the regime’s gas resources since at least July 2014, when it overran some of Jabal Shaer, part of an area containing massive gas fields said to produce 3 million cubic meters (106 million cubic feet) of raw natural gas (also known as crude gas) per day. This is compared to an estimated total national daily output of some 14.8 million cubic meters in 2014, according to Syria’s Ministry of Petroleum and Mineral Resources.

Lying roughly 150 kilometers (93 miles) northwest of Palmyra, Shaer supplies the Ebla processing plant at Furqlus to the west, which provides commercial gas (also referred to as dry gas or treated gas) or methane to electricity-generating stations that feed into the national grid. Regime forces retained control of the actual gas fields in Shaer in July 2014, but the Islamic State seized four wells in a new attack in late October. Assad’s Syrian Arab Army once again retook the area, though the Shaer gathering station was severely damaged and most wells were shut down. A reduced supply resumed from nearby Chinese-owned wells nearby to the Hayan treatment plant and processing facility, which commenced activity in 2009 and which serves as a major LPG, oil, and condensate reserve distribution center to power plants in several parts of the country.

Faced with dense regime defenses around Shaer, the Islamic State shifted its focus to Palmyra, which has been the site of the most development in Syria’s gas sector since the mid-1990s. Fields in the area were expected to eventually produce 9 million cubic meters of crude gas per day. These included the Arak, Dubayat, Hail, Hayan, Jihar, al-Mahr, Najib, Sukhneh, and Abi Rabah fields, which according to a former industry insider have collectively been producing half of Syria’s output of natural raw and liquid petroleum gas. Palmyra is also the transit point for pipelines carrying gas from important fields in Hasakah and Deir Ezzor provinces in northeastern and eastern Syria respectively.

In short, Palmyra is the hub between the extraction or transfer of virtually all of Syria’s gas production and the processing and power plants further west that supply electricity and gas for domestic and industrial use to those parts of the country where most of the population lives.

On March 1, 2015, well over two months before their capture of Palmyra, Islamic State forces took the nearby gas fields at Hail — the largest in the Palmyra area — and at Arak, triggering power cuts in Damascus. Arak, which came online in 1995, also contains a gathering plant that links main gas flows from the Palmyra area to a central station in Homs, which is connected in turn to Banyas on the Mediterranean coast. Regime forces subsequently regained these fields, but the Islamic State took conclusive control of them on May 21, along with the nearby Jazl oil field and T3 pumping station to the east of Palmyra, which used to carry oil from Iraq en route to the export terminal at Tartous on Syria’s coast.

Gas: Acquiring Assets and Getting Higher Prices from Assad Regime?

A common assumption is that the Islamic State’s interest in seizing gas fields is primarily driven by the desire to acquire marketable natural resources, in much the way it has exploited oil fields in areas under its control. But in contrast to oil, which can be refined through rudimentary processes in makeshift installations, gas requires sophisticated purification equipment and specialized pipelines for transport.

The Islamic State controls one processing plant, known as “Conoco” after the U.S. company that built it. Located south of Deir ez Zor, it is said to still be functioning despite US airstrikes in its vicinity since September 2014, albeit at a significantly reduced level due to damage and lack of routine operational maintenance. The Islamic State is believed to use the plant, which derives liquefied petroleum gas (LPG) from the propane/butane cut of natural gas to supply cooking gas canisters for household use in areas under its control; however, its main production was of dry gas which was used to fuel the regime-controlled Jandar power station south of Homs, a supply that apparently continues at least for now.

As the example of the Conoco plant shows, most of Syria’s gas infrastructure is oriented to delivering gas westward, where most of the specialized processing and electricity generation plants lie under Assad’s control. So the immediate impact of the fall of Palmyra and its gas fields is to deny the regime an important source of energy production and revenue. This was almost certainly the logic of the Islamic State’s attacks on Jabal Shaer in 2014: degrading high-value regime targets rather than making lasting territorial gains.

Palmyra offers the Islamic State even greater opportunity to achieve disproportionate rewards — compared to its limited investment of combat manpower —and acquire strategic leverage. In 2013, more than 90% of Syria’s natural gas production was used to generate electricity, according to government sources. Data from 2012 showed that natural gas accounted for 6.3 million tons of oil equivalent in power generation, compared with 2.4 million tons of fuel oil.

As if to underline that the name of its game for now is denial of key resources to the regime, the Islamic State blew up a gas pipeline near regime-held Furqlus on May 31. Furqlus contains a “mega” gas field; excavation rights to the field were given to a Chinese company, but it is not yet under actual production. Of more immediate import is that the Furqlus site encompasses the Ebla treatment plant (previously operated by Suncor of Canada), the adjacent Russian-owned Gazprom treatment and distribution facility (some sources give this as Stroytransexport), and a large “tie-in” station connecting the oil and gas pipelines comprising the so-called Arab pipeline — Syria’s largest — to power stations and export terminals to the west.

So the Islamic State threat to Furqlus may be intended as a means of gaining leverage. The regime retains a very large, if old, production facility to the immediate north of nearby Homs. Conversely the Islamic State does not possess enough plants to enable it to produce and market usable gas for domestic or industrial purposes, and it is unlikely to capture what it needs in working order. So it may be seeking to compel the regime into an exchange: continued flow of gas from eastern fields to regime power plants in return for payment or electricity supply. This is the sort of deal that has allowed continued operation of the Euphrates dam near Raqqa, held by the Islamic State but maintained with technical assistance from the regime.