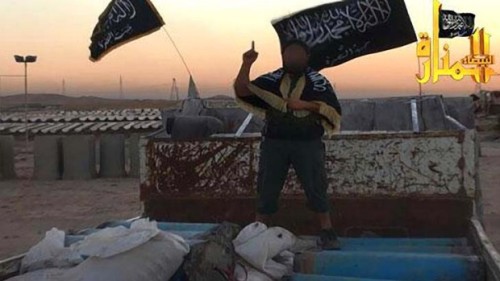 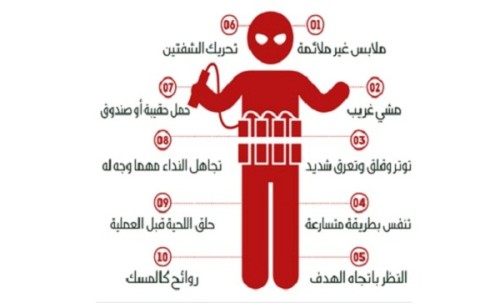 1. Clothes: Inappropriate clothing, too large or heavy because they hide explosives

2. Manner of walking: Usually strange because of the weight of explosives or the taking of a narcotic substance

3. Facial expressions: Signs of tension, anxiety, sweating, and spasm in the facial muscles

5. Eyes: Looking straight at the target without turning left or right

7. Packages: Explosives in bags or boxes

8. Lack of Response: No answers to any shouting

9. Facial coloring: Slightly-lighter color of facial skin because of shaving the beard shortly before the operation

10. Smell: Some suicide bombers wear strong perfume such as musk in preparation for the attack