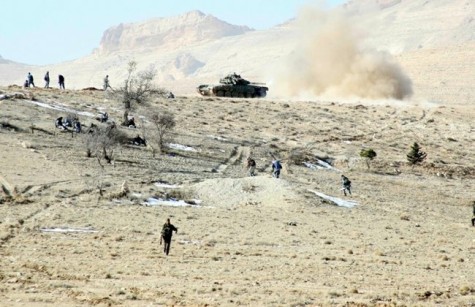 UPDATE 1200 GMT: Jaish al-Fatah, the rebel operations room that has led the successful offensive in Idlib Province since March, has announced a counterpart in Qalamoun.

“By the grace of god, the Army of Conquest of Qalamoun has been established from the loyal and truthful of most factions in Qalamoun,” a brief statement declared.

Jaish al-Fatah Qalamoun said that it would pursue operations not only against Syrian forces and militia but also Hezbollah and the Islamic State. 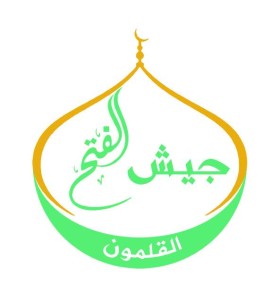 Meanwhile, Jabhat al-Nusra Front released a video in which eight abducted Lebanese security personnel — taken from the border town Arsal during fighting in August 2014 — warned, “If the Lebanese army is dragged into the battle alongside Hezbollah, [we] will pay the price.”

Another hostage called on the Shia community to “revolt against Hezbollah”.

Headline fighting in Syria moved to the Qalamoun region near the Lebanese border on Monday, as rebels launched a pre-emptive attack against a long-anticipated offensive by Hezbollah and Syrian forces.

The rebels and the Islamist faction Jabhat al-Nusra struck Hezbollah and Syrian army outposts near the towns of Wadi Barada, Al-Kfeir, Zabadani, Serghaya, al-Juba, and Hreira.

Fighting continued on Monday night as Syrian jets and helicopters tried to check the rebels with airstrikes, including barrel bombs.

Qalamoun, near Damascus Province, has been contested since 2012. In spring 2013, Hezbollah’s intervention led to an important regime victory in the nearby town of Qusayr, and Syrian forces took more cities and towns in an offensive from November 2013 to summer 2014. However, rebels have continued to hold much of the countryside and maintained a presence on the Lebanese border.

Rebels Clear Islamic State Out of Quneitra in Southwest

After a week-long offensive, rebels have announced that they have cleared Quneitra Province, in southwest Syria near the demilitarized zone with Israel, of Islamic State units.

The “cleansing campaign” began on April 28 after the Islamic State-affiliated Jaish al-Jihad attacked rebel fighters. Rebels claim that scores of militants were killed, as they moved on villages such as al-Qahtaniyah, about 3 km (2 miles) east of the Quneitra border crossing.

Footage of rebel “tank-hunters” during the current offensive throughout southern Idlib Province:

Rebels have advanced farther in the province and into northern Hama following the capture of Idlib city on March 28. Scores of regime armored vehicles have reportedly been destroyed.

The footage is reportedly from near Ariha, south of Idlib, one of the last towns held by regime forces in the province. Rebels have taken at least one of two key hills near the town and may be close to capturing the other.

Rebels moving from Mount 40 on Musaybeen, near Ariha:

The rebels are hoping to cut off regime forces between southern Idlib and Latakia in western Syria on the Mediterranean.