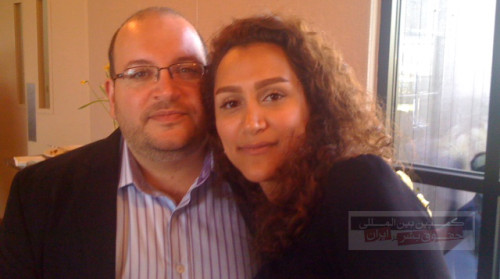 In Iran’s capital Tehran, a journalist is being tried behind closed doors by a Revolutionary Court. No one except his court-appointed attorney was allowed beside him — his wife, who also faces trial for her reporting, and his mother were barred. In his imprisonment between last July and the first trial hearing on Tuesday, the journalist had been allowed only one brief meeting with his attorney. Only weeks before his court appearance, he still did not know the charges.

This is the story of Jason Rezaian, an Iranian-American national who is the Washington Post’s correspondent in Tehran. But it is also the story of Keyvan Samimi, released last week after six years behind bars. Or Ahmad Zeidabadi, exiled to northern Iran as soon as his sentence ended on May 18. Or Hossein Ronaghi-Maleki, rearrested on February 28 despite poor health from his detention between December 2009 and October 2014. Or Marzieh Rasouli, accused of colluding with the BBC. Or Reyhaneh Tabatabaei, arrested after she expressed support on Facebook for a fellow journalist who had been given a long prison term.

Or scores of other Iranian journalists and bloggers who have been put away, in closed trials and without the semblance of due process, before and after the disputed 2000 Presidential election and mass protests.

Facing a “Judge of Death”

Despite an official ban on reporting of Rezaian’s trial, a few details came out in Iranian media about the “crimes” behind the charges of espionage and propaganda against the regime.

Judge Abolghassem Salavati, known as the “Judge of Death” for his lengthy sentences, presented a letter from Rezaian to President Obama offering help with information, “In Iran, I am in contact with [people] from simple workers to influential mullahs.” The judge also accused Rezaian of assisting another journalist who had met Obama.

Rezaian said, through a translator, “I am only a reporter. All my actions have been as a reporter and they have been legal.”

Salavati was unmoved. He foreshadowed his guilty verdict by telling Rezaian, who has reported from Iran since 2008, that “he held firm and reliable evidence that supported the accusation”.

Rezaian’s case has been headlined because of his dual citizenship. The Washington Post has issued regular appeals for his release, or at least a fair process, and his family have been able to present his story in US and international media.

His many colleagues in Iranian prisons will not receive this attention. At least 230 have been arrested since 2009. According to IranWire, which maintains a database of imprisoned journalists, at least 37 are currently behind bars. Scores are on bail. Others are threatened with a summons to begin their prison sentence if they publish or make statements.

None of them were tried openly, save for those who were in a brief “show trial” of more than 100 defendants in August 2009, amid the protests of the disputed Presidential election. No evidence has ever been presented in public to support their convictions. Few had access to a lawyer until their court hearing.

Adnan Hassanpour, an Iranian-Kurdish journalist, has been in prison since 2007. He has never been granted a day of furlough during his 15-year sentence. He never saw an attorney before his court hearing. However, the outcome could have been “worse” — Hassanpour was initially sentenced to death.

Prominent blogger Sattar Beheshti published an open letter to the Supreme Leader on October 22, 2012. Eight days later, he was arrested. Four days after that, he died in prison after he was beaten and abused by guards and interrogators.

Masoud Bastani, a journalist for several reformist publications, was seized on July 5, 2009, as he went to the Revoutionary Courts to ask why his wife, fellow reporter Mahsa Amrabadi, was arrested. He is still in prison, despite a heart attack in February. Amrabadi was given a two-year sentence.

For those who escape a long prison stay, there are still serious consequences. Many are formally or effectively denied the right to work, as a return to journalism could mean that bail will be revoked. The families of others have lost homes, savings, and possessions because of the bail money demanded by authorities. Scores are in exile, while their relatives are still harassed, interrogated, and searched.

The election of President Hassan Rouhani in August 2013 brought hope, given his campaign promises to release political prisoners and to ease restrictions on the press and social media.

Those hopes have been unfulfilled. Journalists who have been released had only a few months left on their sentences. Others like Marzieh Rasouli and Arya Jafari — whose “crime” was to take photos of a protest against acid attacks on women — have been imprisoned. Newspapers and websites continued to be raided and shut down. Periodic mass arrests are made of Facebook users who have crossed a line in their posts.

Asked last month by US interviewer Charlie Rose about Rezaian’s case, Foreign Minister Mohammad Javad Zarif issued a statement about all the journalists:

We do not jail people for their opinions. The Government has a plan to enhance human rights in the country, and I believe we have an obligation as a Government to our own people to do that.

Fariba Davoodi Mohajer was one of a number of former imprisoned journalists who responded:

Mr Rose, allow me to testify that many of my journalist colleagues were prosecuted in unjust courts, where they were forced to testify against themselves and their beliefs. They confessed to being traitors and spies, and after so long, they still have nightmares about solitary confinement, interrogations and torture.

As a journalist and human rights activist, I watch with regret when Mr Zarif blatantly lies in front of the cameras of a broadcaster, without any shame with regard to public opinion, while many Iranians are still in prison for simply holding certain beliefs. Even when they are freed, they enter a bigger prison, where they will constantly be monitored and fear arrest. These people have already lost their family, their job, and their dignity. They have had their lives ruined.

There is no confirmation of the date of Rezaian’s next hearing. Under Iranian practice, his trial could result in a death sentence without any public evidence being heard.

Nor is there any word on when any other Iranian journalist – in prison, on bail, forced out of the country, barred from reporting – will have a day in open court, with a lawyer, a jury and the right to a proper defence.