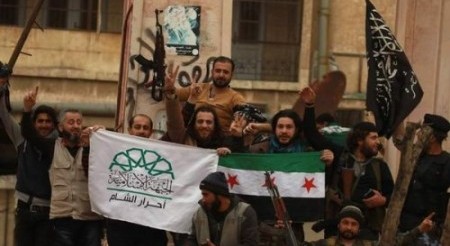 Having completed the capture of the provincial capital of Idlib in northwest Syria, rebels began to confront the challenge of running the city on Sunday.

A coalition of rebel groups — including the Islamic Front bloc and its largest component Ahrar al-Sham, the Islamist faction Jabhat al-Nusra, other blocs such as Faylaq al-Sham, Free Syrian units, and local brigades — moved into the center of Idlib on Saturday.

Facing the threat of regime airstrikes, civil defense units immediately began the evacuation of vulnerable civilians outside Idlib, which had a pre-war population of 165,000. By Sunday afternoon, 1,500 families had been moved.

Claims are circulating this morning that the Syrian air force has carried out chemical attacks on the Security Quarter and near grain silos, dropping six barrel bombs with chlorine canisters.

Last night at approximately 01:30, four toxic barrels were dropped according to teams on the ground. #WhiteHelmets pic.twitter.com/Booh7nW7LJ

Victims in an Idlib hospital:

Meanwhile, the head of the Sharia Council of the Jaish al-Fatah operations room, which oversaw the Idlib offensive, issued a statement about legal arrangements. Sheikh Muhammad al-Mohaisany said a new “United Court” would be established, rather than a body dominated by either Jabhat al-Nusra or by the Islamic Front and Free Syrian Army.

Al-Mohaisany said the Sharia Committee had already been chosen, with factions agreeing on the system for headquarters and administration. He concluded, “The city swill be a new start for unity between the factions.”

The leader of Ahrar al-Sham, Hashem al-Sheikh, issued a statement to all rebels: “Be humble, unite in governance without factionalism, and show a good image. Put the benefit of Islam and the people before groups.”

To the people of Idlib, al-Sheikh said, “These are your sons who came to remove oppression, not to put themselves as rulers, so aid them in administering the city.” And he warned the Assad regime that, if Idlib was bombed, rebel forces would strike the pro-regime enclaves of al-Fu’ah and Kafraya to the north of the city.

The Syrian National Coalition, based in Turkey, also claimed involvement in political and administrative arrangements:

The Syrian provisional government will strive to make the free city of Idlib an example to the entire world about what Syrians want for the future of their country.

It will begin sending its [government bodies] to work inside the city, along with the local council for the province of Idlib, to begin coordinating with its partners and with the [militias] and influential forces to make the city a headquarters for administering liberated regions of Syria. 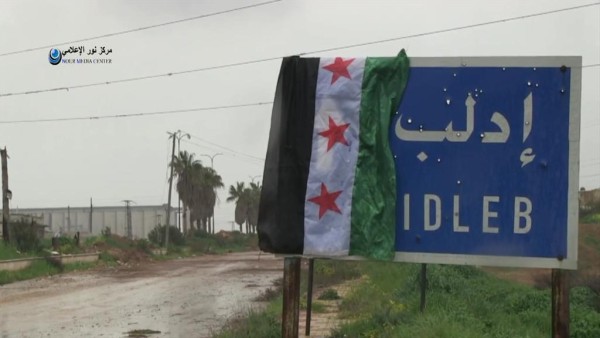 Syrian State news agency SANA — which still said on Sunday that the army was “confronting terrorists” in Idlib — completely ignores the city this morning.

Idlib is the third provincial capital lost by the Assad regime in the four-year conflict. Raqqa in northern Syria, taken in autumn 2013, is now controlled by the Islamic State after it pushed out rebel forces. The area around Quneitra, in southwest Syria near the demilitarized zone with Israel, was taken by rebels last year, but the capital was depopulated by the regime of President Assad’s father after the 1973 war with the Israelis.

Video: Protest Against Jabhat al-Nusra in Mare’ in Aleppo Province

Footage of residents in Mare’ in northeast Aleppo Province protesting against the activities of the Islamist faction Jabhat al-Nusra:

Mare’ is near the frontline between rebels and the Islamic State.

Trying to counter media portrayals of the Free Syrian Army as marginal in Syria’s conflict, activists have produced a video promoting the group: