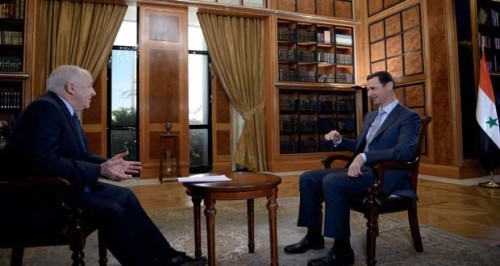 A United Nations panel investigating possible war crimes in Syria has threatened to release a list of suspects accused of rape, torture, and executions in the four-year conflict.

Four confidential lists have been compiled by the four-member Independent International Commission of Inquiry on Syria, and have been seen by no one other than its four members. It said on Friday that it was considering the release of the names at the annual meeting of the Human Rights Council next month, because failing to do so “at this juncture of the investigation would be to reinforce the impunity that the commission was mandated to combat”.

The Commission said that the list included “commanders of army and security units, including heads of detention facilities and other individuals operating under the command of the government or in its support, and commanders of non-state armed groups, including the so-called ‘emirs’ of radical groups”.

A member of the Commission said the names had remained confidential to now because of concerns over due process; however, the panel said on Friday, “Perpetrators have, for more than four years, committed crimes that shock the conscience of humanity raises questions about the inadequacy of the response of the international community.”

The head of the panel, Paulo Sérgio Pinheiro, added, “We must ask for what is right for the victims of Syria. We are trying to mobilize the international community to consider all options on the table for actability and not to ignore the horrible situation.”

The Syrian Ambassador to the UN, Bashar al-Jaafari, dismissed the Commission, “All this propaga​nda​ is aimed at diabolizing the Syrian government.”

Syria’s Civil Defense workers note how the Assad regime “celebrated” an anniversary by dropping more barrel bombs on the divided city of Aleppo:

The Violations Documentation Center, which investigates and verifies reports of killings in Syria, has posted the names of 21 civilians said to be executed by regime forces in their failed Aleppo Province offensive this week.

The civilians were slain when Assad troops briefly occupied the village of Rityan.

Claims are circulating of a total of 48 civilians killed in Rityan and Hardantain, another village briefly occupied by regime forces. Graphic video and images have been posted of the dead.

Authorities in Turkey have been providing ammunition and taking in wounded rebels who have been defeating the regime’s offensive in Aleppo Province, according to claims on Twitter.

Omer Khan, who says he is a soldier in Kilis in Turkey on the Syrian border, wrote early Saturday:

#Syria Wounded & Tired Fighters, Defenders of #Aleppo are allowed to cross for a sleep, Interpreters are going Crazy they need a Rest too.

#Syria Every Defender of #Aleppo being welcomed Now , All Background checks are useless now, These Rebels have proved their case for sure.

Khan says ammunition is being handed out freely:

#Aleppo "Nobody's taking note about how much Ammo anyone is taking away, at this speed they will have to ask the XXXX Warehouse to speed up"

And he indicates that heavy weaponry may cross the border, referring to rocket launchers:

#Aleppo They have asked permission to bring UP 2 TOW Launchers for #Bashkuy & #Handarat. Requested XX Cartridges be at XXXXXX just in case.

This entry has been turned into a Feature: Opposition Clears Assad Forces from Villages Attacked in Failed Aleppo Offensive