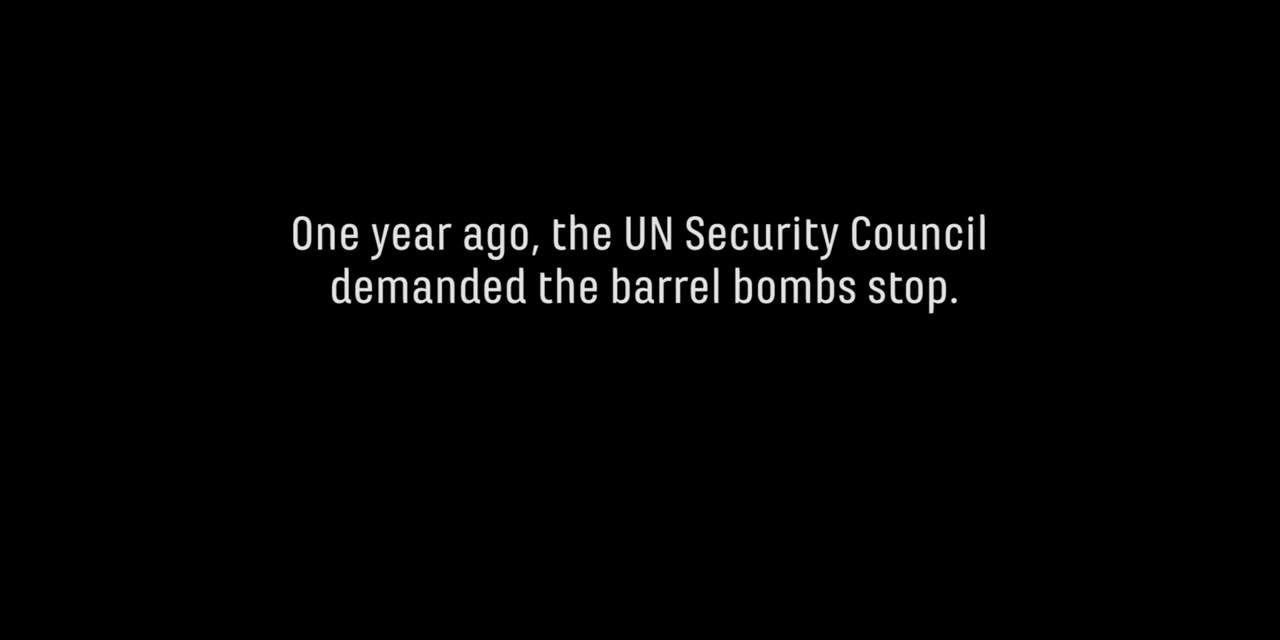 In interview with the BBC last week, President Assad denied that Syria’s military uses barrel bombs: “I know about the army, they use bullets, missiles, and bombs. I haven’t heard of the army using barrels or, maybe, cooking pots [pressure cookers].”

Quickly, social media juxtaposed Assad’s statement with videos and images of the destruction wrought by barrel bombs on Syria’s civilians. The Syria Campaign follows up with a one-minute film making the deadly point: