Iraq Video: Islamic State Fighters Laugh Over Enslavement and Selling of Women — “Where is My Yezidi Girl?” 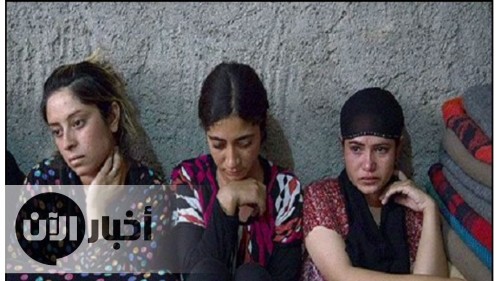 Reports last month, including a PR article in an Islamic State magazine, confirmed that the jihadists have been effectively enslaving women — sometimes giving them to fighters for “temporary marriages”, sometimes selling them.

Hundreds of women and children, particularly from the Yezidi religious minority, were captured during the Islamic State’s offensive in northwest Iraq this summer. The jihadists said that, as the Yezidis were heretics, slavery and sale of the captives is permissible.

One jihadist says, “Today is distribution day. Each one takes his share.”

A second man chimes in, “I swear, man, I am searching for a girl. I hope I find one.”

And a third says, “Today is the day of slaves and we should have our share. Where is my Yezidi girl?”

The men then discuss buying the slaves of other fighters, offering to purchase a woman for $300 to $500 or a Glock pistol: “It depends what she looks like. If she is 15 years old — I have to check her, check her teeth.”