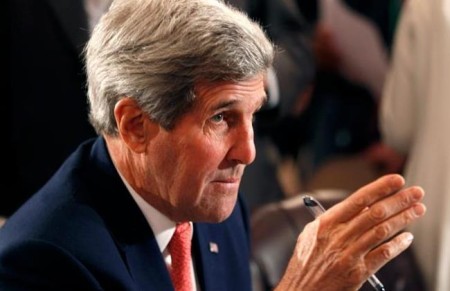 Iraq & Syria Audio Analysis: Is It Time for US to “Cut and Run” from the Middle East?

UPDATE 1830 GMT: Turkish officials have countered US claims of an arrangement for foreign forces to use Turkey’s bases, including the Incirlik airfield, in operations against the Islamic State.

A “source from the office of Prime Minister” Ahmet Davutoglu said:

There is not a new agreement on the use of İncirlik. The US is using the base given the existing agreement. There are requests and expectations [from Washington] but talks are still continuing.

The unnamed source said the two countries have agreed on the training of “moderate” Syrian rebels but said details of location and implementation are yet to be decided.

A US military planning team is expected to begin technical talks with Turkish counterparts this week in Ankara.

UPDATE 1830 GMT: According to Free Syrian Army officials, the US is still not coordinating with Syrian insurgents on any of its operations against the Islamic State.

The sources say that, despite American declarations of training and equipping opposition fighters to face the jihadists and despite the crisis over the Islamic State’s offensive in northern Syria, there has been no consultation or advance information on any of the US operations.

US Secretary of State John Kerry effectively surrendered the Kurdish center of Kobane, in northern Syria near the Turkish border, to the Islamic State on Sunday.

Inside the town, 40% of which is reportedly held by the jihadists, Kurdish forces were said to be holding off the attackers.

However, Kerry told a conference in Cairo:

Kobane does not define the strategy for the coalition in respect to Daesh [the Islamic State]. Kobane is one community and it is a tragedy what is happening there. And we do not diminish that.

But we have said from day one that it is going to take a period of time to bring the coalition thoroughly to the table to rebuild some of the morale and capacity of the Iraqi army. And to begin the focus of where we ought to be focusing first which is in Iraq. That is the current strategy.

Kerry’s comments, made to a conference on reconstruction in Gaza after this summer’s Israeli attacks, echoed an interview he gave to the Voice of America. Indeed, the Secretary of State went even farther, suggesting that losses should be expected in the US priority of Iraq:

There will be disappointments…as we are witnessing in Kobane, and in other places — in Anbar [western Iraq] and elsewhere — because [our campaign] is just ramping up. It is just getting going.

Inside the town, besieged by the Islamic State for almost five weeks, heavy fighting was reported on Sunday night in eastern and southeastern sections. Reports points to battles near the administrative quarter, taken by the jihadists earlier in the week.

Ocalan Iso, the deputy head of the Kobane defense council, said the town center was under heavy artillery and mortar fire.

Footage of Kurdish fighters inside Kobane:

Meanwhile, US officials were more optimistic than Kerry as they heralded an agreement with Turkey to allow foreign forces to use bases on its soil.

The arrangement includes Incirlik airbase, within 100 miles of the Syrian border, where about 5,000 US airmen are stationed.

Both the US and Turkey confirmed that training of “moderate” Syrian forces would also take place.

A Turkish government official said that 4,000 opposition fighters would be trained after screening by Turkish intelligence.

The US and Turkey had been in dispute for weeks over the campaign against the Islamic State, including the use of Turkish bases. Ankara insists that support of insurgents must include operations against the Assad regime as well as the jihadists, and it refuses to send Turkish troops to the relief of Kobane unless they are part of an international force.

The Syrian National Coalition has failed to agree on a Prime Minister during a weekend summit in Turkey.

A member of the Coalition said there was a split between the favoured candidate of Saudi Arabia, former Agriculture Minister Walid al-Zohbi, and that of Qatar, former Coalition head Ahmad Tohme. The meeting was extended for three days, but could not find a resolution.

“Qatar made clear that its financial support to the coalition would end if Tohme was not re-elected,” another participant said.

Tohme led the Coalition for 10 months before being he was relieved of his duties at the last general assembly.