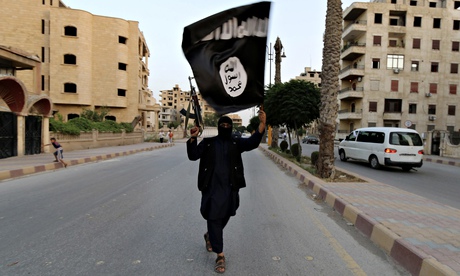 UPDATE 1945 GMT: At least 30 people have been killed by three bombs mainly-Shia parts of Baghdad on Monday.

Baghdad’s largest Shia neighbourhood, Sadr City, was hit by a bomb that killed six people near a marketplace and a car bomb at a police checkpoint that killed 16 people and wounded 30.

In Kahdimiya, in western Baghdad, a car bomb killed eight civilians and wounded 21 others at the main checkpoint to the district.

The Islamic State has killed at least 29 Kurdish troops and staff and wounded 88 in a triple car bombing on a compound in eastern Iraq.

The suicide attackers struck in Qara Tappah in Diyala Province, about 120 km (75 miles) northeast of Baghdad.

Two of the attacks were on positions of Kurdish security forces, and the third on buildings of Patriotic Union of Kurdistan party.

Kurdish sources said the death toll was likely to rise.

In another jihadist attack, the police chief of Anbar Province in western Iraq, Brigadier General Ahmed al-Dulaimi, was killed on Sunday morning by a bomb near his convoy.

The Islamic State and other insurgents control much of the vast province, which covers one-quarter of Iraqi territory.

A “senior US defense official” said this weekend, “It’s tenuous there. [Iraqi forces] are being resupplied and they’re holding their own, but it’s tough and challenging.”

The UN said on Monday that up to 180,000 people have been displaced by fighting in and around Hit in western Anbar Province, as the city fell to the Islamic State this month.

The announcement came as jihadists overran a military base that the Iraqi army had abandoned, about 8 km (5 miles) west of Hit. An army officer said the Islamic State fighters looted three armored vehicles and at least five tanks and then set the camp ablaze.

The victory was the latest advance for the Islamic State in Anbar, Iraq’s largest province, with nearby Kubaisa captured on October 4.

Up to 30,000 families or 180,000 individuals have fled the area Hit, 20 km (12 miles) west of the provincial capital Ramadi, the UN’s Office for the Coordination of Humanitarian Affairs said.

People fled east toward Ramadi, divided between the Islamic State and Iraqi forces, and Khalidiya.

About 100,000 displaced people had been living in Hit, the UN said.