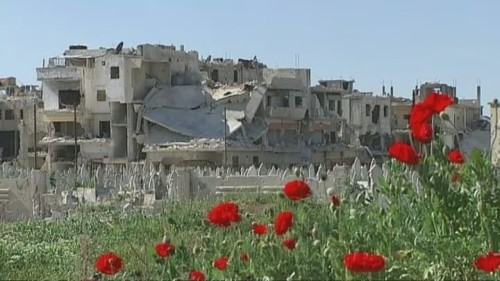 We, representatives of civilians in the besieged areas in the city of Homs, send this urgent humanitarian appeal to the United Nations, international organizations and countries engaged with Syrian affairs.

The evacuation of some of the civilians from the besieged area of Homs, which took place in February this year, received exceptional attention from the whole world and the media. However, by the end of this operation the global interest died out but our tragedy did not.

That operation alleviated some of the human suffering of the people in Homs, but it did not put an end to this suffering. Many of the residents of the besieged areas did not leave for reasons that have to do mainly with the lack of trust with the other party, and the lack of an international party capable of ensuring their safety. The humanitarian aid, which entered the besieged areas during that operation, was the last aid that entered the area.

Today, the humanitarian situation inside the besieged areas of Homs is extremely critical. Some civilians are not far from death by starvation, and normal medical cases are ending with the death because of the lack of medical supplies. Our continuing appeals to those in a position to help us were all in vein, while our tragedy has kept accelerating dramatically.

From our side we pledge that any aid convoy that enters besieged areas in Homs will not be attacked, and we pledge our full cooperation with any international organization trying to alleviate human suffering of our people.

The response to this appeal cannot be delayed for more than two days.