Syria: Did US Halt Insurgent Advance on Chemical Weapons Base? 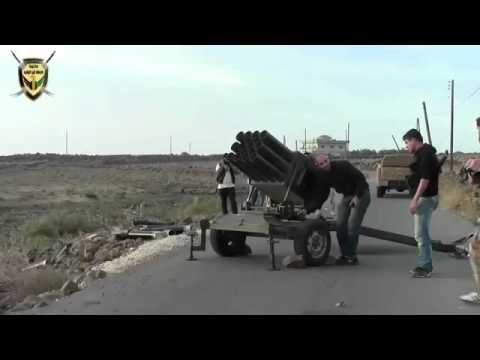 Insurgents advancing on a regime base in southern Syria were warned to halt by US, European, and Arab military and intelligence officers, according to an article in The National.

The foreign officers, based in the Military Operations Command in the Jordanian capital Amman, said Israeli jets were on standby to bomb the bunker. Tal Al Jabiyah — see map — is near the city of Nawa, less than 8 kilometers (5 miles) from the Israeli border.

The Command’s officials have said only that the bunker’s munitions were “strategic weapons”; however, a defector from the compound has said that these included the nerve agent sarin.

Tal Al Jabiyah is not included on the list of chemical weapons sites that the Assad regime was forced to declare after its attacks on Damascus suburbs last August.

Insurgents Launch Rockets on the Tal Al Jabiyah Base in November

As the insurgents advanced on February 25, the Command demanded guarantees that they hand over any captured weapons. If the guarantee was not given, an Israeli airstrike would destroy the compound.

The ultimatum was given by an intermediary to the commander of the Islamist faction Jabhat Al Nusra in Deraa province. The commander and other insurgents agreed to leave weapons in the bunker alone.

This, however, was not enough for the foreign officers. Four hours later, insurgents were told to expect an “international operation” against the bunker. All weapons supplies to the opposition fighters were halted, delaying their advance.

Without supplies, the insurgents — whose aim was to eliminate regime units who have carried out damaging attacks — were forced to halt the assault and consolidate their positions around the base.

That delay allowed the Syrian military to reinforce the complex, and by last Saturday, they had pushed back against the insurgents.

The Command has still not resumed weapons supplies to opposition fighters in the area.