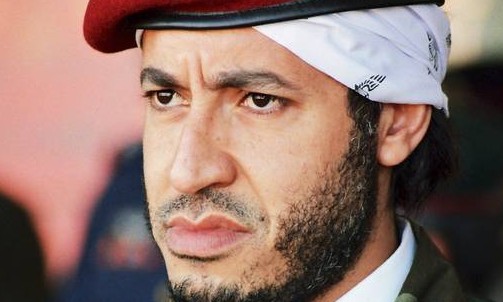 Libyan authorities sought the extradition of Saadi since he fled to its southern neighbor nation after Qaddafi was overthrown and killed in October 2011.

Saadi, one of Qaddafi’s seven sons, is being held by judiciary police forces, the Libyan Government said. It thanked Niger for its cooperation and said Saadi would be treated according to international justice standards for prisoners.

Qaddafi’s most prominent son Saif al-Islam, already in Libyan detention, has been indicated by the International Criminal Court for crimes against humanity. Saadi does not face international charges; instead, he is being tried for misappropriation of property by force and armed intimidation when he headed the Libyan Football Federation.