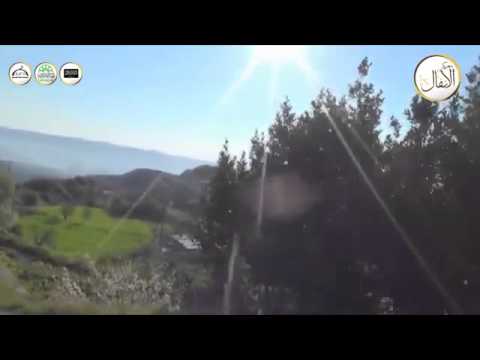 Countering the regime’s headline victories north of Damascus and west of Homs last week, insurgents have advanced in offensives in Latakia and Aleppo Provinces.

In coastal Latakia in western Syria, the insurgents’ al-Anfal offensive has claimed the Kassab border crossing with Syria. Heavy fighting continues for control of the nearby village of the same name, with dozens of casualties claimed in the last 48 hours.

The insurgent bloc Islamic Front, the Islamist faction Jabhat al-Nusra, and Ansar al-Sham are involved in the offensive, which began on Friday. It is the first major insurgent push in Latakia since an offensive last August claimed a series of villages, but petered out as Syrian forces pushed back.

Claimed footage of insurgents moving inside the village:

Insurgents also reportedly took the Shweihneh mountain in the province.

If held, the gains counter the regime’s narrative that it is on the way to winning the war, following last weekend’s capture of Yabroud, the largest city in the Qalamoun region between Damascus and the Lebanese border.

Syrian forces have taken three key towns and cities in the Qalamoun offensive since November. They also took the main insurgent positions west of Homs, including the 12th-century Krak des Chevaliers castles.

However, insurgents have been claiming territory in the south between Quneitra and Daraa, as well in the northwest in Idlib and Aleppo Provinces.

Unconfirmed claims circulated on Saturday that the insurgents have finally cleared a series of regime checkpoints around Khan Sheikhoun in Idlib Province. If true, the victory both lifts the siege on Khan Sheikhoun and cuts off the supply line to regime bases further north in the province, which is largely controlled by the opposition.

Insurgents capture another regime checkpoint outside the opposition-held town of Khan Shaykhoun in southern Idlib Province:

Opposition fighters have been clearing the checkpoints this month, easing the siege on Khan Shaykhoun and threatening the regime’s supply line to bases in northern Idlib Province.

A reliable Syrian activist reports dramatic news from the insurgents’ Latakia offensive — the death of President Assad’s cousin Hilal, the head of the national militia formed for the conflict:

Archive footage of Assad from the pro-opposition Orient TV:

The Assad Cousin “Who Sparked the Syrian Revolution”

The National posts a long profile of President Assad’s cousin Ali Najib, the head of political security in Daraa in southern Syria when protests broke out in March 2011:

Despite his pivotal role in sparking the Syrian revolt, the public record on Najib is threadbare. He is a first cousin of Assad and was the head of political security in Deraa, a low-rise city of industrious farmers and traders on the border with Jordan, where simmering disaffection burst into the open on March 18, 2011.

There were small protests elsewhere in Syria that Friday, and there had been isolated outbreaks of public dissent over the previous week, but they were handled with a certain deft, constrained ruthlessness. Beatings, arrests and threats but not murder. In Deraa under Najib, it was different – and it exploded.

He had, with characteristic arrogance, already laid the groundwork to set Syria aflame, most notably by insulting a group of local men who had gone to ask that he set free 18 boys, detained for writing “Doctor, your turn next” on a school wall.

The teenagers were tortured for daring to suggest that Assad – an ophthalmologist – was heading the way of other, recently deposed regional dictators.

Najib told the boys’ worried fathers to “forget about them”. There are two versions of what he said after that. One, told by regime sympathisers willing to discuss the incident, grudgingly admits that “two or three” of the young prisoners were physically abused, but holds that Najib told the men their failure to teach their children manners meant the job had fallen to him.

The other account, the one that has entered into Deraa lore, is that Najib told the men go home and have new children and, if they lacked the virility to do so, that they should send their wives to his office and he would ensure they left pregnant. It was all too much for a proud people to take.

In response came the fateful March 18 protests demanding Najib be sacked and punished. His security forces answered by shooting into the crowd of unarmed civilians, killing three people. That day was the start of a grassroots revolution and a bloodletting that, now entering its fourth year and with more than 140,000 dead, shows no sign of abating.

“When it started, you could say it was a revolution against Atef Najib. There were lots of other issues, but he was the reason people went out, he pushed them past the point of no return,” said a member of an influential Deraa family with close ties to the regime. “It became a revolution against Bashar but right at the beginning they just wanted Najib gone. Everyone hated him”.

An act of defiance? A woman raises the flag of the Syrian revolution in front of the Islamic State of Iraq and as-Sham court in Manbij in Aleppo Province:

ISIS have been criticized by many for their strict imposition of sharia and alleged abuses in the areas they control in northern Syria.

Video: Fighting Between Kurds and Islamic State of Iraq in Northeast Syria

The Kurdish militia YPG posts a 12-minute video of fighting with the Islamic State of Iraq and as-Sham near Tal Abyad in northeastern Syria.

Fighting between the two sides has escalated this month, with ISIS attacking the Kurdish position in Kobane (Ayn al-Arab) from three directions after victories in nearby villages.

An 11-minute montage of the insurgent attacks on the Justice Palace in Aleppo:

Insurgents have carried out a series of assaults and bombings of the Palace and the Aleppo Citadel in the past month, seeking to disrupt key regime command-and-control bases in Aleppo city.