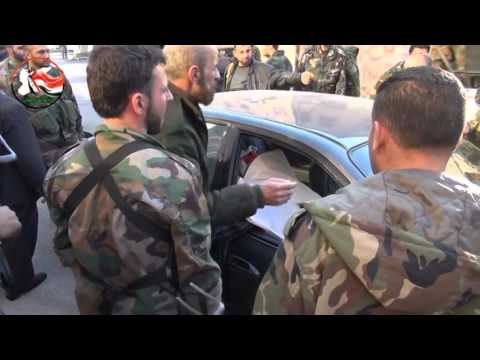 LATEST: Fighting Continues Between Kurds and ISIS near Kobane in Northeast Syria

25 Killed as War Spills Over to Northern Lebanon

The Assad regime has accused Turkey of direct involvement in “terrorism”, following the launch of an insurgent offensive in Latakia Province in western Syria.

The Islamic Front, the largest insurgent bloc, announced the start of the offensive on Friday. Opposition fighters soon announced the capture of the Kassab crossing on the Turkish border.

Syria’s Ambassador to the United Nations, Bashar al-Jaafari, sent letters to the UN Secretary-General and the head of the Security Council asserting:

Armed terrorist groups – most of their members affiliated with the terrorist organizations Jabhat al-Nusra and al-Islam Army – snuck across Turkish territories on Friday and attacked the Syrian side of the border crossing on the Syrian-Turkish borders in the area of Kasab in Lattakia’s northern countryside.

When Syrian Arab Army units repelled this attack, the Turkish army covered this terrorist attack and provided logistic and military support for it.

Al-Jaafari demanded that the Security Council condemn the “terrorist attack” and Turkish involvement, forcing Ankara to refrain from any assistance to the insurgency.

State TV’s coverage of the insurgent attack, claiming it was repulsed by the Syria army:

Fighting Continues Between Kurds and ISIS near Kobane in Northeast Syria

Heavy fighting convenes between the Islamic State of Iraq and as-Sham near Kobane (Ayn-Al-Arab) in northeast Syria.

ISIS has been attacking the area from three directions: Jarablus to the west, Sarrin to the south, and Tal Abyad to the east.

The latest report of fighting comes from the village of Kandal near Tal Abyad. The Kurdish militia YPG claim victory, with more than 60 ISIS fighters killed and 20 captured and at least one tank destroyed.

On Thursday, Joanna Paraszczuk reported on ISIS’ capture of Sarrin and fighting for control of a grain elevator in Sarrin and posted video of casualties from clashes in nearby villages.

One of the commanders of ISIS forces was the Chechen jihadist Umar Shishani.

Islamic State of Iraq and as-Sham Crucify Man in Raqqa

The Islamic State of Iraq and as-Sham have reportedly crucified a man in Raqqa in northern Syria after shooting him in the head:

The person who was executed today in #Raqqa near the clock Tower – shot in the head by #ISIS and crucified. pic.twitter.com/Kc5oB5mKdC

ISIS, accused of war crimes including executions and torture, have been the dominant force in Raqqa — the largest city outside regime control — since last year.

Claimed footage of a missile strike on a regime tank near Morek in Hama Province:

Insurgents and Syrian forces have clashed for days near the opposition-held town.