Syria: Another Split Among Chechen Jihadists over Fight with ISIS 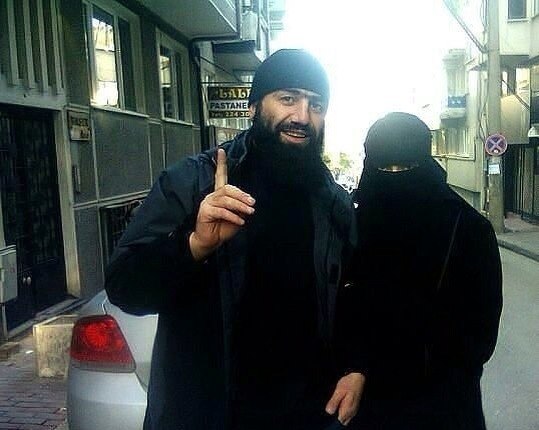 In another split among Chechen jihadists in Syria, at least one member of the jamaat (group) formerly led by Chechen jihadi Sayfullakh Shishani (pictured) — the commander killed last month in the insurgent attack on Aleppo Central Prison — has said he is leaving to join another jamaat, Jund al-Aqsa.

Jund al-Aqsa is predominantly made up of foreign fighters from Arab countries.

Sayfullakh swore allegiance to Jabhat al-Nusra in December, and moved his predominantly Chechen faction, Jundu Sham, to fight with that group.

One fighter leaving Sayfullakh’s jamaat said he doing so because he is opposed to conflict with the Islamic State of Iraq and as-Sham, which has been in a battle with Syrian insurgents since January. The fighter says he personally has not sworn allegiance to any group, even though Sayfullakh himself swore allegiance to Jabhat al-Nusra leader al-Jolani.

The fighter writes (in bad Russian):

My good-natured and friendly attitude is taken here for a weakness
I have put up with the Jahiliyya movement even when they spoke in a rude tone or simply ordered me about.

But I endured for the sake of Allah, and further suffer.

This is not Chechnya and they’re not running around in the mountains, here Satan is specifically working and the brotherhood is very weak and there is fitna, that brotherhood that I imagined is not here at all.

I do not want to be among the Muhajir and that’s why I’m going to the Ansar.
I hope I will find there true brotherhood, and all those who are calling me spoke about the brotherhood of Jund al-Aqsa .

I do not want to participate in the fitna or to hear about it at all.
I want to be useful to religion and to fight against Bashar.

In general the reason is the fitna between Jabhat al Nusra and ISIS and I do not want to be in either one of them, I’d rather be fighting in Damascus and (against) Bashar.


The new leader of Sayfullakh’s jamaat is a Chechen, Mohammad Khorasany.

The former leader of many of the Chechen fighters, Umar Shishani, formally joined ISIS last November.

Jaish al-Muhajideen wal Ansar, the faction which had been led by Umar, has fought alongside the Islamist faction Jabhat al-Nusra, notably near Aleppo, although it is not formally aligned with any Syrian group and has remained loyal to the Caucasus Emirate. JMA’s deputy commander harshly criticized ISIS this week for brutality which had turned the Syrian people against it.