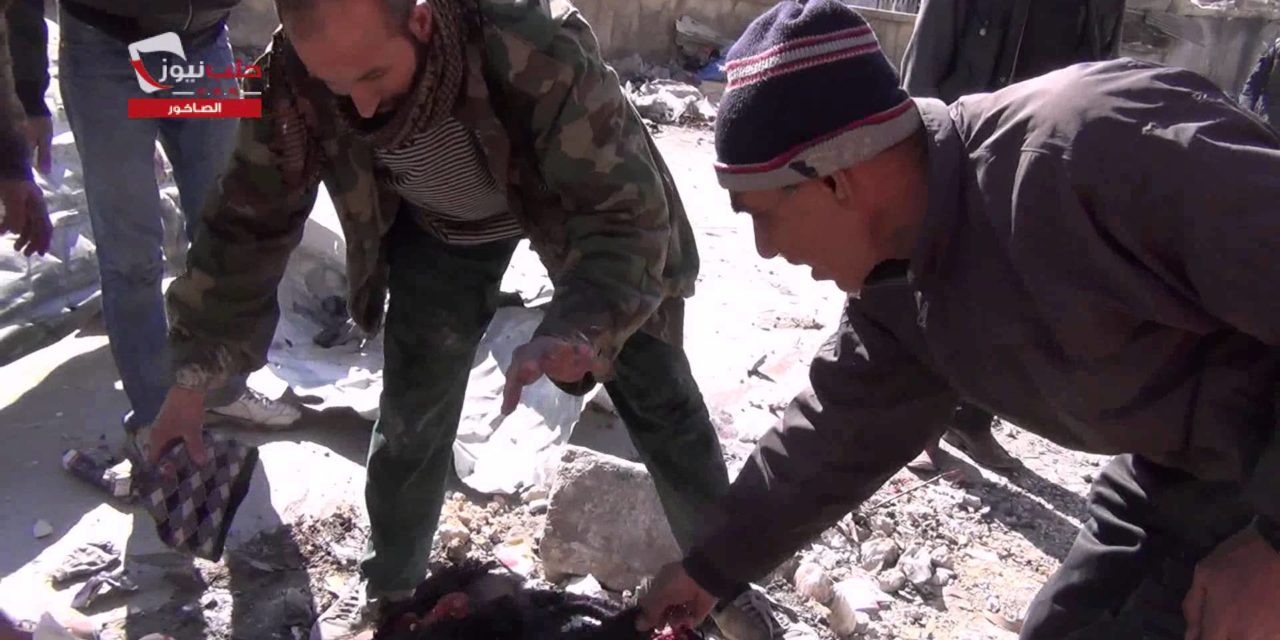 LATEST: Video: Fires in Aleppo on Tuesday From Regime Shelling

Another 84 people died in and near Aleppo on Monday, as the Assad regime continues its heaviest bombing campaign since December.

Since Saturday, about 300 people have been killed in Aleppo Province. Activists reported that more than 90 barrel bombs struck in and near Aleppo on Monday.

Aftermath of the bombing of a mosque (Warning — Graphic Images):

Footage from the Sakhour district:

Aftermath of bombings in the Hanano neighborhood:

Local citizen journalists reported that many civilians have been displaced by the bombings, with the city’s field hospitals facing shortages of blood for transfusions.

Insurgents from the Free Syrian Army’s Liwa Sultan Murad tried to hit back on the ground, firing on regime forces in the al-Midan neighborhood:

The Aleppo deaths were among 134 across Syria on Monday, according to the Local Coordinating Committees.

Residents fleeing the city with their belongings: 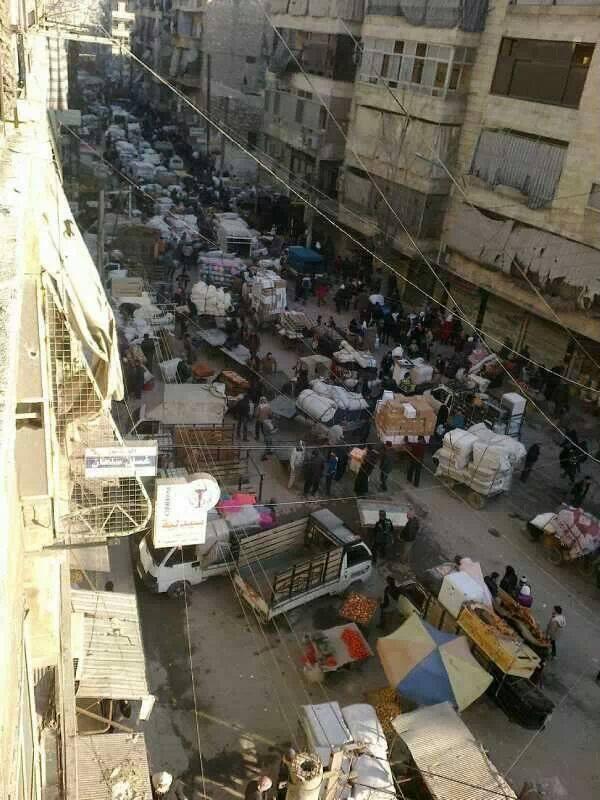 Video: Fires in Aleppo on Tuesday From Regime Shelling

The United Nations World Food Program announced on Tuesday that it is airlifting supplies to northeastern Syria.

“WFP started airlifting on Tuesday enough food to feed close to 30,000 displaced people for a month from Iraq to Qamishli,” spokesperson Elisabeth Byrs said. “This is for people who otherwise would be cut off from humanitarian assistance.”

The agency plans to fly in more than 400 tons of food and other items, such as clothes, detergent, and soap.

In December, the WFP airlifted supplies for 62,000 people in the northeast who had been cut off from assistance for more than five months.

Meanwhile, a UN spokesman said there was no progress on getting aid into besieged areas of Homs, an aim of the recently-adjourned Geneva II conference.

“As of this morning, the convoy in Homs is not moving,” said Jens Laerke.

The opposition and regime delegations at Geneva agreed to the 12-truck convoy, but Damascus refused final authorization despite protracted talks with the UN.

The aftermath in the Islamic Front’s headquarters in ar-Raei village, near the Turkish border, after a suicide bombing by the Islamic State of Iraq and as-Sham.

The bomber got inside the headquarters by claiming that e was an ISIS negotiator willing to talk about an end to fighting with the Front.

Other footage shows the insurgent faction Liwa al-Tawhid killing ISIS fighters, wearing explosive belts, at the perimeter of the brigade’s base.

A photo of a slain ISIS fighter and his explosive belt has been posted.

Trying to foil further suicide attacks, Liwa al-Tawhid announced that every fighter in Aleppo city and Aleppo Province has to carry a visible ID, issued by his brigade, when approaching checkpoints. Any fighter without an ID will be detained.

Footage posted by a Russian-language YouTube account, linked to North Caucasian fighters with the Islamic State of Iraq and ash-Sham, shows small children being trained with guns.

The second child, who is seen at 0:15, appears to be Baby Mohammad, a Chechen or North Caucasian child with the Chechen insurgents fighting with ISIS. He has been filmed and photographed with weapons several times.