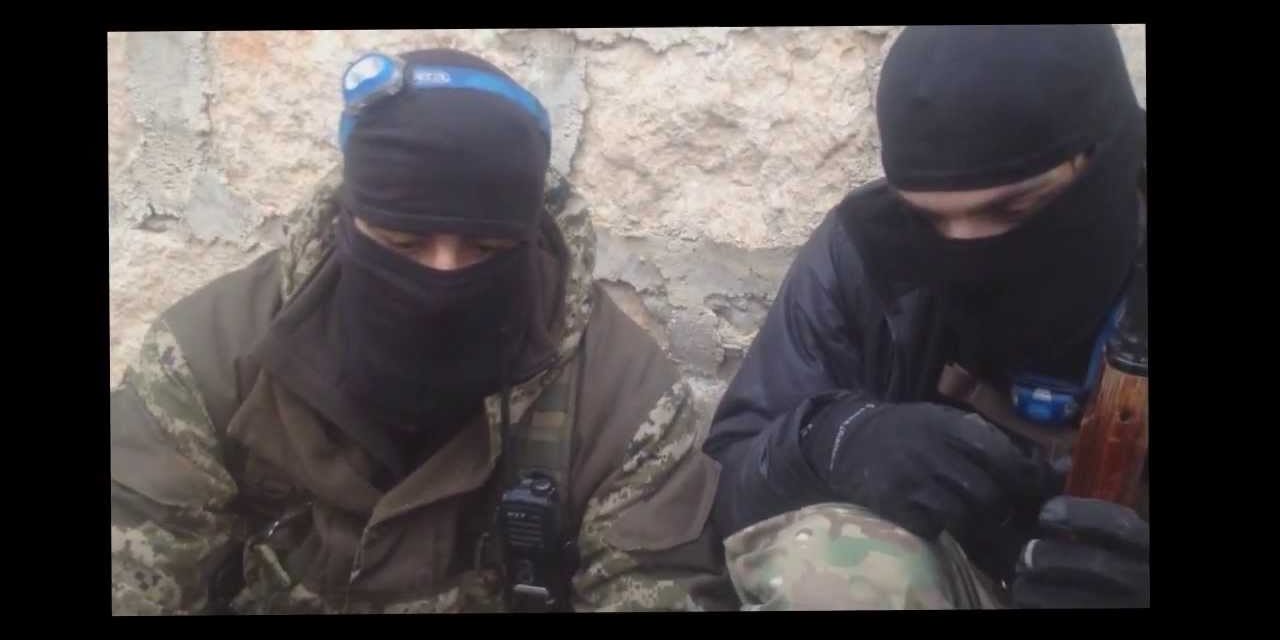 The video, shot on a cellphone, first shows insurgents praying. Later, there is gunfire. One masked insurgent speaks to camera in Russian, saying that he has a message for the “brothers of the Caucasus Emirate”, saying that Allah knows why they are fighting the “infidels” in Syria and that they plan to return home one day. The fighter says that he and his fellow fighters are helping in Syria.

A second fighter addresses “those who are sitting at home” when “real men” are fighting. He says that victory will be theirs.

The latter part of the video shows more of the attack.

See Chechen-Led Faction Cooperating With Insurgents To Fight Regime, But Not To Fight ISIS

The group was previously led by Umar Shishani, now the military Amir of the Islamic State of Iraq and ash-Sham’s Northern branch. When Umar swore an oath to ISIS leader al-Baghdadi last year, those of Jaish al-Muhajireen wal Ansar who had already sworn loyalty to the leader of the Caucasus Emirate, Dokku Umarov, split from him.

Salahuddin Shishani has condemned the fighting between ISIS and insurgent factions, saying that he would not participate in it and vowing to fight the regime instead.