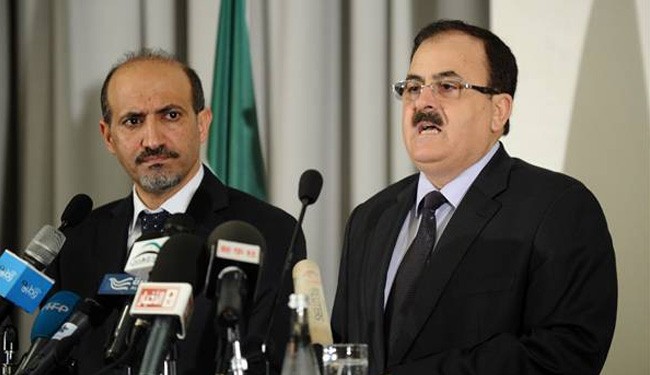 Colonel Fateh Hassoun, the leader of the Free Syrian Army’s Central Front, was one of the 16 commanders who rejected the Syrian National Coalition/Supreme Military Council’s decision to remove General Salim Idriss of the SMC.

In an interview with Syria Direct, he explains the process and the decision of the commanders to reject the SMC and the Coalition:

Q: What’s your opinion of the SMC’s decision to remove Salim Idriss and appoint al-Bashir (Abdelilah al-Bashir, head of the Quneitra Command) as head of the Chiefs of Staff?

I reject it completely. It was an illegitimate, stubborn and unilateral decision from the SMC; it’s driven a wedge between opposition fighters. I think his removal reflects the personal inclinations of certain SMC members—it looks like a settling of scores.

Q: Why do you think al-Bashir was appointed as Idriss’s replacement?

We don’t know anything about him except that he has an honorable background, but he’s not the leader we need at this stage. The sacking and replacement took (the SMC) ten minutes — al-Bashir himself found out from watching television, so just imagine how the people who made this decision were working.

Q: Many people are talking about the SMC and the Joint Command but don’t have a clear understanding of the difference. Can you clarify?

The Joint Command is composed of five geographic fronts, and each front has a military leader and a civilian deputy. Each of the five fronts is overseen by six members of the Supreme Military Council [also called the Council of 30]. The system allows for a two-thirds majority of the Supreme Military Council, with agreement from the Minister of Defense, to remove and appoint the Chief of Staff. This is the group that removed Idris, and it’s important to know that only a few of them are present on the ground, and the rest live in Turkey or other Arab states.

General Salim leads the part of the Joint Command that controls our supplies, distributing them to the leaders of all five fronts. Each of these leaders has its system for distributing the supplies he has received to military councils throughout Syria. The head of each council has an office for managing and distributing supplies to the brigades in his area.

Q: Is this a coup against the Joint Command, as some have suggested?

Of course not — General Salim was the only one removed, the rest of the military leadership is still in place.

Q: Why have we seen so many groups distancing themselves from the FSA and joining the Islamic Front and other formations?

The reason is the Council of 30 (the SMC), which is obstinate and doesn’t have a real presence on the ground. It wants to direct the revolution from abroad, and that’s why there have been groups moving toward the Islamists. This has led to the fragmentation of the Joint Command.

The solution for us is to cut our ties with (the SMC) and the Defense Minister, which is what we announced today. This means becoming independent of the SMC, which lives in exile and undermines many of the actors on the ground.

Q: Do you expect that these developments will have a major impact on the battles that the FSA is fighting, including the rebels’ “Qadimoun” offensive in Homs and Hama?

I hope not. Yesterday the Qadimoun campaign achieved a major victory, and today all of the leaders in Qadimoun’s operations room issued a recorded statement rejecting General Salim’s removal. If the situation continues like this—with one side dismissing someone and the other side rejecting—of course this will affect the battles. The Joint Command has been endangered by Idriss’s removal, and by the contradictory positions of the Defense Minister and the Coalition.

Q: What can you tell me about the ongoing battle for Yabroud? Is the FSA in a strong position to push back the government-Hezbollah advance?

Thank God, the news from Yabroud is good, and our chances are strong. But we need reinforcements there, and they have been cut off because of the problems with the Joint Command. The SMC has cut off supplies to (Idris) at this critical time, preventing the delivery of ammunition to the revolutionaries.