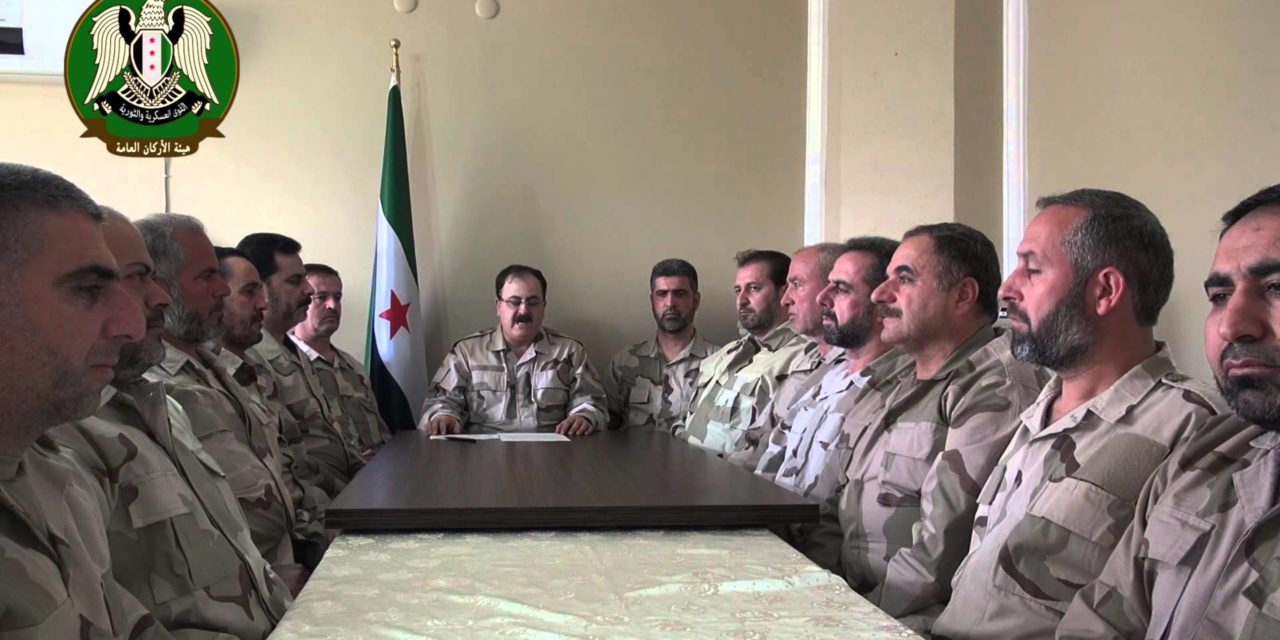 The text and signatories of Wednesday’s statement by 16 commanders of the Joint Military Command, rejecting the attempt by the Syrian National Coalition and Supreme Military Council to dismiss its Chief of Staff, General Salim Idriss:

In the name of God the Merciful the Compassionate,

“Verily! Allah loveth those who battle for His cause in ranks, as if they were a solid structure” God Almighty speaks the truth –— (Qu’ran As-Saf 61vs4)

Observers who have been monitoring the path of the revolution, and particularly in recent days –– where our people inside Syria continue to face regime rockets and barrel bombs –– have noticed that some opposition and military parties took certain measures based on personal and individual interests. Today, frontline commanders and the heads of local councils join me, in my capacity as Chief of Staff of the Supreme Military Council of Revolutionary and Military Forces. After consulting with revolutionary forces on the ground we have decided on the following:

Firstly, we have broken all links with Majlis al-Thalatheen and the Temporary Government Defense Minister as their decrees were improvised and taken without consultation: they are therefore unlawful and illegitimate. Therefore, we wish to reaffirm that we do not in anyway recognize any statements issued by them.

Secondly, General Salim Idriss has been tasked to carry out a comprehensive restructuring initiative of the Supreme Military Council, including the moderate military and revolutionary forces on the ground in order to invest in all available human resources accordingly.

Thirdly, we call upon all military and revolutionary forces on the ground to join the Supreme Military Council to unite and fight together to oust the criminal regime. God is our witness.