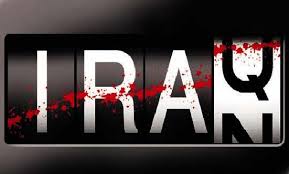 How to explain the escalation in protest and insurgency in Iraq’s Anbar Province, in which tribes and the Islamic State of Iraq control the city of Fallujah and could take over the provincial capital of Ramadi?

You could look at the social and religious dimensions in a country in which 60% of the population is Shia Arab, 20% is Sunni Arab, and 20% is SUnnia Kurdish. You could note the collapse of governing structures and the vacuum in authority after the 2003 US-led invasion that overthrown Saddam Hussein. You could examine the difficulties since then for any national Government to establish legitimacy. You could think about the challenges of corruption and in-fighting.

Or you could just blame Iran for everything.

Iran has waged a brilliant covert-action campaign that turned [Prime Minister Nuri al-] Maliki and Iraq into virtual clients of Tehran — and in the process alienated Sunnis and pushed them toward extremism.

Beyond the opinion of a former US Government official and a string of Ignatius’s declarations, there is no evidence presented to support the argument that Baghdad is simply a puppet-Government of Tehran. Ignatius’ accusation of Qassem Soleimani, the leader of Iran’s elite Quds Force —— recycling some of the scare material and quotes from ex-US officials in a New Yorker profile — is similarly void of evidence. (Soleimani is a covert operator and has been involved in Iraq, to be sure. That does not mean he controls the
Government.) And the broad-brush “Iraqi militias must be run by Tehran” is as empty of support as it is ignorant/dismissive of local context,
interests, and operations.

All of this could be treated as the standard “Don’t Look at US; Look at Iran” fare that has been present for more than a decade. In this
case, however, Ignatius uses it to avoid the specific, essential context for approaching the current crisis.

You will find no reference here to the causes of mainly-Sunni protest in Anbar. No reference to Government detentions, anti-terrorism legislation,
alleged discrimination. Nothing on the death sentence handed to a Sunni Vice President or intimidation of Sunni ministers. Nothing on the protest camp set up at the end of 2012 near Ramadi, after mass demonstrations, and how that camp has been regularly raided by security forces. Nothing on how that camp was raided yet again last week, following the arrest of a leading Sunni MP and killing of his bodyguards, which was a catalyst for the insurgency in Fallujah and Ramadi.

Indeed, Ignatius achieves not one but two significant reductions: his shift from “Iran” to “Al Qa’eda” as a culprit in his final paragraphs
ignores that Sunni tribes with no ideological connection to “Al Qa’eda” (the Islamic State of Iraq) have been significant in the past week’s
events — indeed, they are key forces in the revolutionary council set up in Fallujah.

None of this is helpful in understanding what exactly has happened in Anbar, and indeed in an Iraq in which almost 7000 people died from violence in 2013.

But then again, “understanding” is not Ignatius’s objective. This is a jeremiad, accompanying many others from Washington in the past week, that “if only the US had continued its occupation, all would be well”: “The Obama administration, in its rush to leave the country, allowed the sectarian Shiite government of Prime Minister Nouri al-Maliki to undo many of the gains made against al-Qaeda.”

And if supporting that somewhat-suspect argument — given the record of the US in Iraq between 2003 and 2010 — means pinning all the blame on the mullahs in Tehran, so be it.