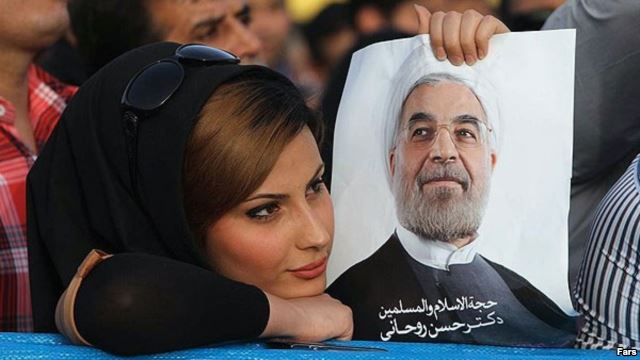 The Rouhani Government may be under pressure to pull back its promises to open up political and cultural space, but speaking to Al Jazeera English, Iran’s Culture Minister Ali Jannati says he is still determined to lift bans on expression.

Jannati — who was warned by Parliament last week over his statements about the Internet, the press, and women’s rights — declared:

With the cooperation of other ministers we are now trying to create a condition where everyone in Iran has access to Facebook which is a way for people to communicate, keep in touch and exchange ideas….I think right now many Iranians are using Facebook….Sooner or later this restriction must be lifted.

Jannati admitted, “Certainly there are elements inside Iran who are opposed to any kind of talks with the West.” However, he insisted, “Considering the broad support that the people of Iran have given the president, these elements have retreated to a great extent.”

Still, the Culture Minister seemed to recognize the limits on what he might achieve: “Part of these activities fall outside our responsibilities. In some cases, the courts and judiciary get involved, and that is out of our control.”