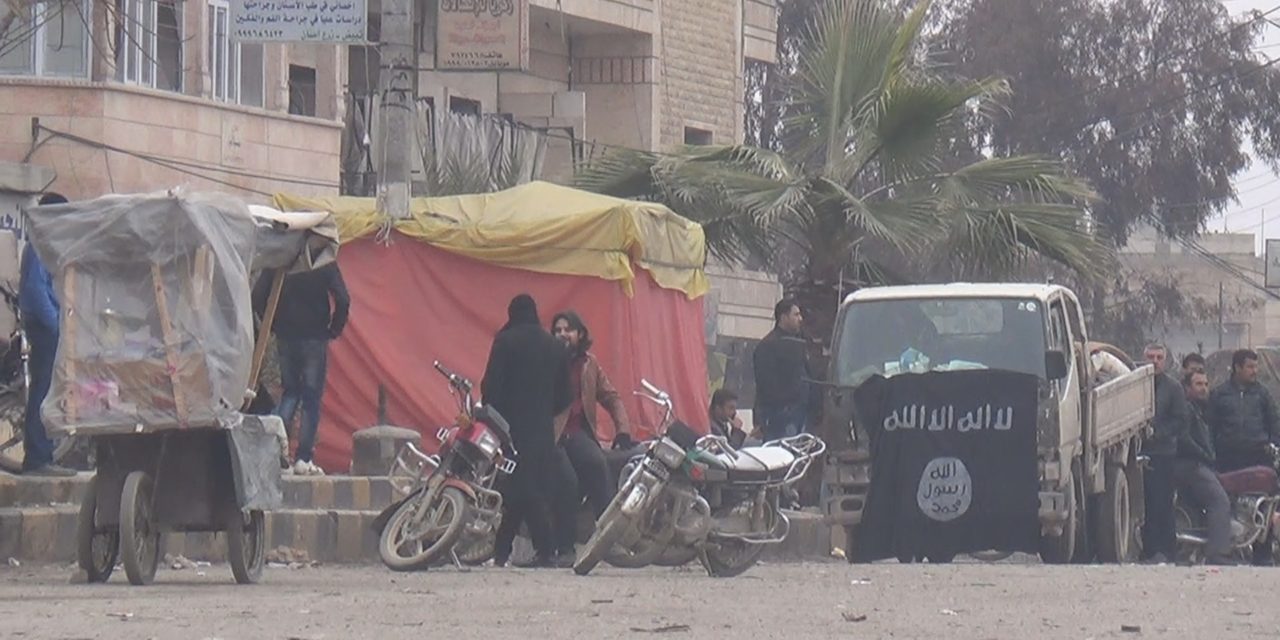 FiSyria, the site close to Chechen leader and Islamic State of Iraq Amir Umar al-Shishani, has published fresh details of ISIS’s attack on the town of Manbij in Aleppo Province.

(Updated 1/25/2014 — the video from FiSyria has now been uploaded onto YouTube and we have embedded it below.)

(Updated — FiSyria have clarified that the “Salahuddin” mentioned in their original post is Salahuddin al-Turki, ISIS’s military Amir of Raqqa.)

According to FiSyria, ISIS are now in control of the town. A video published by FiSyria includes footage taken on January 23 of a drive through the town by Umar’s men, intended to that the ISIS faction has captured it. The footage shows what appear to be relatively normal scenes in the town. We see one “checkpoint”, where an armed man has stopped a car in the town and appears to be asking the driver for identification. There is a gathering in an open space in the town, outside a mosque, where we can see an ISIS banner propped up on the ground. The cameraman shows us shots of a man working on an electricity pole in the town, the (barely audible) commentary in Russian says, “that’s one of us”.

The video says that within a day, ISIS had reconnected water and electricity supplies to the town.

FiSyria provide some interesting new details, including that ISIS’s military Amir of Raqqa, Salahuddin al-Turki (“Salahuddin the Turk”), was also involved in the fight. 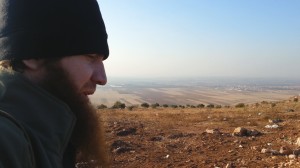 On the morning of January 22, Umar al-Shishani’s column attacked a checkpoint from the southern part of the entrance to the town. Around 15 people were killed. The cowards fled, and left at least five of their bases, with all their belongings: ammunition, cars, equipment, offices etc. The group led by Salahuddin al-Turki (the military Amir of the town of Raqqa) came from the northwestern side. As we were told by local residents, they left by car in the direction of the Turkish border.(It seems “they” refers to the insurgents whom ISIS was fighting and not to al-Turki.)

Checkpoints were placed in the town, complete checks are being carried out on membership in the group of bandits, water and electricity has been restored.

We met with one Russian-speaking Syrian who told us that “until the fall of their bases the local Imams in the mosques say that ISIS are murderers, they would rape our women and steal our property. On that pretext they took money from simple folk for the battle against you”.

For the two days until the capture of Manbij all these puppets left Syria and went to Istanbul.


(Featured Image: Claimed image of Manbij after its capture by ISIS)