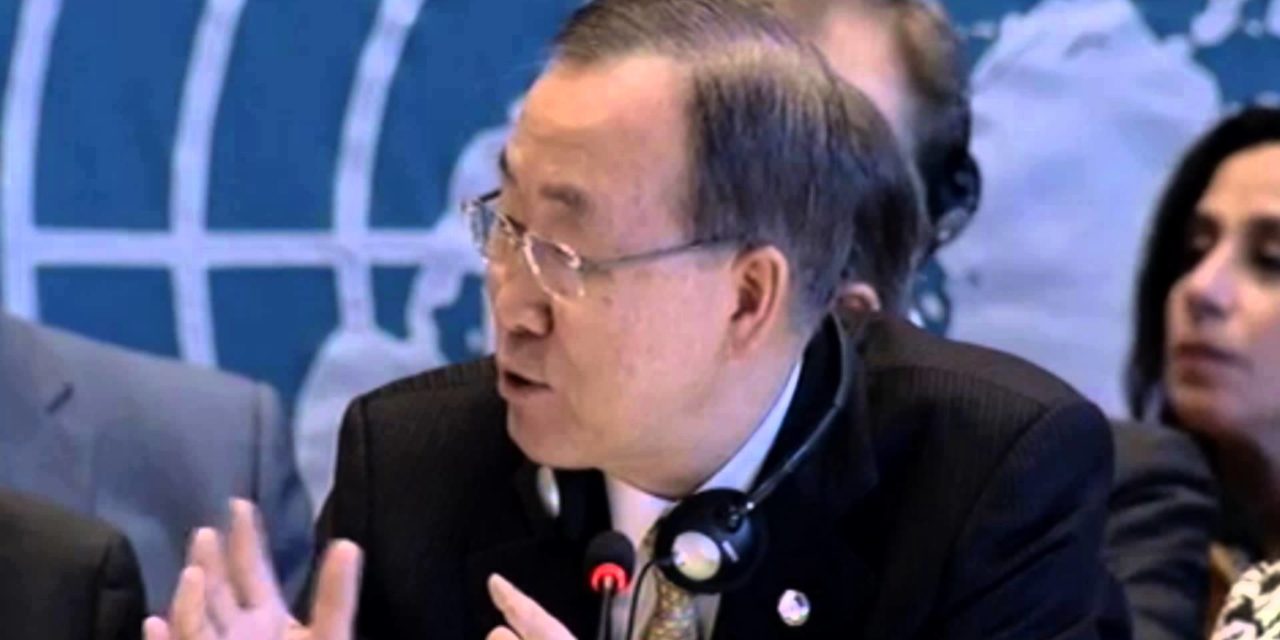 The headline incident on the opening day of the “Geneva II” conference on Syria was the clash between the Assad regime’s Foreign Minister and United Nations Secretary General Ban Ki-Moon, when the head of the Damascus delegation refused to wind up his speech.

However, the significant development might have been in the statement of US Secretary of State John Kerry, who was unequivocal that President Assad — “the man who has led the brutal response to his own people” — must step down:

The right to lead a country does not come from torture, nor barrel bombs, nor Scud missiles. It comes from the consent of the people.

The line of Kerry, always one of the Obama Administration’s leading advocates for strong action against Damascus, appeared to settle in Washington. Some officials have been advocating acceptance of Assad’s stay in power, fearing the alternative of “extremists” in the insurgency, and possibly even talks with the Syrian leader.

Still, as an EA correspondent put his reservations on Wednesday, “Talk is cheap.”

See Video Analysis: Why US Will Accept Assad After Geneva Conference Fails

Today the opening statements give way to maneuvers and private meetings. United Nations envoy Lakhdar Brahimi said he will meet the Assad regime and Syrian opposition delegations separately, hoping to bring them into the same room by Friday afternoon.

And the Syrian Ambassador to the UN, Bashar Jafari, claimed in his opening statement that there was always a behind-the-scenes move. He said the US told Russia that it was seeking the acceptance by insurgents of a cease-fire in Aleppo.

Picture: A 5-Year-Old Refugee Moves Alone Towards Safety in Jordan

Raghad, only 5 yrs old from Darra, carrying her pillow as she moves alone towards the safety of the #Jordan border. pic.twitter.com/v7Yj5MyiIJ

Claimed photographs and video footage of ISIS in Manbij in Aleppo Province are circulating. This image was posted on Russia’s VK social networking site: 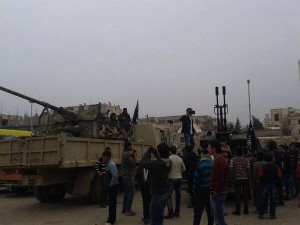 These ISIS propaganda photographs of Manbij were also circulated on Thursday: 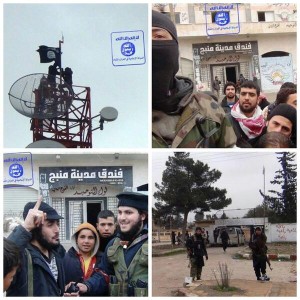 An EA source reports that while ISIS has managed to take Manbij, there is still fighting going on around the town.

Maps showing the location of the fighting north of Aleppo city: 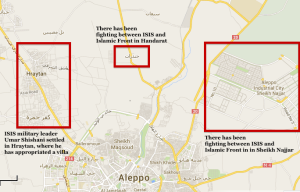 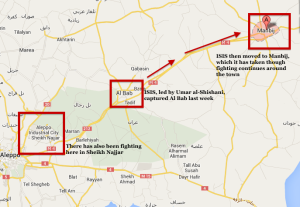 US Official: We Have Known About Torture Photos of 11,000 Detainees Since November

A “senior official” has said the Obama administration first learned last November about photographs claiming that 11,000 detainees were tortured and killed in Syrian prison.

Some of the pictures were released on Monday, alongside a 31-page report by three international lawyers — all of whom have served on war crimes tribunals — about the Assad regime’s responsibility.

Officials said the US did not act on the photos, because it did not have possession of the digital files and could not establish their authenticity. They said the Administration believes the photos are genuine.

The report was supported on Monday by testimony from a defected photographer for the Syrian military police. It was commissioned by a leading London law firm on behalf of the Government of Qatar, which supports the Syrian opposition.

Syrian activists say an estimated 50,000 detainees are unaccounted for.

Audio: Al Qa’eda Head Calls for End to Fighting between ISIS and Insurgents

A claimed audio message from Al Qa’eda head Ayman al-Zawahiri, put out late Wednesday, calls for an end to fighting between insurgents and the Islamic State of Iraq and as-Sham.

Zawahiri urged “every free person in Syria seeking to overthrow al-Assad” to “seek to end fighting between brothers in jihad and Islam immediately”.

In an apparent shift of position, Zawahiri says Al Qaida will accept and support whichever group is chosen within the region, as long as they are qualified under Islam.

Last spring, after a dispute between ISIS and Jabhat al-Nusra, Zawahiri said the latter represented Al Qa’eda in Syria, as it was seeking to carry out the wishes of the Syrian people.

Senior Assad advisor Bouthaina Shaaban highlights the Damascus delegation’s strategy of putting the Geneva II spotlight on “terrorism” and taking it from the future of the President.

In comments highlighted on State media, Shaaban said that some points in the Geneva I communique of June 2012 — interpreted by most as requiring that Assad step aside for a transitional governing authority — are “still valid but reality requires a change in priorities”: “If we ask any Syrian citizen, he will say that the priority is for restoring security and stop terrorism, which will never stop until the countries that are funding and arming the terrorists vow to cease such acts.”

Shaaban continued with a jibe at Saudi Arabia and its backing of the insurgency: “We hope that all sides will be convinced that the Wahhabi mentality endangers Syria, the region and the whole world and It is in the world’s interest to stand by Syria against this mentality and leave the future of Syria for the Syrians to determine.”

Shaaban continued her attacks on Saudi Arabia, the US, and “terrorists” in a heated exchange on CNN: