Syria Daily, Jan 7: 114 Killed Amid Concerns for Evacuees Near Damascus 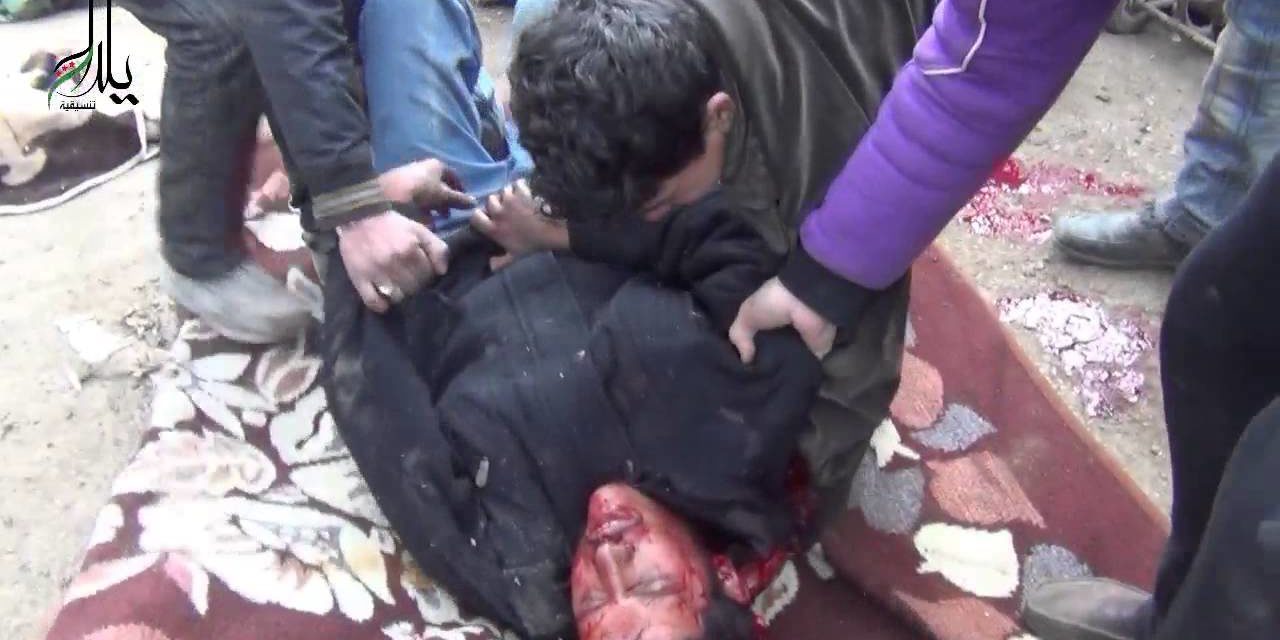 LATEST: Islamic State of Iraq Responds to Jabhat al-Nusra Message — “Only Way is Through Blood, Flesh, and Skulls

While headlines in Syria have been seized since Friday by the fight between insurgents and the Islamic State of Iraq and as-Sham, the Local Coordination Committees issued a reminder on Monday about the daily toll from the civil war.

The LCC said 114 people were killed on Monday, including 61 in Aleppo Province and 20 in Damascus and its suburbs.

Meanwhile, concern over evacuees near Damascus grew with reports of the detention, abuse, and even killing of civilians on the Yalda-Hajeira road.

Activists said 1200 people were harassed by regime forces and a pro-Assad Iraqi militia, with some men detained and women abused and stripped of their documents of identity.

Video supported claims of casualties, although initial assertions of 300-400 appear to be wildly inflated.

One source said, “They did worse than killing them [the evacuees], they humiliated them. They threw dried bread for them, poking fun at them when they ate it.”

Near Adra, north of the capital, the Syrian Red Crescent expressed concern that thousands of evacuees, who fled fighting last month, are still in the open air.

The civilians are being kept on the grounds of a cement factory.

Islamic State of Iraq Responds to Jabhat al-Nusra Message: “Only Way is Through Blood, Flesh, and Skulls”

A spokesman for the Islamic State of Iraq and as-Sham, Abu Mohammad al-Adnani, has responded to Tuesday’s audio message of the leader of Jabhat al-Nusra, Abu Mohammad al-Joulani, as well as to the conflict in Iraq:

The ISIS spokesman, replying to al-Joulani’s call for a cessation of “in-fighting”, said that “jihad is the only way” in Syria and Iraq. He asserted that, as the US and Israel will not allow the Islamic State to rise again, “the only way is through blood, flesh, and skulls”.

Videos: Aftermath of Regime Airstrike on Damascus Suburb of Douma

Video: 10-Year-Old Freed from Detention by Islamic State of Iraq

The leader of the FSA-aligned Syrian Revolutionaries Front (SRF), Jamal Maarouf, talks about his organization’s recent campaign against ISIS in northern Syria, and urges Syrians and foreign fighters to “defect from ISIS.”

RIA Novosti is citing an anonymous Russian political source as saying that Russian Foreign Minister Sergei Lavrov is planning to meet his US counterpart, John Kerry, in Paris on January 13, ahead of the planned January 22 Geneva-II peace conference.

Lavrov has been silent for weeks about the Geneva II conference, which the Russian Foreign Ministry had previously been pushing on an almost daily basis.

Claimed video of a truce signed between Ahrar as-Sham, a key group in the Islamic Front, and the Islamic State of Iraq and as-Sham in eastern Syria:

The truce does not affect north or northwest Syria, where clashes between insurgents and ISIS are reportedly continuing.

A Danish ship has taken the first consignment of chemical stocks from Syria.

The ship, which left the port of Latakia, is being escorted by Chinese, Danish, Norwegian and Russian frigates. It will take the chemical toxins to Italy, where they will be loaded on to a US Navy ship and carried into international waters for destruction.

The original deadline for transport of the chemical material was December 31, but transport across Syria was delayed by logistics and security concerns.

A claimed audio statement from the leader of the Islamist faction Jabhat al-Nusra, Abu Mohammad al-Joulani has called for an immediate cessation of fighting between insurgents and the Islamic State of Iraq and as-Sham (see Arabic transcript).

Al-Joulani says “criminals” — a possible reference to the Syrian Revolutionary Front as well as ISIS — have exploited the fighting for their own benefit. He declared that mujahideen (jihadist fighters) must avoid a conflict between the Syrian insurgency and muhajireen (foreign fighters).

A jihadi website close to a leading Chechen faction in Syria has slammed rumors that the mostly-Chechen foreign fighter group, Jaish al-Muhajireen wal Ansar (JMA), refused to join ISIS because of the current fighting between ISIS and other insurgent groups.

The Usudusham site is linked to Seyfullakh al-Shishani, a former close ally of Abu Umar al-Shishani, and former second-in-command of JMA. Umar expelled Seyfullakh from JMA in the summer, accusing him of takfir. Seyfullakh and his followers have since pledged allegiance to Jabhat al-Nusra.

According to Usudusham, the reason why JMA fighters refused to join Umar and pledge allegiance to ISIS was a disagreement over some aspects of the current situation in Syria.

Pro-insurgency activists, quoted in The New York Times, on the defeat of the Islamic State of Iraq and as-Sham in Raqqa, the largest city in Syria held by the opposition:

Rebels from a Syrian Islamist group known as Ahrar al-Sham and from others battling the Islamic State of Iraq and Syria in Raqqa posted what they said was video of the freeing of 50 inmates from a makeshift ISIS prison. But hundreds more were said to still be held by the group, including members of rival rebel groups, civilians, and anti-government activists.

Abu Maya, an activist in Raqqa who is close to Ahrar al-Sham and the Nusra Front, said in a Skype interview that the 50 detainees had been held in the Vehicles Department building in Raqqa and that all were fighters and activists.

Abu Maya also said that two churches held by the Islamic State of Iraq and Syria were “liberated” by Nusra Front fighters on Monday, adding, “God willing, the churches will be restored and used again by Christians in Raqqa.”

He said that a leader of [Jabhat al-] Nusra in Raqqa had been imprisoned by the Islamic State of Iraq and Syria for four months. “They call for Shariah law, but their own interpretation,” he said. “Both Ahrar and the Nusra Front have decided to continue the fight against ISIS until it leaves the country and goes back to Iraq.”…

Abu Bakr, an activist in Raqqa from the Shaam News Network, an antigovernment organization, said via Skype that another homegrown Syrian Islamist rebel organization, the Tawhid Brigade, had helped drive the Islamic State of Iraq and Syria from many neighborhoods, and that Ahrar al-Sham fighters were “driving around the city to arrest any ISIS fighter they find,” with 50 detained in the past two days.

Activists are claiming that the Islamic State of Iraq, withdrawing from towns in northern Syria, is killing scores of its prisoners.

Some of the names of more than 50 claimed victims in Aleppo have been posted. Among the dead are 3 citizen journalists from Shada News and one working for Jabhat al-Nusra.

At least 30 detainees were reportedly slain in Idlib Province.

On Monday, activists posted video claiming 38 prisoners killed in Harem in Idlib Province as ISIS pulled out of the town, and the mass killing of detainees in Rastan in Homs Province.