Syria: Where In The World Is Abu Umar al-Shishani? 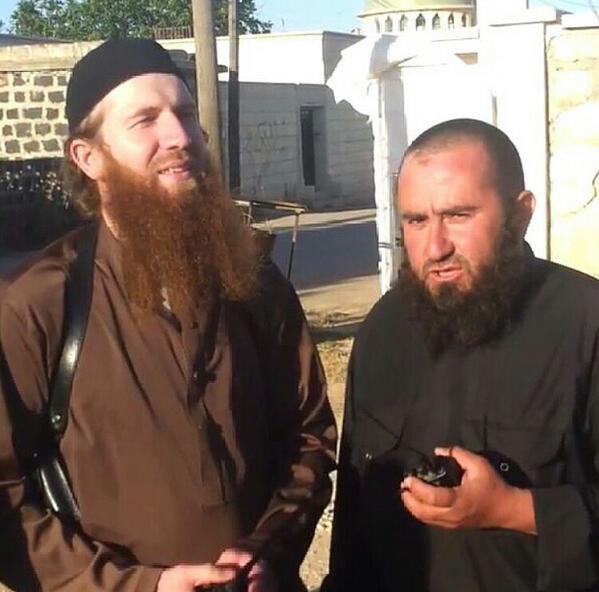 The recent fighting between the Islamic State of Iraq and ash-Sham (ISIS) and various insurgent groups — including the Free Syria Army, the Islamic Front and other local brigades — raises questions about the organization and effectiveness of ISIS.

For months, many in the media have upheld ISIS as a well-organized force taking over the insurgency, to the point of dominating it. Yet reports on the ground point to a different ISIS: one composed of disparate elements of varying ability, with foreign fighters often inexperienced and ill-prepared for combat.

Those contrasting images can be seen this week in the appearance — or rather disappearance — of the Chechen leader Abu Umar al-Shishani in ISIS’s confrontation with other insurgents.

In the last two weeks, rumors have spread on Russian, Arabic and English social media of the whereabouts and actions of Abu Umar, ISIS’s “Emir” in northern Syria.

In late December, Russian social media placed Umar in Deir Ez Zor, saying that he had led his men in an offensive against a regime military airbase near the city in eastern Syria.

Last weekend, a new rumor emerged as the ISIS clashes with insurgents escalated: Umar is heading to Aleppo with 700 or 800 ISIS fighters.

In some versions of the rumor, Umar said that the majority of these fighters are suicide bombers, ready to explode themselves in battle against the Islamic Front and those who oppose them.

One pro-jihad Twitter user said that Umar gave a radio interview about the suicide attacks. (We have not heard such a broadcast.)

SHAMTODAY, a Russian pro-jihad user on the VK social network went even further, saying that not only was Umar on his way to Aleppo with 700 men, but that Seyfullakh Shishani — expelled by Umar from the mainly-Chechen force Jaish al-Muhajireen wal Ansar in the summer — was prepared to join him to fight the attackers.

Emir Umar Shishani’s column moves with the Mujahideen of Deir ez- Zor in Aleppo. 700 Mujahideen ready to commit martyrdom, causing FSA soldiers flee to their burrows, like rats. Many of them are giving up, surrendering their weapons, crowds are moving to ISIS and taking an oath (of allegiance). Azaz is entirely in the hands of ISIS at the moment.

A video, purporting to show the 700 or 800 would-be suicide attackers traveling in a convoy to Aleppo is circulating on YouTube; however, there is nothing to distinguish the supposed convoy from regular traffic.

Pro-regime outlets also joined in the rumors. Al-Akhbar cites an unnamed source explaining why Umar went to Deir Ez Zor and why ISIS are in such disarray during the current fighting:

Things culminated two weeks ago with Sheikh Omar al-Shishani leaving with a large group of his fighters to Deir al-Zour, a move that sources told Al-Akhbar was meant to distance himself from ISIS’ conduct in Aleppo and its countryside.

The sources said, “From what we know about Sheikh Omar, we can affirm that he hates injustice, and is not satisfied with ISIS’ actions. However, he cannot defect. Given his fondness of the project to establish the caliphate and impose Sharia, defection would ruin this project.”

But another informed source believes Sheikh Omar al-Shishani’s move was essentially motivated by the temptation of controlling oil wells in Deir al-Zour.

A DOMINANT FORCE IN THE INSURGENCY, OR A HETEROGENEOUS BAND OF FOREIGN FIGHTERS?

Mainstream media in the US, Europe, Russia and parts of the Arab world have elevated ISIS into a formidable threat, a unified group of extremists directed by Al Qaeda and bent on establishing a Caliphate in the land of Sham.

Umar, formerly the Emir of Jaish al-Muhajireen wal Ansar, has acted as leader of ISIS in northern Syria since summer 2013. In November, he formally pledged an oath of allegiance to ISIS leader Abu Bakr al-Baghdadi, officially joining the group along with some of his North Caucasian fighters.

Even before he formally swore allegiance to Baghdadi, Umar and his band of fighters fought alongside ISIS including at Menagh Airbase near Aleppo in August 2013. However, Umar’s fighters have not only fought against the regime. They also battled against the Kurds and Free Syrian Army forces in Atmeh in northern Syria.

In interviews, Umar has not been particularly clear about his vision for Syria’s future, beyond saying that he is fighting to establish an Islamic State and Sharia Law.

Neither are the North Caucasus jihadis united beyond the desire to fight in Syria.

One of Umar’s critics, Abu Muslim al-Shishani, who according to North Caucasian sources fought in Chechnya with Saudi foreign fighter Emir al-Khattab, has slammed ISIS — and by extension, Umar — for their attitude toward jihad. Abu Muslim said that the ISIS emirs have no military experience and have failed to gain support from local Syrians.

Some of Umar’s former men refused to join him when he moved formally to ISIS, saying they would not swear an oath to Baghdadi and would remain “independent”. They did so because they had already sworn allegiance to Caucasus Emirate leader Dokku Umarov or because they believed that Baghdadi does not hold sway over all of Syria.