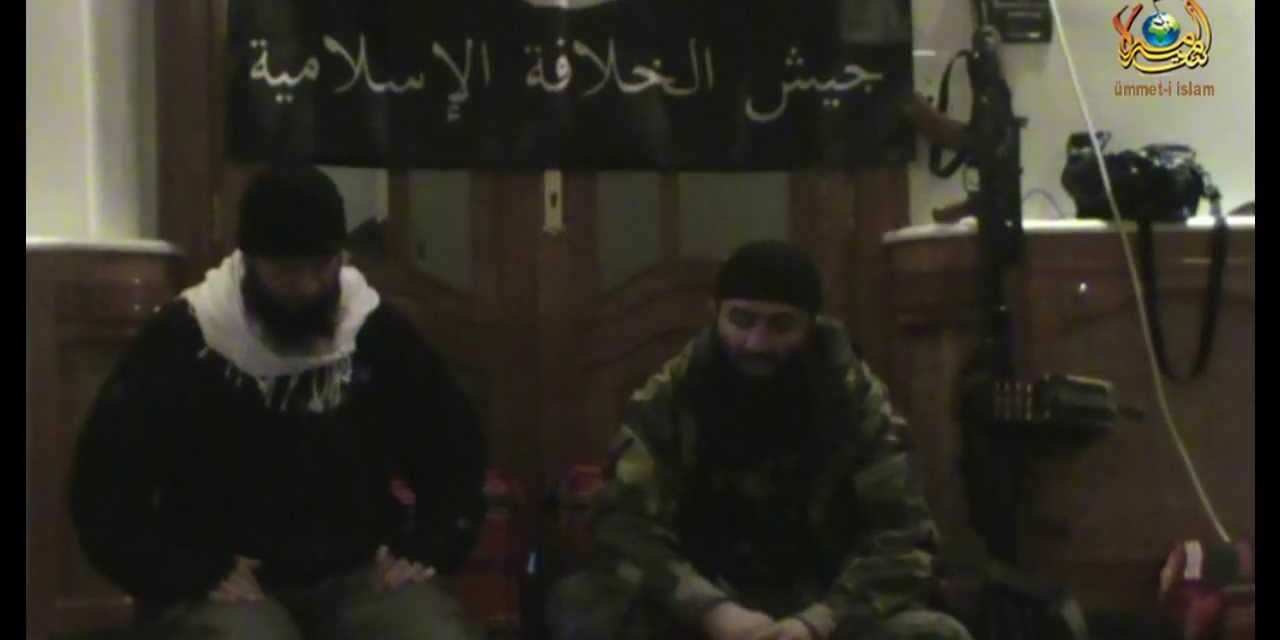 Chechen Emir Seyfullakh Shishani, whose faction has recently joined Jabhat al-Nusra, has given an interview in Turkish.

Until August, Seyfullakh was the second-in-command of prominent Chechen insurgent leader Abu Umar al-Shishani, leading mostly Chechen and North Caucasian fighters in Jaish al-Muhajireen wal Ansar (JMA). Umar expelled Seyfullakh from JMA in August, accusing him of takfir, but the dispute between the two men appears to be a power struggle. Seyfullakh formed his own jamaat, Khilafatul Islamia, which recently pledged allegiance to Jabhat al-Nusra and fought with that faction to take the regime-held Kindi Hospital in Aleppo.

Seyfullakh’s Turkish and the fact that his website, usudusham, regularly features articles in Turkish, points to the fact the he is a member of the Chechen Diaspora in Turkey. Around 1,500 Chechens who fled the First and Second Chechen Wars stayed in Turkey, where they have not been granted official refugee status.

EA correspondent Ali Kemal Yenidunya has translated some of the key points of Seyfullakh’s long interview. The questions, in Turkish, were put to Seyfullakh via the internet.

Seyfullakh is asked how long he has been in Syria and what the situation there is like.

Seyfullakh says he has been in Turkey for more than a year, and that there used to be fewer religious groups in that region, but that “the situation for Muslims is getting better.”

The answer is a common one given by foreign jihadis in Syria — that the Syrian people were secular or ignorant of Islam, but are becoming more religious (and therefore welcome the foreign fighters who spread a certain version of Islam).

Seyfullakh says that there many ethnic groups fighting in Syria including Turks, Azeris, Chechens. He says we see them as ‘brothers.’

– How are relations with other groups, especially with the Ansar?
There many groups. We have waged war together. We support Sharia and we are here for jihad.

– How do Syrians approach jihadists?
I got married in Syria and had a child there. They are as happy as Chechens for me. They have been under oppression for years. Innocent people should be invited to Islam. I love Syrian people.

– It is winter now. What is needed most?
We are calling on our Turkish brothers not to keep silent against Muslim blood.