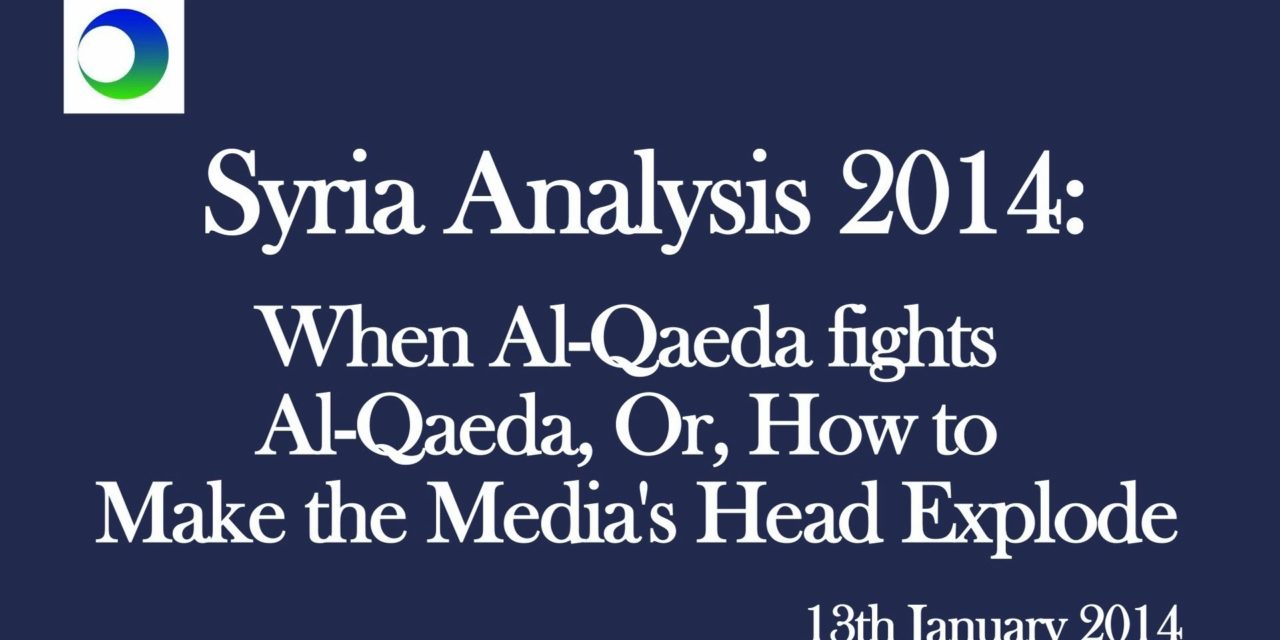 This month’s fighting in Syria between insurgents and the Islamic State of Iraq and as-Sham has thrown much of the mainstream media into a spin.

Suddenly it’s not so easy to slap on the label “Extremists Take Over Insurgency”, given that Jabhat al-Nusra — designated a terrorist group by the US and routinely pegged as “Al Qa’eda-linked” by the press — is among the groups confronting ISIS.

What to do? Perhaps a re-packaging of headlines — on the lines of the Los Angeles Times — of “extremist Al Qa’eda” v. “more moderate Al Qa’eda”:

What about “Al Qa’eda 2.0” for the 21st century, where it talks tough but at the end of the day you can go out and have a drink with it (non-alcoholic, of course)?

What about “Al Qa’eda But Only on Weekends”?