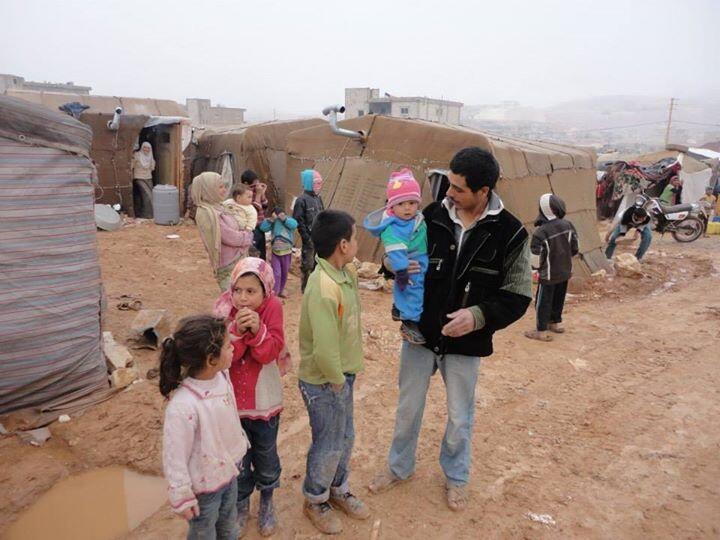 PHOTO: Syrian refugees in the camp in Arsal, Lebanon

Civilian deaths spiked amid the regime’s Qalamoun offensive seeking to take territory between Damascus and the Lebanese border. More than 300 people were killed over the weekend, with the town of Nabk — situated near the blocked Damascus-to-Homs highway — particuarly hard-hit.

The week was also marked by reports of humanitarian crisis. Those fleeing the Qalamoun offensive struggled to get to Lebanon, while displaced people trying to reach Jordan — and those already in camps — struggled with flooding. Reports documented the difficult situation for women and children.

Apart from a claim that it had advanced in Nabk, President Assad’s military made no marked progress in its offensives. Syrian forces had to fight off insurgent pressure on its gains last month in Aleppo Province, such as the city of as-Safira. At the same time, news of clashes in East Ghouta, near the capital, where insurgents have been trying to break Syrian blockades on the suburbs they hold.

Politically, the most intriguing signal of the week came from the US, where a former high-level official, Ryan Crocker, raised the possibility that the Obama Administration — feraing “extremists” — might accept President Assad’s hold on power.

Regime forces may break through this week in Nabk, but the Qalamoun offensive still faces the task of opening the Damascus-to-Homs highway. The most likely prospect is that Syria will enter winter with the “dynamic stalemate” it has endured for almost 18 months.

The Assad regime may get better news — albeit discreetly — on the political front. With the US media now devoted to tales of extremists and jihadists dominating the Syrian insurgency, the Obama Administration’s desire for a “peace” conference on January 22 appears to be leading it towards toleration of an Assad who promises to seek re-election in 2014.

There is no prospect of an easing of the humanitarian crisis, with more Syrians attempting to join those in already-overcrowded camps, notably in Jordan and Lebanon.

Is Obama Preparing to Accept Assad in Power?
A Split In Loyalties & Ideology For Syria’s Chechen Fighters
Will Syrian Women Have An Equal Role In Geneva II?

As the Chechen fighters inside Syria split over the issue of a pledge of loyalty to the Islamic State of Iraq and as-Sham, Russian authorities announced that they would set up a special unit in Chechnya to deal with the “militants” going abroad.

Would the effort work? A special two-part article on “Jihad for Export” raised doubts, with journalists finding out about the trail taking fighters from Chechnya to Turkey to Syria.

And on the other side of the conflict, fresh information shed light on the failed mission of Russian military contractors sent to protect key facilities for the Assad regime.