Syria Today, Dec 5: Surge in the Fight for Aleppo Province 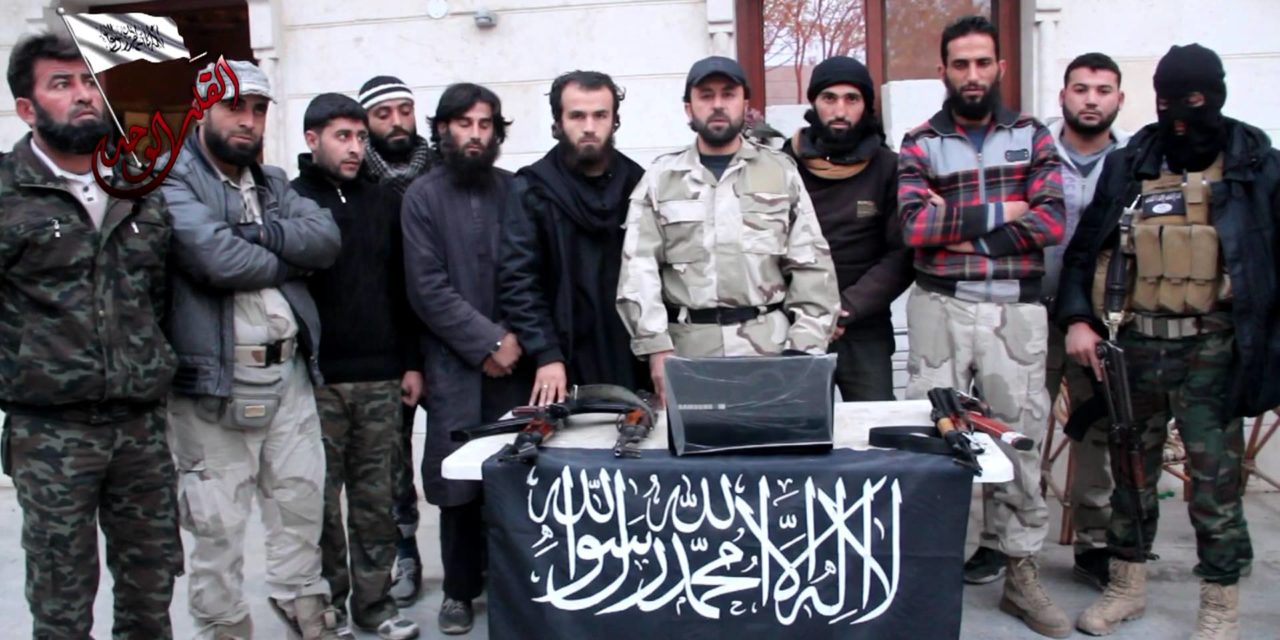 LATEST: Civilian Deaths from Chemical Toxins Amid Attack in Nabk in Damascus Province

UPDATE: Insurgents are now claiming the capture of part of the Kindi Hospital, used as a regime military barracks, in Aleppo. 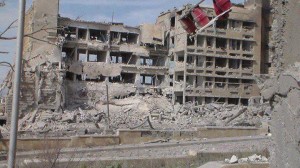 The fight for Aleppo and the surrounding area has escalated this week, following last month’s regime offensive opening up a corridor to Syria’s largest city.

Insurgents counter-attacked on Tuesday, striking and briefly infiltrating as-Safira, the city of 100,000 east of Aleppo taken by Syrian forces in November.

On Wednesday, fighting was reported by both the opposition and State media throughout the province.

Both sides pointed to clashes around the Kwaires airbase, held by the regime, with Syrian warplanes strafing nearby areas and shelling the town of Mayir with artillery. Shaam News Network said insurgents were firing rockets on Kwaires in response.

State News agency SANA writes, “Units of the armed forces carried out operations against terrorists’ dens and gatherings in Kwaires and al-Jadida villages in Aleppo countryside, in which they destroyed rocket launch-pads, weapons and mortars.”

In Aleppo city, the Islamic Front announced the start of an operation to “liberate” the Kindi Hospital, now used by regime forces as a barracks.

SANA said the Syrian army had “killed a large number of terrorists and destroyed their dens” near the hospital, as well as to the east of al-Nairab Airport and in the villages of Talazan, Kfar Dael, al-Lairamoun, al-Bab, Abtin, Handarat, and Bustan al-Qasr.

In the last week, the regime has stepped up airstrikes on Aleppo city and towns like al-Bab, killing scores of civilians. On Wednesday, State media reported that insurgent mortar fire on insurgent-held areas of Aleppo, in a military statement since July 2012, had killed 17 people.

Reports have been circulating on Thursday about civilian deaths from chemical toxins amid regime attacks on the town of Nabk in Damascus Province.

The Syrian army has been trying to take the town — near the strategic Damascus-to-Homs highway, which has been blocked by insurgents — since the start of the Qalamoun offensive in late November, with daily bombardment.

Activists have claimed at least seven cases of chemical poisoning.
In this video, a doctor describes symptoms of a victim:

The white smoke from the video showing the shelling points to incendiary weapons, as do reports about numerous fires.

This would not be the first time different payloads were mixed in an attack. It is a technique invented in World War II and Syrian regime forces have developed this with additions of chemical weapons — or diluted chemical weapons — into the mix.

But do we have proof of deployment of chemical weapons? No.

At the least, there are parallels to “small-scale” chemcial weapons attacks of the past. It is safe to say that one cannot rule out that some nasty stuff was used in combination with incendiary weapons.

Elections in Insurgent-Held Areas of Aleppo

The Aleppo Media Center reports that the process for electing members of the Aleppo Provincial Council and Aleppo City Council has begun in insurgent-held areas.

Suheir al-Atassi has resigned as head of the opposition Syrian National Coalition’s Assistance Coordination Unit, following internal disputes over provision of aid and her management.

Last week, 25 employees of the Unit went on strike, calling for major reforms to address “the spread of corruption within the unit and [to] put an end to favoritism”.

Their statement called on Atassi to end what it called her “double-standards policy” of deducting salaries of dissenting employees, and to stop altering paid leaves of employees who were attending training sessions.

The statement also chastised Atassi for “tampering” with incoming resumes, noting instances where qualified candidates were neglected, whether intentionally or unintentionally.

The Assistance Coordination Unit called the strike a “foreign conspiracy” and told employees to resume work with unconditional discussions about their demands.

The opposition Syrian National Coalition has expressed concern over the deteriorating humanitarian situation in the Qalamoun region amid the ongoing regime offensive.

The Coalition claims that nearly 8000 civilians, including 1000 children, have left Qalamoun in the past two days for eastern Lebanon, amid the Syrian military’s bombardment.

EA sources confirm the news, adding concern over the lack of capacity in the camp in the Lebanese border town of Arsal to shelter the refugees: “children are dying from the cold, hunger, and lack of medication”.

Most of the refugees are from the town of al-Nabk, attacked by Syrian forces since the offensive began in late November. An activist claims, “The regime is bombing the city into rubble, street by street, to force people out”, as in its successful campaigns against Qusayr in southern Syria in June and as-Safira in Aleppo Province last month.

Sources added that a 25-kilometer barrier, recently erected by the Lebanese army, has created a further problem: “Thousands of civilians have been bombed out at home just to enter another hell.”

Other activists have called for the intervention of the Red Cross.

The Islamic State of Iraq and as-Sham has killed an Iraqi freelance cameraman, Yasser Faysal al-Joumaili, working in northern Syria.

Al-Joumaili was leaving Syria on Wednesday after a 10-day assignment in insurgent-held territory. He was shot after being stopped at a checkpoint in Idlib Province in the northwest as he headed for the Turkish border.

He was on assignment for a Spanish media outlet and had previously worked for Al-Jazeera International and Reuters.

Reporters Without Borders said the cameraman was the first foreign journalist killed by ISIS in Syria.

Joumaili is the 8th foreign journalist slain in Syria since the conflict erupted in March 2011, according to RWB.

Syrian Coalition: FSA Not Involved in the Case of Maaloula Nuns

The Syrian National Coalition has issued a statement saying that both its leadership and that of the Free Syrian Army say that the FSA is “not involved in the case of the nuns of Mar Teqla monastery. The investigation on their whereabouts will continue and the FSA will make sure to get them to safety upon their reappearance.”

The SNC claimed that the FSA has “intercepted a wireless call between Assad’s shabiha and members of the Lebanese militia, Hezbollah. The conversation implicates the Assad regime directly in shelling holy places in Maaloula.”

French NGO Free Syria Lyon has reported that one of its humanitarian aid trucks has been stopped at the Turkish border, pending payment of tariffs totalling €5,400
to the Turkish authorities. The NGO says that Turkey has declared a new premium for each trailer crossing the border, which the aid convoy had not taken into account when it set out.

Islamic Front leaders Ahmad Issa and Zahran Abdullah Alloush have issued a statement resigning from their positions in the Supreme Military Council.

The Syrian Coalition have tweeted a quote from Mother Pelagia Sayaf of the Mar Teqla Monastery in Maaloula, who says that the Free Syrian Army did not attack or damage Christians in the town.

Mother Pelagia Sayaf, of Mar Teqla monastery in Maaloula, says the FSA has not harmed,destroyed or attacked Christian monuments or people.