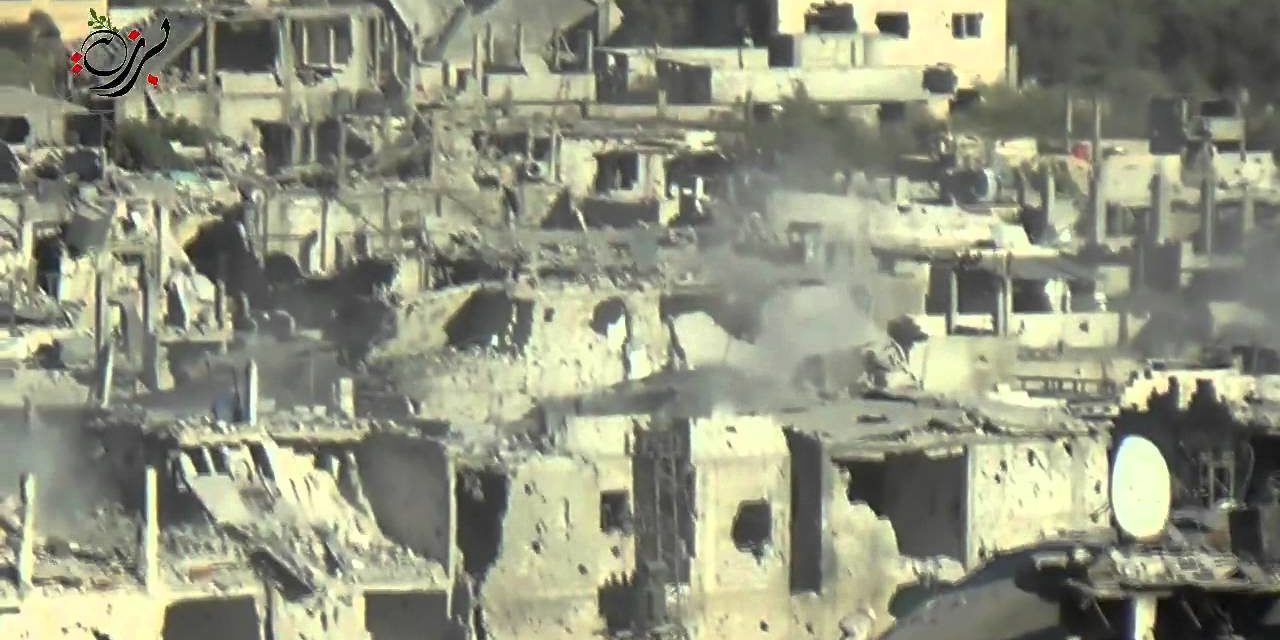 UPDATE: MORE ON THE AFFECTS OF THE ONGOING REGIME SIEGE IN THE DAMASCUS SUBURBS.


The Assad regime on Monday has continued its large-scale offensive against multiple locations in the Damascus suburbs, deploying artillery, mortars and tanks in attempts to overrun key opposition-held positions and force civilians out.

The ongoing offensive continues after months of attacks with heavy conventional weaponry including mortars, artillery and airstrikes, during which time the regime has not managed to make significant gains against insurgent-held positions in the area surrounding the capital.

Despite its little gains and despite the “dynamic stalemate”, however, on Sunday Syrian President Bashar Al Assad told Italian TV that the Syrian regime could not have been responsible for the August 21 chemical weapons attacks because its army was “advancing” in the Damascus suburbs.

Where are the clashes and regime strikes taking place?

The pattern on Monday is the same as it has been since the chemical weapons attacks of August 21 — the regime is striking against as many opposition-held suburbs and neighborhoods as possible, but is targeting civilians trapped in those areas as well as insurgent positions. The regime has also imposed a siege on opposition-controlled areas, and has blocked basic supplies and food from reaching civilians.

In Barzeh, activists report fierce clashes between the FSA and regime forces at Tishreen, as the regime continues attempts to overrun the neighborhood with tanks.

Footage from Sunday shows extensive destruction in Barzeh as the regime made attempts to storm the neighborhood with tanks while using 23mm artillery to fire on insurgent targets:

The regime is also concentrating attacks on the key suburb of Zamalka, one of the targets hit in the August 21 chemical weapons attacks).

Following the August 21 attacks, which killed many media activists, there has been a marked reduction in video footage from Zamalka. However, activists report on Monday that Assad forces began using rocket launchers to target civilian homes in Zamalka, amid continued clashes between the FSA and regime forces, as the latter attempt to gain control of the key Southern Bypass road, and invade the town.

In Babbila, to the south of Zamalka, Assad’s forces on Monday shelled civilian homes.

There have also been fierce clashes — and heavy regime shelling — in Douma and Harasta, two suburbs on the northeast edge of Damascus.

A home in Douma destroyed by a regime rocket on Sunday:

In West Ghouta, the town of Moadamiyyat Ash Sham — again, a target of the August 21 chemical attacks — continues to come under heavy regime fire.

The Affects Of The Siege: Child Deaths From Malnutrition

Citizen journalists in the Damascus suburbs have documented how the regime’s siege of southern Damascus and the suburbs is affecting local people, particularly children.

This footage, filmed in Alhajeerah on September 22, shows a young child, named Abdulazeez, who died of malnutrition as a result of the siege.

WARNING — some viewers may find the images of Abdulazeez disturbing.

Because of the siege and ongoing shelling and airstrikes, many civilians in southern Damascus and the East and West Ghouta suburbs are trapped, without food, water, medicines or access to medical treatment. A doctor who is heard in the video says that Abdulazeez died a slow death of malnutrition and because regime forces directly prevented Abdulazeez’s parents from taking him to the closest children’s hospital.

One of the towns worst hit by the siege has been Moadamiyyat Ash Sham in West Ghouta, which was also the target of one of the August 21 chemical weapons attacks.

Activists say that for no no food, water or medicine have been brought into Moadamiyyat Ash Sham for over 200 days. The result has been an increasing number of cases of malnutrition and even starvation among some children whose families are unable to flee.

WARNING — some viewers may find these images disturbing.