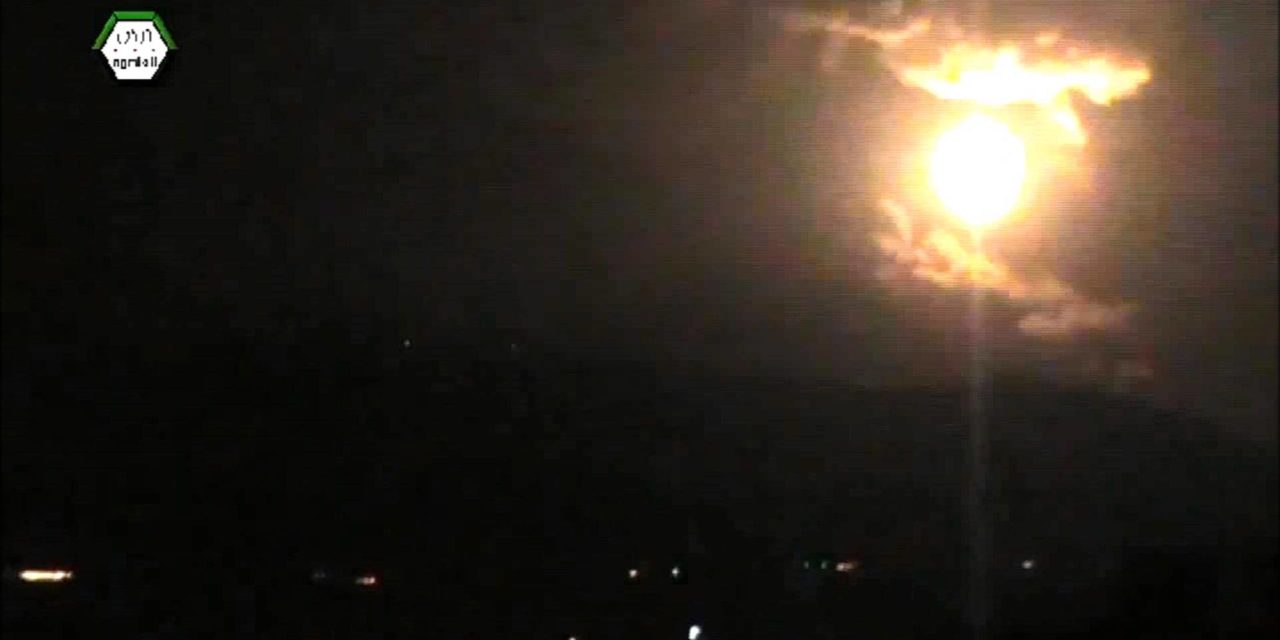 Shocking news, covered up by the “mainstream media”, out of Syria….

Retaliating for the sinking of one of its nuclear submarines by Syrian forces, Israel dropped an atomic bomb near Damascus on May 4.

Don’t believe us? Here is the exclusive from investigative reporters — favored by reliable international outlets like Iran’s Press TV — at Veterans Today:

At the time, EA assessed that Israel might have carried out a conventional attack on a Syrian “strategic research facility”. We concluded:

The message to Assad is clear. If the regime continues to move rockets across the border to aid Hezbollah, Israel will not only strike at the immediate threat, but will deal serious body blows to the regime, severely hampering Assad’s efforts to counter Syria’s insurgency.

Blinded by our place within the late-capitalist, pro-American-imperialist, free-market media, we must have missed the mushroom cloud and the lightning around it. Thank goodness that Veterans Today are clear-eyed and able to bring us the Truth.

Other exclusives from Veterans Today:

Oh, we also do not believe that Iran’s Press TV is a reliable news source.]