Syria Special: The US-Saudi Conflict over Arms to Insurgents 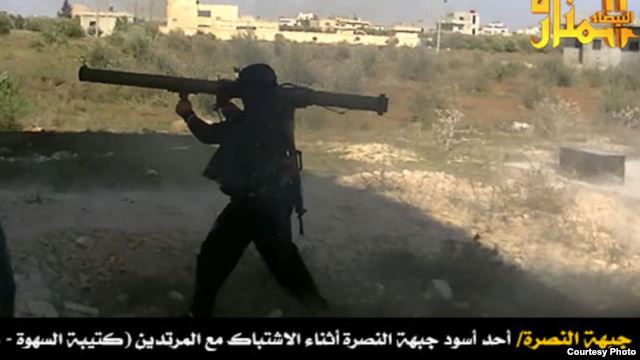 For almost two weeks, there has been a confusion of stories about the arming of Syrian insurgents by foreign powers, especially the US and Saudi Arabia.

Far from clarifying the situation, Washington’s announcement that it would publicly supply weapons only muddled the situation further. Leading US officials — including President Obama — pulled back from the statement, while other unnamed Government sources re-confirmed the story that the CIA and American military have been covertly training and arming the opposition since late 2012.

Meanwhile, reports from Syria claimed Saudi-backed arms, including anti-tank weapons, were appearing among the insurgency; however, these claims were often based on rumours or general statements from a few opposition fighters. Moreover, the appearance of a few anti-tank missiles, notably the Russian Konkurs, was not a significant or new development — they have been on the Syrian battlefield for several months.

Last week, the opposition Free Syrian Army complained that it was not getting the necessary arms, but on Friday, its spokesman changed course and said a shipment had reached the FSA that “could “change the course of the battle on the ground”. Even then, however, other sources in the insurgency said weapons were not reaching fighters amid battles with regime forces in Daraa and Damascus suburbs.

So what, if anything, can be established?

Sources within the insurgency have given EA a possible explanation for the tension and confusion: while Saudi Arabia has built up large stockpiles of arms and ammunition for the Free Syrian Army, the US blocked shipments until last Thursday.

The US and the Saudis are involved in a multilateral effort to support the insurgency from Jordanian bases. But, according to the sources, Washington had not only failed to supply “a single rifle or bullet to the FSA in Daraa” but had actively prevented deliveries, apparently because of concerns over which factions would receive the weapons. The situation also appears to be complicated by Jordan’s fears that arms might find their way back into the Kingdom and contribute to instability there.

The sources said the Saudi-backed weapons and ammunition are in warehouses in Jordan, and insurgents in Daraa and Damascus could be supplied “within hours” with anti-tank rockets and ammunition. The Saudis also have more weapons ready for airlift into Jordan, but US representatives are preventing this at the moment.

As a result, the sources assert that insurgents are struggling to protect Syrian civilians from regime militias in the increasingly chaotic south. An FSA source in Daraa, speaking via Skype, said that if weapons deliveries do not resume, “it will be catastrophic” for the countryside around Damascus.

At the end of the week, amid pressure from the insurgents and the Saudis — who apparently have been joined by Qatari elements as the leading suppliers of the insurgency — the Americans relented to allow a shipment to the FSA. US officials may also have been influenced by the imminence of Saturday’s Friends of Syria meeting, convened in Qatar to look for a resolution of the arms issue.

It remains to be seen, however, if the US-approved shipment is more than a token resolution — despite the statement from the Friends of Syria on Saturday that it will “provide urgently all the necessary materiel and equipment to the opposition on the ground”.

Sources indicate the Saudis are still unhappy with Washington’s position, and may consider other ways to support the insurgency if co-ordination with the US does not improve.

Other statements from the Friends of Syria meeting pointed to unease. The Qatari Prime Minister declared, “Force may be the only way to enforce righteousness and supplying weapons to the opposition may be the only way to reach peace in Syria,” and then — without naming the US — added: “Most countries, except for two, are agreed on how to provide assistance to the rebels through the military council.”