Trump Organization Fined $1.6 Million Over 17 Counts of Tax Fraud and Other Crimes 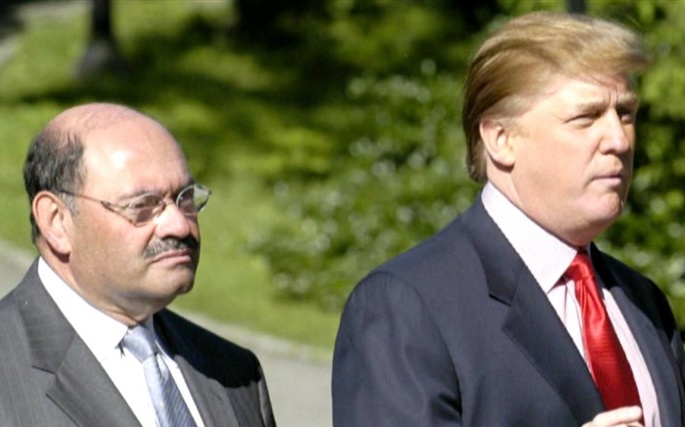 A New York State court has fined the Trump Organization $1.6 million – the maximum penalty allowed – over its conviction on 17 felony charges, including tax fraud and falsifying business records.

Prosecutor Joshua Steinglass asked Judge Juan Merchan for the maximum fine, even though it will have “minimal impact” on the company.

Steinglass referred to Allen Weisselberg, the Trump Organization’s Chief Financial Officer who was sentenced to five months in prison after a deal in which he testified against the company.

We all know that these corporations cannot go to jail as Allen Weisselberg has. The only way to effectively deter such conduct is to make it as expensive as possible.

Manhattan District Attorney Alvin Bragg, who is considering the prosecution of other criminal changes against Donald Trump and his businesses, expressed his hope that the punsihment “sends a message to New Yorkers that you know we’re one system of justice and that this kind of conduct, regardless of who you are, won’t be countenanced in Manhattan”.

However, he said the maximum amount of the fine should be raised: “It isn’t sufficient. Plain and simple….I think many of us see, particularly those who sat through the trial and saw the 13-year pattern of deep greed and misconduct laid bare, [that] we should have stiffer penalties for conduct like that.”

A Trump Organization spokesperson said the company, Trump, and Weisselberg are “victims”.

The Trump Organization has been convicted on all 17 counts of tax fraud and other crimes after more than a day of jury deliberations in Manhattan in New York.

Allen Weisselberg, the Trump Organization’s Chief Financial Officer and a Trump employee for almost 50 years, pleaded guilty in August over his receipt of benefits. As part of his plea bargain, he testified in the trial of the Organization.

Prosecutors did not charge Trump, and Weisselberg — who is still being paid by the Organization while on leave — did not implicate his long-time boss.

However, the prosecution set out how Trump personally paid for the benefits and approved essential aspects of the scheme. In closing arguments, prosecutors summarized that Trump was “explicitly sanctioning tax fraud”.

The conviction may also bolster other developing civil and criminal cases against Trump, the Organization, and his children Donald Jr., Ivanka, and Eric.

Bragg said in an interview on Tuesday evening, “We got to see the inner workings of the Trump Organization: the greed, the lies, the cheating.”

“The Beginning of Holding Trump Accountable”

The maximum punishment for the Organization is $1.62 million, but the reputational damage will be far greater as Trump pursues his candidacy in the 2024 Presidential election.

New York Attorney General James said on Tuesday, “We can have no tolerance for individuals or organizations that violate our laws to line their pockets.”

Trump and his lawyers said they would appeal and blamed Weisselberg. Trump, who said he was “disappointed with the verdict”, said the case was not about him but about his Chief Financial Officer “committing tax fraud on his personal tax returns”.

The Trump Organization also sought to sacrifice Weisselberg as it complained, “The notion that a company could be held responsible for an employee’s actions, to benefit themselves, on their own personal tax returns is simply preposterous.”

In his two days of testimony, Weisselberg detailed the scheme overseen by the Organization’s comptroller Jeffrey McConney, which began in 2005 and lasted more than a decade. Weisselberg received about $1.8 million in indirect and hidden compensation, with evasion of hundreds of thousands of dollars in taxes. The benefits included a rent-free apartment in a Trump building overlooking the Hudson River; leased cars for him and his wife; and private school tuition for their grandchildren.

McConney admitted in his testimony to committing crimes but was granted immunity because he was called by prosecutors as a grand jury witness.

While not directly implicating Trump, Weisselberg said Trump personally paid the tuition. Prosecutors displayed a document, signed by Trump, in which he authorized a reduction in salary for another executive receiving clandestine benefits.

Former Manhattan District Attorney Cyrus Vance, who launched the investigation of Trump and the Organization in 2018, said on Tuesday:

To me, this guilty verdict against the Trump Organization is not the end of, but just the beginning of juries holding the former president, his corporation and his inner circle accountable.