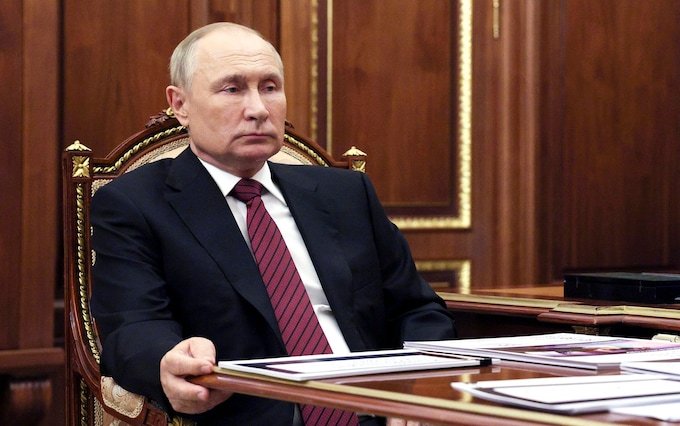 French President Emmanuel Macron says Russia’s demand for security guarantees should be addressed if Vladimir Putin agrees to negotiations about ending his invasion of Ukraine.

Macron said Europe needs to address Putin’s assertion that “NATO comes right up to [Russia’s] doors” with the deployment of weapons that could pose a threat.

The Ukrainian military has advised civilians to evacuate Russian-occupied settlements on the east bank of the Dnipro River in southern Ukraine.

The advice comes amid the possibility of a further Ukrainian advance, following the liberation of Kherson city and other areas west of the Dnipro last month.

Russian proxy officials said earlier this week that they were moving people with limited mobility out of the settlements.

One civilian was killed and six were injured in Russian attacks on Ukraine on Friday.

He said the civilian was killed and four injured in the Donetsk region in eastern Ukraine. One was injured in Kharkiv in the the northeast and one in Kherson in the south.

Canada has expanded its sanctions against Iran over Tehran’s supply of Shahed-136 attack drones to Russia and its crackdown on nationwide protests for rights and justice.

Ottawa has added four individuals and five entities to the sanctions list “for their roles in the regime’s gross and systematic human rights violations and actions that continue to threaten international peace and security”.

Among those cited are the company Baharestan Kish, which helped develop the drones being used in attacks on Ukraine’s energy infrastructure and other civilian sites.

The European Union’s 27 states have agreed a price cap of $60 per barrel on Russian oil transported by sea.

The cap is expected to be formally announced on Sunday alongside those of the G7 —- US, France, Germany, UK, Italy, Japan, and Canada —- and Australia.

The agreement was confirmed after Poland confirmed its acceptance. Warsaw had pressed for a cap as low as possible.

The deal was reached after the EU agreed on an adjustment mechanism to keep the cap below the market price. Poland’s Ambassador to the EU, Andrzej Sadoś, said the mechanism will ensure the cap is at least 5% below the global rate.

Some analysts have said that the cap will have no effect, since Russia’s current price of about $52 per barrel is more than 13% below the $60 cap.

The Russian Embassy in Washington —- whose Government blockaded Ukraine’s Black Sea exports for five months —- complained, “We are witnessing a reshaping of the basic principles of free markets. Steps like these will inevitably result in increasing uncertainty and imposing higher costs for raw materials’ consumers.”

ORIGINAL ENTRY: Trying to hold onto part of Ukraine amid his troubled invasion, Russia’s Vladimir Putin has rejected negotiations.

On Thursday, US President Joe Biden said he was ready to meet Putin if the Russian leader is genuinely seeking to end his invasion. Biden acknowledged that Putin has no immediate plans to do so.

Putin responded on Friday with an hour-long call with German Chancellor Olaf Scholz. He used the conversation both to try and break international support for Ukraine and to blame Kyiv for preventing negotiations: he claimed that financial and military aid to Ukraine ensured that the Zelenskiy Government rejected any talks with Moscow.

Scholz held the line, saying any resolution of the invasion must include the withdrawal of Russian forces from Ukrainian territory.

Putin’s pose, following Russia’s loss of more occupied territory in southern Ukraine suce as Kherson city, was clumsily linked to pressure on the US and Kyiv. Foreign Minister Sergei Lavrov said discussions with Western officials must be based on Russia’s demands for unilateral “security guarantees” in December 2021: effectively a confirmation of Moscow’s control of parts of Ukraine including Crimea, and a permanent bar on any Ukrainian relationship with NATO.

Peskov then raised the stakes. He indicated that negotiations with the US on topics such as nuclear weapons reduction would not resume until Washington recognized Putin’s “annexation” of the Donetsk and Luhansk regions in eastern Ukraine and Kherson and Zaporizhzhia in the south.

“We Have to Respect the Ukrainians”

On Thursday, Biden and French President Emmanuel Macron ruled out any concessions in their meeting at the White House. Condemning “Russia’s illegal war of aggression against Ukraine” and emphasizing that “intentionally targeting civilians and civilian infrastructure” are war crimes, the leaders denounced Putin’s “annexations”. They reaffirmed continued support for Ukraine’s defense, including “stepping up the delivery of air defense systems and equipment needed to repair Ukraine’s energy grid”.

We will never urge the Ukrainians to make a compromise that will never be acceptable to them. They are so brave, and they defend precisely their lives and nations and our principles.

After the Kremlin reaffirmed that it will not end its occupation and “annexation” of Ukrainian territory, US National Seucrity Council spokesperson John Kirby said:

We’re just not at a point now where talks seem to be a fruitful avenue to approach right now.

[President Biden] has no intentions to talk to Mr. Putin right now. And as he also said, Putin has shown absolutely no inclination to be interested in dialogue of any kind. In fact, quite the contrary.