UPDATES: After IAEA Resolution Over Its Non-Compliance, Iran Steps Up Production of 60% Uranium 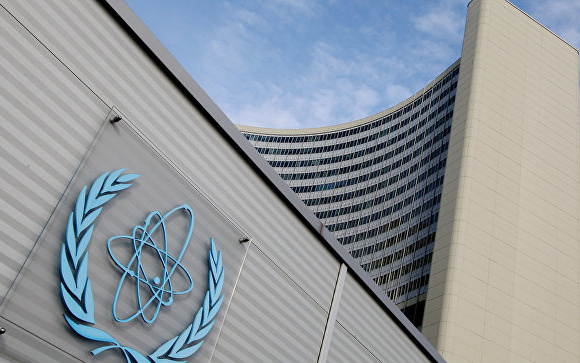 Iran has tripled its capacity for enrichment of 60% uranium, says the head of the International Atomic Energy.

Rafael Grossi told a press conference in Rome on Friday, “Iran informed us they were tripling, not doubling, tripling their capacity to enrich uranium at 60%, which is very close to military level, which is 90%.” He emphasised:

This is not banal. This is something that has consequences. It gives them an inventory of nuclear material for which it cannot be excluded…that there might be another use. We need to go. We need to verify.

The head of Iran’s Atomic Energy Agency, Mohammad Eslami, said last month that Grossi will not be welcomed for talks at the moment. Tehran is restricting IAEA monitoring of nuclear sites, removing cameras and withholding video tapes.

The UK, France, and Germany said Iran is moving “well beyond” the limits of the 2015 nuclear deal: “This step, which carries significant proliferation-related risks, has no credible civilian justification.”

US National Security Council spokesman John Kirby said, “We’re going to make sure we have all options available to the President. We certainly have not changed our view that we will not allow Iran to achieve a nuclear weapons capability.”

Iran’s officials have confirmed the enrichment of uranium to 60% in the underground Fordow facility, further violating the 2015 nuclear deal with the 5+1 Powers (US, UK, France, Germany, China, and Russia).

Tehran framed the escalation as a response to last week’s resolution by the International Atomic Energy Agency’s Board of Governors, passed by 26-2 with 5 abstentions, criticizing Iran’s restrictions on IAEA inspections.

Iran is barred from enrichment beyond 3.67% under the 2015 deal. However, in response to US withdrawal and imposition of comprehensive sanctions, Tehran resumed production of 20% uranium in January 2021. It started enrichment of 60% uranium at its Natanz facility in April 2021.

Again in violation of the 2015 deal, Iran has installed new IR2M and IR4 centrifuge cascades at both Natanz and Fordow. It is now putting IR6 centrifuges in Fordow.

The production of 60% uranium is still short of the grade of more than 90% needed for military use, but it reduces Iran’s “breakout time” for a nuclear warhead.

The US Treasury has sanctioned another 13 Iranian companies because of links with the petrochemical sector.

The Treasury said the companies were “facilitating the sale of hundreds of millions of dollars’ worth of Iranian petrochemicals and petroleum products to buyers in East Asia”.

ORIGINAL ENTRY: The International Atomic Energy Agency’s 35-nation Board of Governors has overwhelmingly voted for a resolution demanding Iran’s compliance with inspections of its nuclear program.

The text was approved 26-2 with 5 abstentions. Only Russia and China voted against.

The resolution, drafted by the US, UK, and France, specifically cites the IAEA’s investigation into uranium traces found at three undeclared sites from almost 20 years ago. It says that “it is essential and urgent” that Iran explain the origin of the uranium particles and provide answers to the IAEA’s questions.

However, the vote also reflects concerns over Iran’s current nuclear program and its blocking of inspections. Since early 2021, Iran has withheld all monitoring videos, and it has removed IAEA cameras from some sites.

Meanwhile, Iran has rapidly expanded its production of enriched uranium, breaking the terms of the 2015 nuclear deal with the 5+1 Powers (US, France, Germany, UK, China, and Russia).

Iran’s uranium stock is now 18 times the limit set by the deal. It has resumed the pre-2015 enrichment of 20% uranium, barred by the agreement, and initiated enrichment of 60% uranium.

While the production is still short of the grade of more than 90% for military use, it has reduced the “breakout time” for Iran to complete its first nuclear warhead.

The concern has been compounded by further signs of Iranian obstruction. On Thursday, the head of Iran’s Atomic Energy Agency said IAEA head Rafael Grossi is not welcome to visit Tehran.

“Iran must now provide the necessary cooperation, no more empty promises,” the US said in its statement before the vote.

If Iran fails to cooperate, the IAEA Board will take further action, including possible referral of Tehran to the UN Security Council.

Iran’s envoy to the IAEA, Mohsen Naziri, indicated Tehran would not ease its obstruction: “The political goals of the founders of this anti-Iranian resolution will not be realized but it could impact the constructive relations between Tehran and the Agency.”