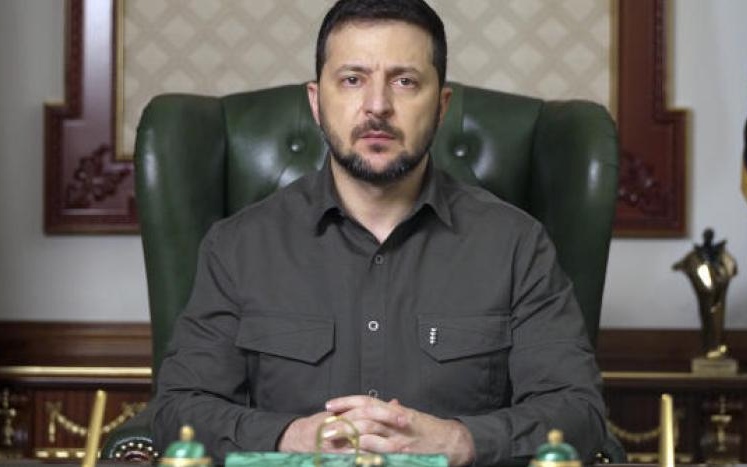 More than 500 Ukrainian settlements are still without power after the latest wave of Russian missile strikes 11 days ago.

Deputy Interior Minister Yevgueny Yenin said on TV, “The enemy continues to attack the country’s essential infrastructure. Currently, 507 localities in eight regions of our country are cut off from electricity supplies. The Kharkiv region is the worst hit with 112 isolated villages.”

In both the Donetsk and Kherson regions, 90 settlements are blacked out. Other power cuts are in Mykolaiv, Zaporizhzhia, and Lugansk regions.

On Thursday, the UK’s National Crime Agency said three men had been detained. The lead suspect, whom it did not name, was accused of money laundering, conspiracy to defraud the Home Office, and conspiracy to commit perjury. The trio were later released on bail.

More than 50 members of the UK National Crime Agency’s Combating Kleptocracy Cell were involved in the raid. Computers and a large amount of cash were seized.

Russian’s State agency TASS, citing a source close to Fridman, said he “was detained on suspicion of violating sanctions imposed on him”.

Fridman is the co-founder of Russia’s Alfa Bank and the LetterOne investment firm.

In March, just after the start of Vlaidmir Putin’s invasion, Fridman was sanctioned by the UK Government and the European Union. He and several other Russian billionaires then stepped down from the board of LetterOne.

A representative of Alfa Bank insisted on Saturday, “We do not know who this news is about, Mr. Friedman is at home, not under arrest. He has nothing to do with this story.”

The Russian Embassy in London said it “has asked the British authorities for clarification”.

Ukraine has sanctioned 10 senior clerics of a church linked to Moscow, claiming they justified Vladimir Putin’s invasion or agreed to work with Russian occupation authorities.

Most of the clerics live abroad or in territories controlled by Russia, said Ukraine’s State security service.

Nine buildings were searched in the Rivne, Zhytomyr, and Zakarpattia regions last week.

A majority of Russians favor negotiations rather than ongoing military operations in Ukraine, according to a November poll by the independent Levada Center.

Negotiations were backed by 53% of respondents v. 41% who want to press ahead with the troubled invasion.

The outlet Meduza claimed last week that an internal Kremlin-commissioned poll last month found 55% favoring peace talks and only 25% wanting a continuation of the war.

The Russian forces were still backed by 74% of those surveyed.

Ukrainian forces have reportedly reached the east bank of the Dnipro River in southern Ukraine.

The Ukrainian military posted footage on Saturday of boats with Ukrainian servicemen crossing the Dnipro across from Kherson city, liberated almost four weeks ago. The troops reaching a wooden marina-like structure on the east bank and raised a Ukrainian flag on a tower near the shore.

The Ukrainian military advised civilians to evacuate Russian-occupied settlements on the east bank. Russian proxy officials said earlier this week that they were moving people with limited mobility out of the area.

Ukrainian forces liberated the territory on the west bank of the Dnipro throughout the autumn, inflicting a major strategic and symbolic defeat on Vladimir Putin and his “annexation” of the Kherson region.

ORIGINAL ENTRY: Ukraine President Volodymyr Zelenskiy has criticized the level of the global price cap on Russian oil, saying it has been set too high to have any significant effect.

After protracted debate, the 27 countries of the European Union set the level of the cap on seaborne Russian oil exports at $60 per barrel on Friday. The G7 — the US, France, Italy, Germany, UK, Japan, and Canada — and Australia set a similar price.

The EU mandated an adjustment mechanism to ensure the cap is at least 5% below the global rate. However, some analysts noted that the measure will have no effect, since Russia’s current price of about $52 per barrel is more than 13% below the $60 limit.

Zelenskiy responded in his nightly address to the nation on Saturday:

The discussion on price caps…has ended in the world. Unfortunately [it is] without big decisions, as you wouldn’t call it a big decision to set such a limit for Russian prices, which is quite comfortable for the budget of a terrorist state.

Russia has already caused huge losses to all countries of the world by deliberately destabilizing the energy market….

This is a weak position. And it’s only a matter of time when stronger tools will have to be used anyway. It is a pity that this time will be lost.

The President noted that even with a cap of $30 per barrel, which Poland the Baltic countries had proposed, “the Russian budget will receive about $100 billion a year” to continue the invasion and its “sponsoring of other terrorist regimes and organizations”.

Russia still slammed the caps. The Russian Embassy in Washington —- whose Government blockaded Ukraine’s Black Sea exports for five months —- complained, “We are witnessing a reshaping of the basic principles of free markets. Steps like these will inevitably result in increasing uncertainty and imposing higher costs for raw materials’ consumers.”