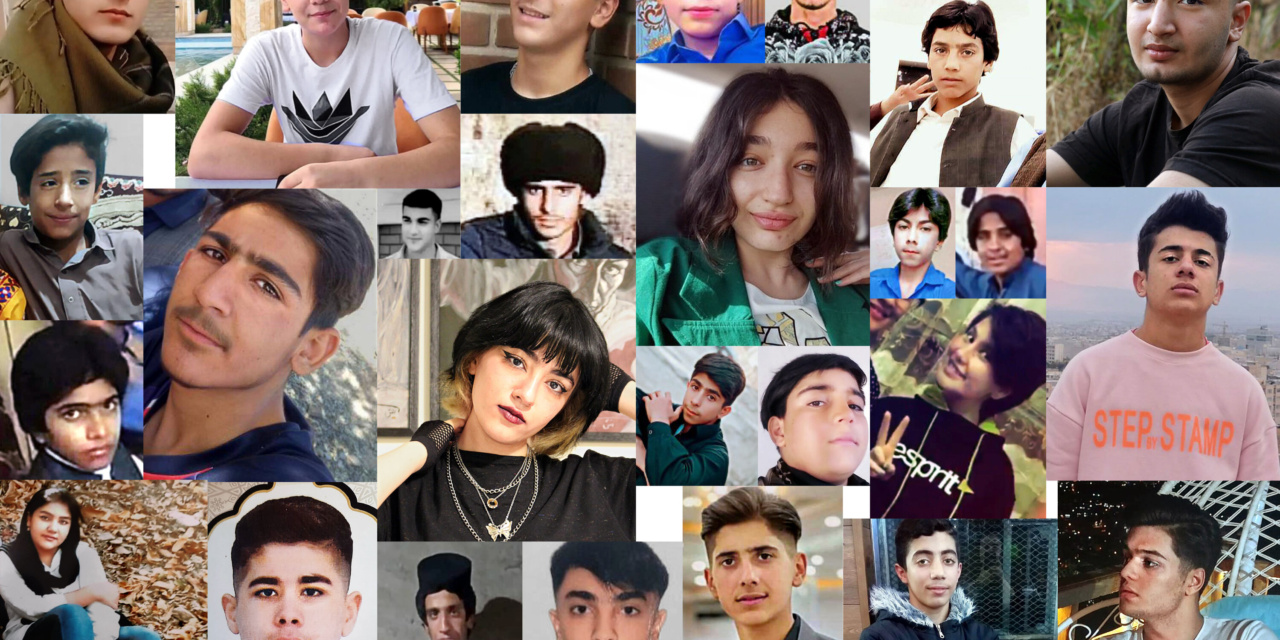 A prominent actor has been arrested for the removal of her headscarf in public:

Famous Iranian actress Hengameh Ghaziani has been arrested, state media said.
She'd earlier removed her hijab and said, "This might be my last (Instagram) post. From this moment on, whatever happens to me, know that as always, I am with Iranian people until my last breath." pic.twitter.com/tSVhUamsna

Another actor, Katayoun Riahi, has been arrested for appearing without hijab in an interview with Saudi-funded outlet Iran International.

Three presenters on State broadcaster IRIB have publicly in the past 48 hours.

Farhad Fakhrbakhsh said, “After more than 20 years, I resign because the people’s situation is not good.” Davood Abedi asked, “How can I continue to cover sports happily with so many grievances all over my country?”

Claimed video of the Iranian military patrolling the streets of Mahabad in northwest Iran after their deployment on Saturday:

This morning in Mahabad. Military forces roam the streets of the city, and shoot directly at the windows of residential. Horrific and indiscriminate violence and killings! #MahsaAmini #مهسا_امینی #مهاباد #IranRevolution pic.twitter.com/4b9A8wp5v3

But despite the entry of the armed forces into the city, protests continue — this group chants, “Death to the Dictator”:

And a demonstration outside a police station:

As protests and violence escalated across Iran, the Supreme Leader spent his Saturday telling an audience that the nation has rejected the idea of liberal democracy and stood up against Western schools of thought.

Addressing the group from Isfahan in central Iran, Ayatollah Khamenei referred to the protests by blaming an “enemy”:

[It] is trying to make not only the people and the youths, but also the officials lose hope, and unfortunately, the enemy has an internal extension that they are also trying to instill hopelessness and despair by using newspapers and cyberspace.

The rioters are causing problems for the people, & they are committing crimes. However, these rioters on the streets and those directing them from behind the scenes are too inferior to be able to damage the Islamic Republic.

A rally at Tehran University:

Powerful! 100s of students at Shahid Beheshti University in Tehran chant, “You are the pervert, you are the whore, I am a free woman.”A chant in response to a child-killing regime that claims to preserve morality.#MahsaAmini #مهسا_امینی #IranRevoIution2022 pic.twitter.com/18yxBYhNdw

The Canco women’s basketball team take off their headscarves for a group photo.

Amid violence and killing in Mahabad in northwest city, an Iranian Kurdish party says that “the Iranian regime appears to have imposed martial law”.

The Democratic Party of Iranian Kurdistan asserted that the Revolutionary Guards entered “with heavy military weapons and equipment”. The Internet and other communications are reportedly cut off.

I'm in #Mahabad, 99% don't have
internet, power is out. Several people were injured and killed, many damaged. They are shooting at houses, the sound of screaming and shooting does not stop for a moment.
Please be our voice https://t.co/ZGsONi4dy8

Marches had been held throughout the day in the city in West Azerbaijan Province:

Protests continues in Iran today. This is from the city of Mahabad. The video speaks for itself. #MahsaAmini #مهسا_امینی #IranRevolution pic.twitter.com/xWKY5NataK

Claimed footage of security forces firing at students on the campus of Sanandaj University:

ORIGINAL ENTRY: Iran’s security forces have killed at least 57 juveniles during nationwide protests which are now in their 10th week.

Human Rights Activists in Iran (HRA) has compiled the list of , 45 boys and 12 girls under 18. Victims are as young as eight.

In the past week, at least five children have been slain by security forces amid the protests, which began on September 16 over compulsory hijab and the death of Mahsa Amini — seized by “morality police” and reportedly beaten — in police custody.

The recent killings include those of nine-year-old Kian Pirfalak and a 13-year-old teenager, among seven victims in Izeh in western Iran on Wednesday.

Iranian officials have tried to pin the murders on “gunmen”, but at Kian’s funeral on Friday, his mother Zeynab Molaeirad told mourners, “Don’t let them tell you this was a terrorist attack. The police killed my son.” She addressed Iranian officials on Instagram, “Damn you! How could you? He was only 9. [You] filthy Islamic republic.”

Killed “Just Standing on the Street”

Hassan Daroftadeh told The Observer’s Deepa Parent of his son Kumar, shot several times at close range in his hometown of Piranshahr in west Iran on September 30.

Kumar was just standing on the street. He didn’t even say a word. I don’t know with what conscience they martyred him. Piranshahr is a small town. There were no protests that night, yet they martyred my son. He was just a little boy.

“Tell My Dad I’ve Been Shot”

Mohammad Eghbal, 17, was one of 10 juveniles among at least 66 worshippers and protesters killed on the same day in Zahedan in southeast Iran. He was shot in the back by a sniper firing from a rooftop.

Working in construction since he was to support his large family, he had hoped to save enough money for a smartphone which could host an Instagram account. His last words were to a stranger: “Please take my cellphone from my pocket and call my dad. Tell him I’ve been shot.”

A relative said that at the hospital where they looked for Mohammad, “Dead bodies were lying across the floor with the screams and cries of mothers filling the air.”

The teenager was labelled a “terrorist” by regime media: “They said Mohammad was a separatist. He was only a child, he had no idea about what being a separatist means.”

“He Wanted Equal Rights for Men and Women”

On October 7, Abolfazl Adinehzadeh, 17, went onto the streets of Mashhad in northeast Iran. He never returned home.

Abolfazl was inspired to march by love for his three sisters, said his family: “He was well aware of the challenges Iranian women face. He was truly a feminist who wanted equal rights for men and women.”

A relative said, “We buried Abolfazl with more than 50 shotgun pellets still inside his body. The medical team could only remove 27. We fear for his mother and sisters who are broken and will never be able to come to terms with his death.”

As soon as his sisters heard of the news [that he had been shot], they ran towards the street screaming his name. The entire family is inconsolable. He was adored by us all.