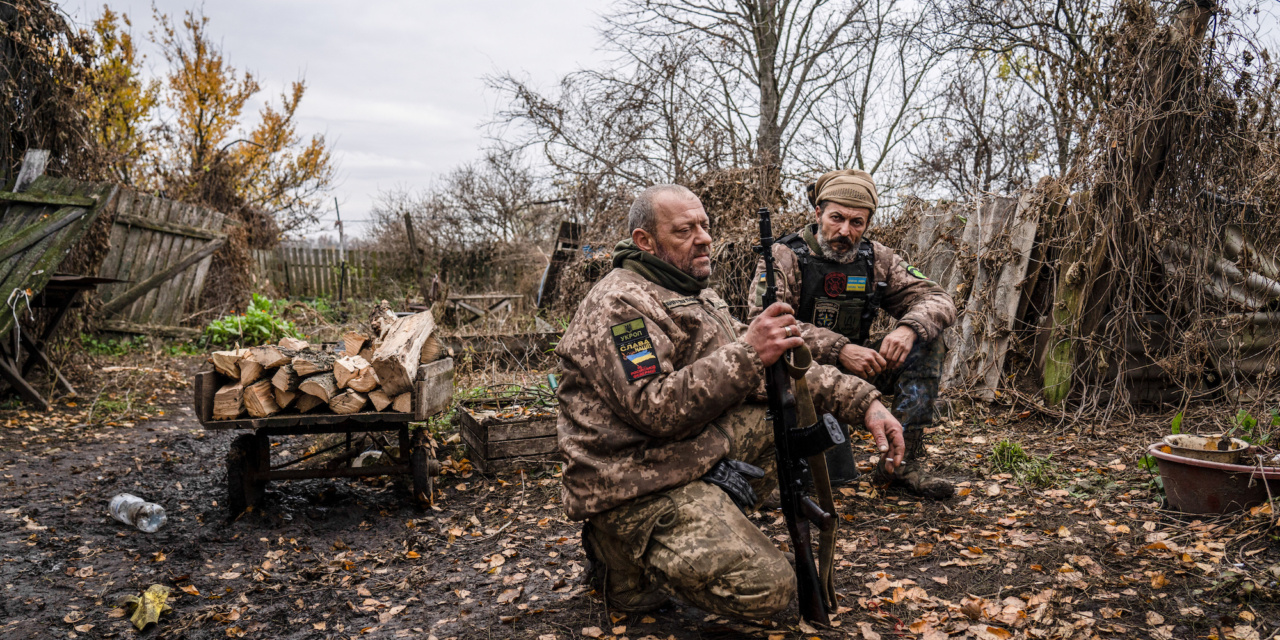 The funds complement Ukraine’s import of 8,500 generators per day to ensure electricity amid blackouts caused by Russian attacks.

Russian authorities have apparently circulated a video showing the detention of two troops who have resisted an order to go to the frontline in Ukraine.

A video appeared from the Belgorod region showing the detention of two servicemen from different units for refusing to comply with the order to go to the combat zone. The video is made with an aim of intimidating other mobiks who may decide they don't want to die for Putin. pic.twitter.com/4gsuQ1fUji

The office of Ukraine’s Prosecutor General says it has identified four “torture centers” run by Russian troops before they retreated from Kherson city on November 11.

Echoing the testimony of Kherson residents, including men abused by the Russians, the office said Russian troops had “illegally detained people and brutally tortured them” through “pseudo-law enforcement agencies” in pre-trial detention centers and a police station.

Parts of rubber batons; a wooden bat; a device used by the Russians to torture civilians with electric shocks; an incandescent lamp; and bullets from the walls were recovered. People in cells and basements were subjected to various methods of torture, physical and psychological violence.

The IAEA said there were “more than a dozen blasts within 40 minutes” on Saturday night and early Sunday morning.

Radiation levels remained normal and there were no reports of casualties. However, IAEA head Rafael Grossi said those responsible for the “powerful explosions” are “playing with fire”.

The nuclear energy company Energoatom said Russia carried out the attacks, disabling components needed for the restart of two of the plant’s six dormant reactors.

Russia’s nuclear power agency Rosenergoatom threatened to limit the IAEA inspections of the complex, converted by Russian forces into a military base.

Renat Karchaa, an adviser to the head of the agency, said on Sunday:

Access will be given, but strictly within their mandate. They tend to interpret their mandate as “without limitation”. It is not so.

ORIGINAL ENTRY: Russia is facing “severe shortages of munitions and skilled personnel”, jeopardizing their defense of occupied areas of eastern Ukraine, according to UK military intelligence.

The British analysts reported that newly-constructed Russian defensive positions near Svatove in the Luhansk region are “partially manned by poorly-trained mobilized reservists”.

The Mnoday report assesses that while the Russian lines are “now more readily defendable” in the Kherson region in southern Ukraine — where Ukrainian forces liberated the key city of Kherson 11 days ago — the sector in Luhansk is “likely now a more vulnerable operational flank of the Russian force”.

Russian proxies have held part of the Luhansk region since 2014, and Russia’s invasion seized the remainder by July. However, a Ukrainian counter-offensive swept through the neighboring Kharkiv region in September and put pressure on the Russian occupiers in Luhansk and Donetsk, collectively known as the Donbas.

While struggling to hold Luhansk, Russia has pursued a weeks-long assault in Donetsk, seeking a symbolic “victory” to offset its losses in the south and northeast.

In his nightly address to the nation, Ukraine President Volodymyr Zelenskiy said Russian forces launched almost 400 artillery strikes on Sunday in in the east.

However, Zelenskiy indicated that Ukrainian lines are holding, including in the city of Bakhmut which the Russians have been intent on overrunning since the summer.

The fiercest battles, as before, are in the Donetsk region. Although there are fewer attacks today due to the deterioration of the weather, the number of Russian shelling occasions remains, unfortunately, extremely high.

Luhansk region — little by little we are moving forward with battles.