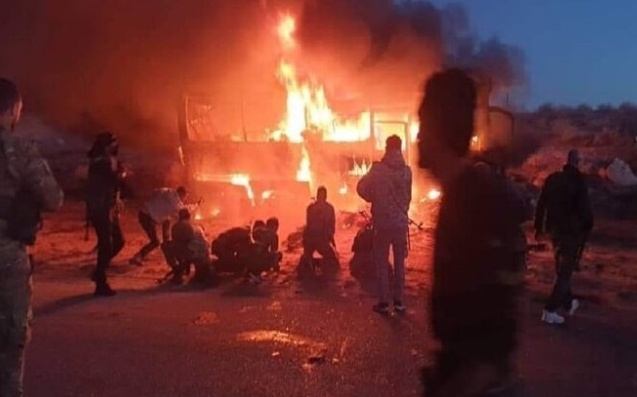 At least 18 Assad regime troops were killed and 27 wounded on Thursday when an explosive device detonated on a military bus in Damascus Province.

The attack is the deadliest since June. While the Islamic State has carried out a series of deadly bombings, there has been no claim of responsibility for Thursday’s attack.

Eleven Assad troops and two civilians have been killed in an attack on a bus on the Raqqa-Homs highway in northern Syria, according to a military official.

The official said the ambush was in the al-Jira area about 6:30 a.m. Another three troops were injured.

No details were given about the attackers. However, the Islamic State has continued periodic assaults, despite being removed from its last established position in Syria in March 2019.

In March, ISIS killed 13 Assad troops, including a Brigadier General, and wounded 18 in an assault on a bus on the Deir ez-Zor-Palmyra highway.

A missile attack in January slew five Assad troops and wounded 20 in the al-Badia desert region in eastern Syria.