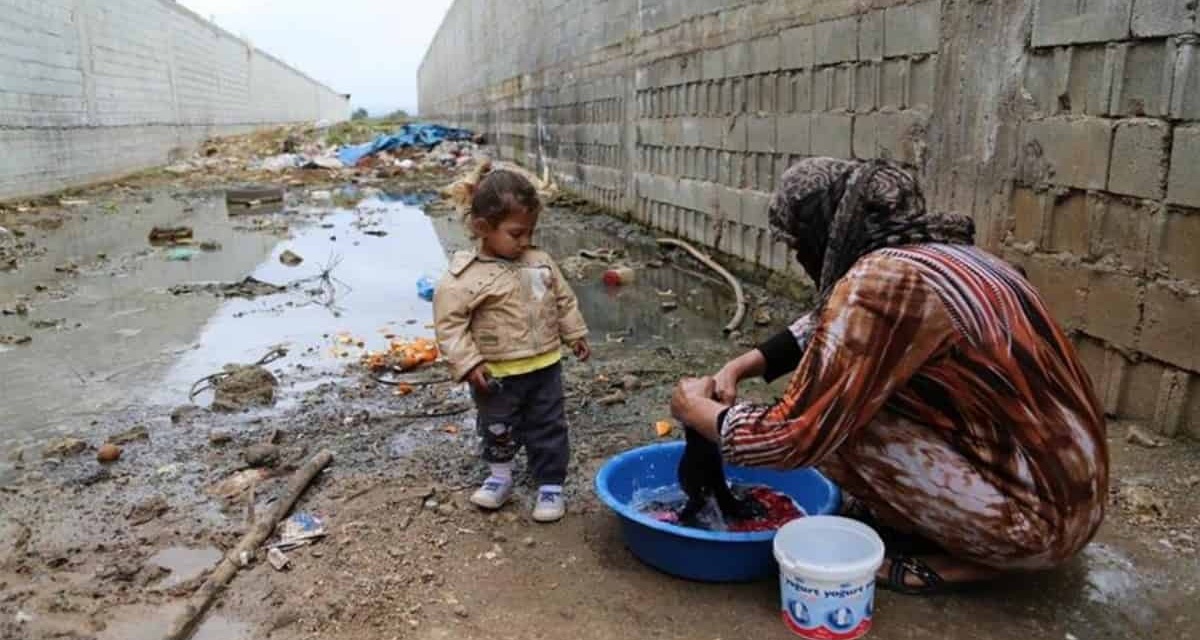 Cholera has spread into all parts of northern Syria, reaching camps for displaced persons in opposition-held Idlib Province in the northwest.

The Idlib Health Directorate said on Monday that there are three cases in the Kafr Lusin camp.

The Early Warning Program of the Assistance Coordination Unit, a Syrian NGO, has recorded 4,100 cases in northeastern and northwestern Syria. The Kurdish-controlled northeast has 4,017 of the cases, including 17 deaths.

The Assad regime’s Health Ministry has recorded 338 cases of cholera and 29 deaths. Regime-held areas of Aleppo Province account for 230 cases and 25 deaths.

Deir ez-Zor 24 reports from the eastern Syria province about the cholera outbreak:

IMPORTANT:
A comprehensive report about the #cholera outbreak in #DeirEzzor, the size of the catastrophe that is sweeping across the area, international parties are obliged to intervene immediately in order to save the locals from this pandemic@DeirEzzor24 pic.twitter.com/zEy7R6wWw7

ORIGINAL ENTRY, SEPT 18: Cholera is spreading throughout Syria, posing a “serious threat” to Syrians amid drought and the damage of almost 12 years of conflict.

Imran Riza, the UN’s Resident and Humanitarian Coordinator in Syria, said the outbreak has been fed by irrigation of crops with contaminated water and by residents drinking from the Euphrates River in the north of the country.

More than 70% of the 936 cases recorded between August 25 and September 10 were in Aleppo Province, where control is split between the Assad regime and Turkish-supported anti-Assad groups. More than 20% were in Deir ez-Zor Province in eastern Syria, whose control is split between the regime and US-backed Kurdish authorities. Other cases are in Raqqa, Hassakeh, Hama, and Latakia Provinces.

The World Health Organization has recorded eight deaths, six in Aleppo and two in Deir ez-Zor, since August 25.

The UN emphasized the role of “severe shortages of water”, amid the destruction of infrastructure since the Syrian uprising of March 2011. Drought has exacerbated the situation with reduced water levels along the Euphrates River. Farmers have blamed Turkey for restrictions seeking to pressure Kurdish authorities opposed by Ankara.

The WHO’s regional head, Richard Brennan, appealed to donors to increase funding: “We need to scale up surveillance and testing capacity….Efforts are under way to truck clean water to the communities most affected.”

The Assad regime, after contributing to the problem through years of attacks on water facilities, is declaring that “the epidemiological situation of cholera is completely under control”.

Health Minister Hassan al-Ghabash told representatives of UN agencies and health NGOs that “the Ministry is working with full transparency regarding the diseases”.