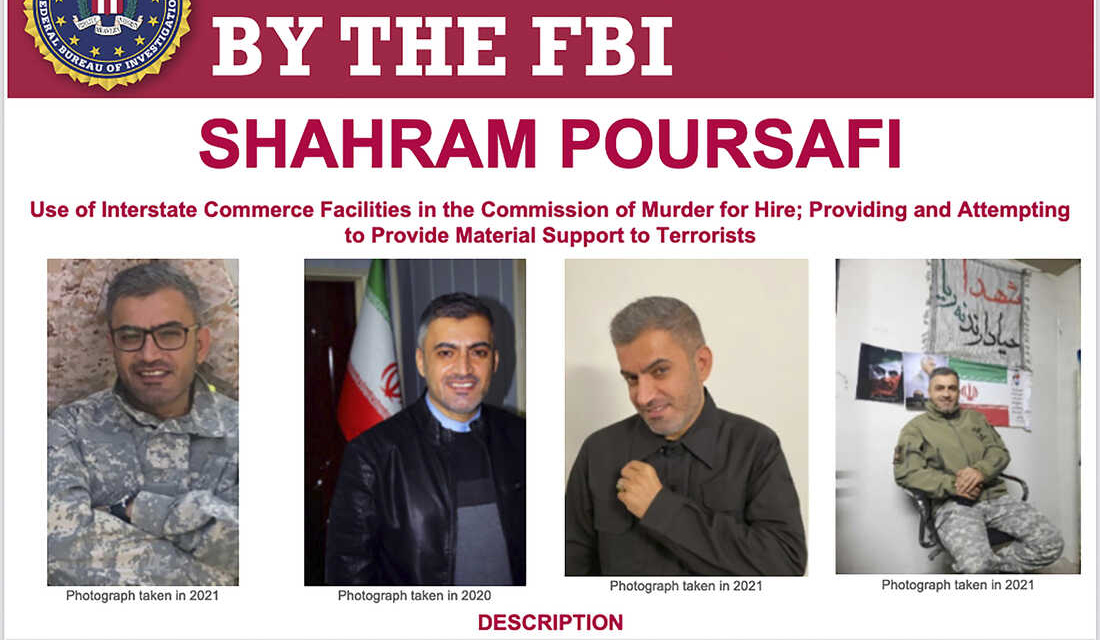 The US Justice Department has charged a member of Iran’s Islamic Revolutionary Guards Corps over a plot to assassinate John Bolton, National Security Advisor in the Trump Administration.

Poursafi was seeking retaliation for the Trump Administration’s assassination by drone of Maj. Gen. Qassem Soleimani, the head of the Revolutionary Guards’ Qods Forces, in January 2020 outside Baghdad International Airport, according to the charging document filed in US federal court.

The Justice Department said the plan was foiled by a confidential federal informant who posed as a would-be assassin. It pointed to involvement by Iranian officials, including an operative in Tehran who provided details of Bolton’s movements.

Poursafi remains at large. If captured and convicted, he could be sentenced to up to 10 years in prison for plotting through interstate commerce facilities and 15 years for attempting to provide material support for the murder.

Bolton, an Iran hawk who has advocated the bombing of the Islamic Republic, responded in a statement:

While much cannot be said publicly right now, one point is indisputable: Iran’s rulers are liars, terrorists and enemies of the United States. Their radical, anti-American objectives are unchanged; their commitments are worthless; and their global threat is growing.

Iran Foreign Ministry spokesman Nasser Kanaani said US officials are making “baseless accusations” without “credible proof or documents”. He insisted that Tehran is ready to defend itself in international courts.

We have said this before, and we will say it again: The Biden administration will not waver in protecting and defending all Americans against threats of violence and terrorism.

Should Iran attack any of our citizens, to include those who continue to serve the United States or those who formerly served, Iran will face severe consequences.

However, US officials said the indictment, and the details around it, will have no effect on nuclear talks with Iran. The discussions are at a critical stage: delegations left Vienna this week for national capitals with a European Union-drafted text for signature.

See also Iran and US Close to Nuclear Deal in Vienna?

The talks between Iran and the 5+1 Powers (US, UK, France, Germany, China, and Russia) had stalled since March over an Iranian demand that the US remove the Revolutionary Guards from a list of “foreign terrorist organizations”. The designation was made by the Trump Administration in 2019.

However, Iran has withdrawn the condition, opening the possibility of a renewal of the 2015 nuclear deal.

Prosecutors said that Poursafi reached out in October 2020 from Tehran to an unnamed US resident, asking if he would take a few pictures of Bolton for a book that Poursafi was writing.

By November, Poursafi was in contact with several other Americans on an encrypted messaging platform. He made a stunning offer to one of them — the person who was the informant — of $250,000 to “eliminate” Bolton. The offer was later raised to $300,000, with a $1 million follow-up assignment — likely the assassination of former Secretary of State Pompeo.

In January, Poursafi provided the informant “with specifics regarding the former national security adviser’s schedule that do not appear to have been publicly available”. He urged the informant to set up a cryptocurrency account for payment, to be made only after Bolton was killed and the assassination filmed.