Yes, Mr. Gove, The Experts Were Right About Brexit 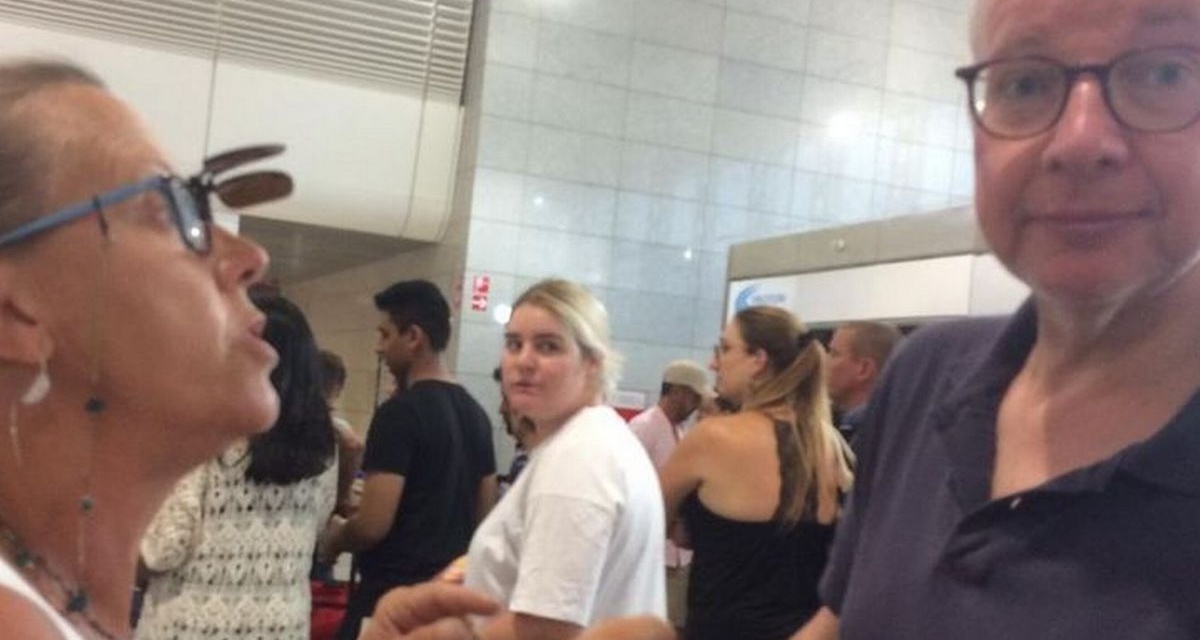 “I think the people in this country have had enough of experts from organisations with acronyms saying that they know what is best and getting it consistently wrong.” — Michael Gove, June 2016

It is more than 2 1/2 years since the UK formally departed, with Prime Minister Boris Johnson proclaiming “the dawn of a new era”. More than six months since Jacob Rees-Mogg was anointed “Minister of Brexit Opportunities”.

So how have the predictions of the “Remoaners” and “Project Fear” fared?

“The MPC [Bank of England’s Monetary Policy Committee] now projects that the UK will enter recession from the fourth quarter of 2022, and that the recession will last five quarters as real household post-tax income falls sharply in 2022 and 2023 and consumption begins to contract.” — CNBC, August 4, 2022

“The Office for National Statistics said the consumer prices index rose by 10.1% in the year to July, up from a reading of 9.4% in June and entering double figures at an earlier stage than anticipated. The figure was last higher in February 1982.” — The Guardian, 17 August 2022

“The NIESR [National Institute of Economic and Social Research] analysis suggests that leaving the EU — and instead establishing a free-trade agreement with the rest of the bloc, similar to the arrangement that Switzerland has — could reduce wages in the UK by around 3.1 per cent to 3.8 per cent in real terms within 15 years….

“The real value of UK wages has fallen at a record rate and remains below 2008 levels, according to data published by the Office for National Statistics.

During the aftermath of the 2008 financial crisis, real-pay growth for UK workers – the difference between earnings and inflation – fell to a low of -2.7 per cent in September 2011. But the latest figures from the ONS suggest that the current economic crisis has broken that record, with wage growth falling by approximately 3 per cent between October 2021 and June 2022.” — New Statesman, 16 August 2022

Worse Off Than The Rest

Of course, Brexiteers and the Johnson Government are going to play “global conditions” as their Get Out of Hell Free card. Chancellor Nadim Zahawi sheltered in the anodyne statement on Wednesday, after the publication of the 40-year record for inflation, “I understand that times are tough, and people are worried about increases in prices that countries around the world are facing.”

And of course, part of the reason for the economic deterioration has been a series of shocks from the Coronavirus pandemic to disruption of supply chains to Russia’s invasion of Ukraine.

But the fundamental is that Brexit, isolating the UK from the EU and its largest market, left Britain in a weakened position to deal with those shocks. As a result, the UK is out-performing every other developed country in its downward spiral.

Among the G7 countries (UK, US, Canada, France, Germany, Italy, Japan), only the UK is projected to have flat or negative growth in 2023.

The projected UK inflation rate for 2023 far exceeds that of its G7 compatriots. While the Bank of England expects the British rate to remain above. 10%, the US rise is expected to be 3% in 2023. Canada’s is expected to be 2%. 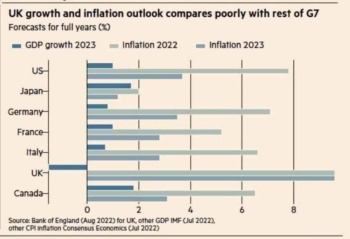 Adam Posen, who set interest rates for the Bank of England and is now president of the Peterson Institute for International Economics, summarizes that 80% of the difference between inflation in the UK and other countries is due to Brexit.

You’ve seen a huge drop in migrant labour, a disruption in labour markets that everybody experienced due to Covid and reopening, but with fundamentally less elasticity… and [Brexit] has to be a major part of it.

Posen also notes that Brexit has reduced the openness of UK trade openness and cut inflows of foreign direct investment.

Vicky Pryce, a former head of the Government Economic Service and chief economic adviser at the Centre for Economics and Business Research, adds that “a very substantial drop in the value of the pound…immediately inflated input costs” after the Brexit referendum in 2016.

“That also tends to discourage companies from investing, so you add to supply problems for the future,” she explains.

Yes, we are bearing the soaring costs of Government mismanagement and deregulation of energy markets. Yes, the UK has long-standing issues with business investment and loose monetary policy.

But this is not an either-or. Brexit has interacted with other structural and tactical weaknesses to whip up the storm.

A Postscript from Greece

Meanwhile, as the Conservative Party is mired in the pillow fight over who succeeds Boris Johnson, Michael Gove has disappeared over the past month — except when he was caught up in a lengthy queue at Athens International Airport on August 14.

Former Labour Party councillor Candida Jones spotted Gove as she was enduring a 30-hour delay of her return to the UK because of “a lack of staff due to the pandemic compounded, in the case of the UK, by Brexit”.

In a 15-minute discussion, Jones rebuffed Gove’s attempt to explain the supposed benefits of Brexit — vaccine rollouts and agricultural reforms: “You are a smart guy, and know what you are telling me is not true, and you have got to stop treating the British people as if we’re stupid.”

Gove made no comment, including whether he blamed “experts” for the encounter.