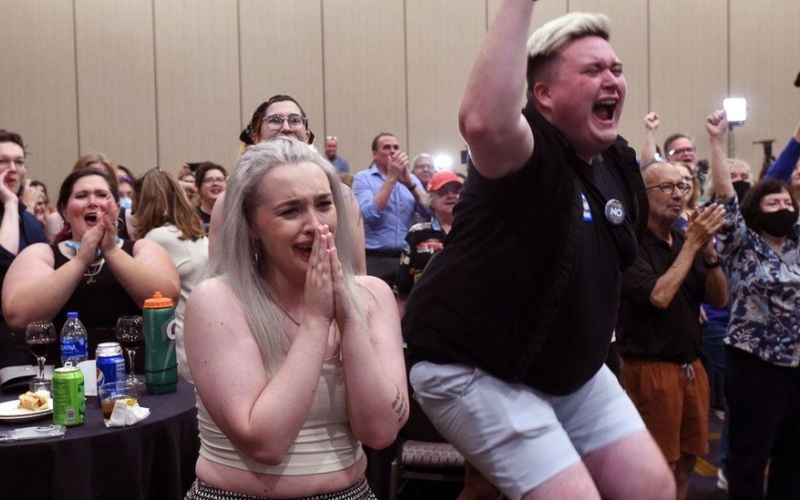 Kansas voters have firmly protected a women’s right to abortion, in the first electoral test after the US Supreme Court overturned the protection of the Roe v. Wade precedent.

On Tuesday, 59% of Kansans voted against a proposal removing the right to abortion from the State Constitution.

The outcome, less than six weeks after the ruling by six Supreme Court Justices, is even more significant because Kansas is seen as a conservative, Republican-leaning state.

Anti-abortion groups put up obstacles to casting No votes, spread disinformation, and benefitted from $3 million from the Catholic Church. However, the grassroots campaign by the pro-choice side was successful in mobilizing an unexpectedly high turnout at the height of summer.

With a series of states, controlled by Republican legislatures, moving quickly to ban or severely restrict abortions, Kansas is one of the few in the Midwest to allow provision.

President Joe Biden said, “This vote makes clear what we know: the majority of Americans agree that women should have access to abortion and should have the right to make their own health care decisions.”

Kansas state senator Dinah Sikes cried as the vote was tallied, showing friends and colleagues the goosebumps on her arm, “It’s just amazing. It’s breathtaking that women’s voices were heard and we care about women’s health.”

The spokesperson for Kansans for Constitutional Freedom, Ashley All, emphasized the success in not approaching abortion on a partisan basis:

We demonstrated Kansas’ free state roots. It will be interesting for other states to watch this and see this is not a partisan issue.

Everyone from Republicans, to unaffiliated voters to hardcore libertarians came out to say: “No, we don’t want the government involved in what we do with our bodies.”